By Gretchen Schuldt, Wisconsin Justice Initiative - Mar 15th, 2018 10:48 am
Get a daily rundown of the top stories on Urban Milwaukee

Circuit courts around the state in 2017 opened:

The numbers, provided by the Wisconsin Courts System do not reflect every  charge filed, but the cases opened in which a drug possession charge was the most serious, or first listed.

Drug possession was the most common felony case opened in Wisconsin, accounting for about 19% of felonies filed in the state last year. The 14% increase doubtless reflects the increased presence of opioids and methamphetamine in the state.

Felony bail-jumping charges are criticized by defense lawyers for the negotiating advantage they give to prosecutors. There have been double-digit increases in felony bail jumping cases every year except one during the past six years – their numbers rose 20 percent in 2012,  11 percent in 2013, 6 percent in 2014, 12 percent in 2015, and 11 percent in 2016. They accounted for just under 19% of felony case openings statewide.

Felony bail jumping ranks second in the type of case opened. Felony bail jumping occurs when person out on bond in a felony case violates the condition of the bond, even if the violation is itsef not a crime. Having a beer in defiance of an “absolute sobriety” order, for example, could subject a person to a felony bail jumping charge, as could missing a drug test or a court date. Felony bail jumping is punishable by up to six years in prison, which may well be a longer sentence than the offender faces for the original crime. 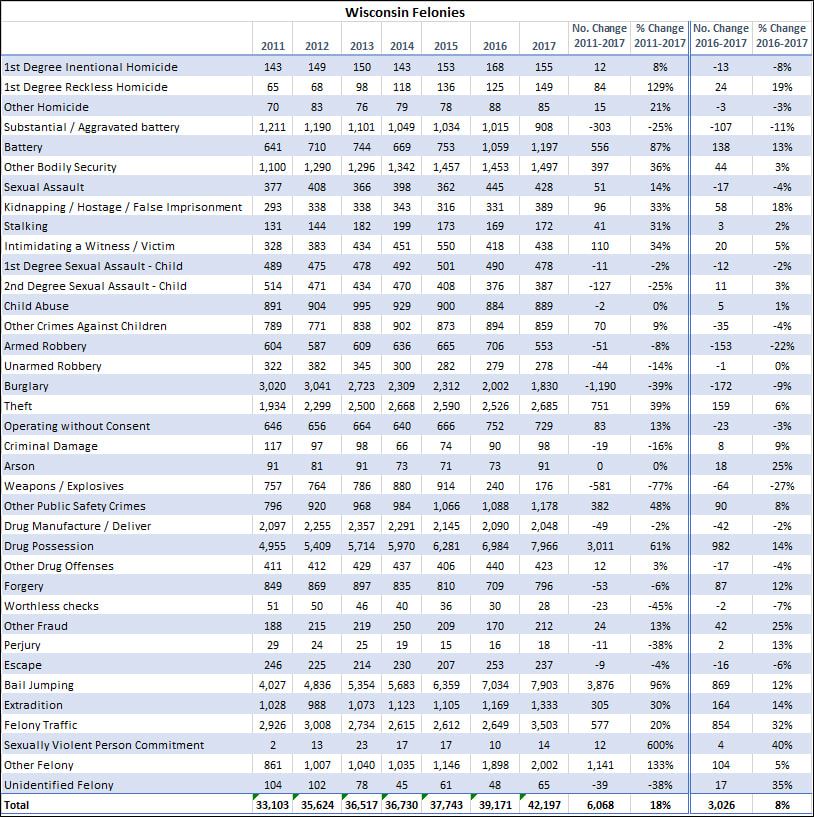 The biggest declines were in burglary and armed robbery cases, according to the statistics. 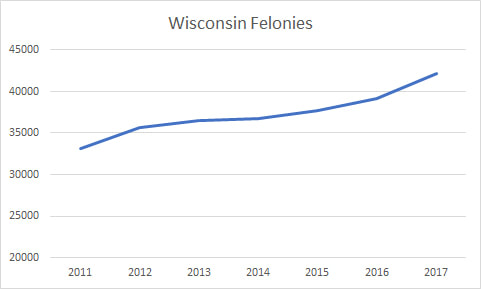