In the Shadow of the Greats 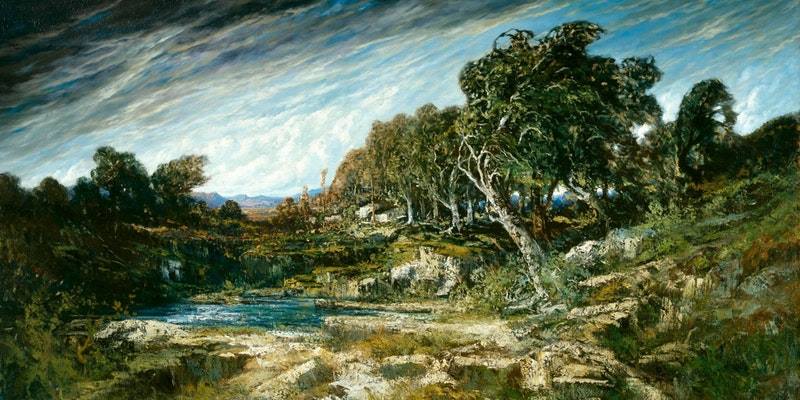 In its upcoming concert, “March Winds,” Milwaukee Musaik brings us music from east of the 11th meridian: Munich, Brno, and Budapest.

The most contemporary of the composers on the program is unjustly forgotten, Hungarian Ferenc Farkas (pronounced Ferenz Farkosh), whose life and career spanned the twentieth century. Within the walls of the impressive Art Nouveau conservatory in Budapest, the Franz Liszt Academy of Music (where a sculpture of a cloaked and brooding Liszt presides over the main entrance), Farkas produced over 700 musical works, including operas, ballets, chamber music and art songs. For a time, he played piano in a theater orchestra, which instilled in him a lifelong interest in cinema and theatrical performance. Consequently, over 120 of his compositions consist of scores for film, theater and radio plays. In 1934, following in the footsteps of the Hungarian composers before him, he began research into traditional Hungarian music. Farkas remembers the enormous presence of Bella Bartok and Zoltan Kodály on Hungarian music students. “We all wanted, with our little knowledge, to copy the style of the two masters.”

Farkas composed the set of Early Hungarian Dances, which will be performed at this concert, in 1959. As he notes, “In the music of Hungary, folk songs are manifestly of great importance, on the other hand our ancient airs and dances play a modest role. For this work I have been influenced by dances of the 17th century, written by unknown amateurs in a relatively simple style.” The work consists of an introduction followed by four dances: the Lassù (lento), Lapockàs tànc (sword dance), Chorea and Ugròs (saltarello).

In addition to the voyages into national music, the concert brings together composers with humble beginnings who often felt that they were living in the shadow of the greats. Leoš Janáček’s father was a teacher. Ludwig Thuille’s father was a bookseller. Farkas’s father was an army officer, whom Farkas remembers playing Hungarian tunes on the hammered dulcimer after lunch, cigar clenched between his teeth. And although Farkas would later tell people that he was “living in the shadow of Bartok,” Thuille struggled in his life with jealousy over the celebrated career of his friend Richard Strauss.

Janáček and Thuille were almost exact contemporaries, their births separated by only five years.

Leoš Janáček was born in 1854. He was Moravian, from Brno in what is now Czechoslovakia, a region in the south-eastern corner of the country. The strategic position of Moravia on the continent resulted in the culture drawing influences from Turks, Tartars, Slavs and Poles. This multi-ethnic background is evident in the folk music, which draws on pentatonic scales and rhythmic melodies.

In the 1880s and 1890s—the same years that found Thuille composing his sextet at the Munich conservatory—Janáček was exploring Moravian villages with an Edison phonograph, recording folk music. Listening to the musicians, he became acutely aware of the way in which speech patterns created, rather than followed, musical rhythm. He began a notation system often referred to as “speech melody,” which he would follow in all of his compositions and which was used with particular dynamism in his operas.

The suite Mládí, to be performed at this concert, was composed in 1924. “Asked on his 70th birthday for a recollection of his childhood, he composed the sour-toned Mládí,” Norman Lebrecht writes. An orphan, Janáček had been sent to a monastery for his education and the lonely life of his youth is represented musically in wistful echoes and doleful languor, underscored by the somber bass clarinet. He uses speech melody: the rhythm of the main theme is based on the words, “Mládí, zlate mládí,” or, in English, “Youth, golden youth.”

Thuille (pronounced Twee-La) is something of a musical enigma. Orphaned in 1876 at the age 15, he moved to Innsbruck to live with extended family. There he met Richard Strauss, three years his junior. The two began an extensive correspondence on musical matters, in which they both derided Richard Wagner as old-fashioned (a view likely imposed upon Strauss by his father, who forbade young Richard from listening to Wagner). While Thuille lived comfortably and was not in want of money, he was envious of the opportunities open to Strauss. Thuille became a teacher of piano and composition at the academy in Munich, while Strauss became the court music director in Meiningen. Strauss travelled. Thuille remained in Munich. He composed his grand Sextet in B flat for Piano and Wind Quintet, Op. 6 between 1886 and 1888, while in his first years of teaching at the academy. It was premiered in Wiesbaden with Thuille taking the formidable and virtuosic piano part. The work is in four movements: Allegro moderato, Larghetto, Gavotte (andante, quasi allegretto), and Finale (molto vivace).

Thuille, Sextet in B flat for Piano and Wind Quintet, Op. 6, Movement 1

It’s interesting to think that in 1888, as Thuille completed his sextet, composers in France showed the early glimmerings of Impressionism. Already the shift in musical composition toward Modernism was taking shape, to be expressed in German opera with Salome and Elektra—the works of Thuille’s childhood friend Richard Strauss. Thuille reportedly thought them to be “monstrosities.” The two composers fell out over a negative review that Strauss suspected was engineered by Thuille. After three years of silence, Thuille wrote an apology to his old friend and the two reconciled. It was to be only a short reconciliation, for Thuille died the next year in 1907 at the age of 46.
Milwaukee Musaik’s “March Winds” will be performed Monday, March 19 at 7 p.m. at the Wisconsin Conservatory of Music, 1584 N. Prospect Ave. Tickets for “March Winds” are $25 general admission and $10 students with ID. A season pass is also available for $68. Tickets are available at Milwaukeemusaik.org or Eventbrite.