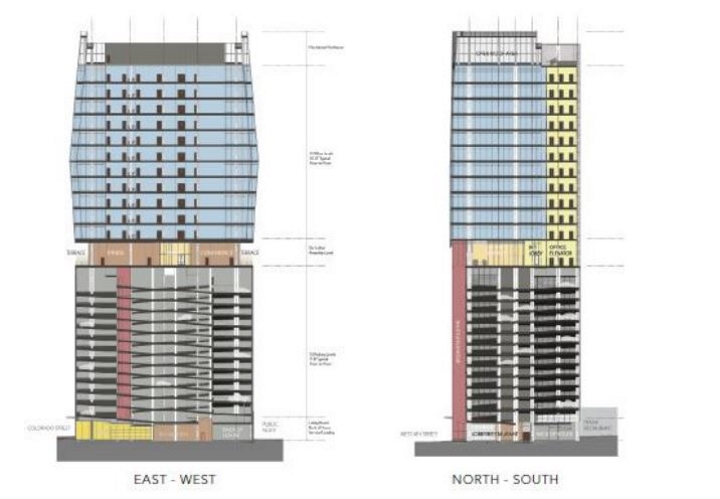 Parking is king: Last year the City of Austin’s Design Commission recently ruled that plans for a 25 story building with 13 stories for parking below 11 stories of office space violates the city’s urban design guidelines because the density bonus will house cars, not people. Recently, however, Austin Planning staff overruled that decision and said that even though the density bonus was used for cars, the project technically was still eligible since it would add “dense development” to the lot, which currently serves as a surface parking lot. (Austin Monitor)

A street data standard: Cities keep large map databases of their streets but no two are the same and are often built from scratch. NACTO (the National Association of City Transportation Officials) in association with the Open Transportation Partnership is trying to fix that by creating an open data standard for city streets that allows for easier data collection and better platform for residents and decision makers. (The Atlantic)

Start-up city: Technologists bemoan the fact that while complex technologies such as computers and cell phones have been upgraded dramatically in the last few decades, the cities people live in have not. But what if, they wonder aloud, we could build something from scratch, something that throws out all the old rules. (New York Times)

Un-convention-al idea for a dead mall: Circle Center mall was developed in downtown Indianapolis as a way to revitalize the urban core but has since fallen on hard times, recently losing its second department store anchor tenant. While some local leaders are hoping to lure an urban Target, another more intriguing idea is to turn the two department store spaces into conference halls and use the smaller retail spaces for seminar rooms. (Indianapolis Monthly)

Our work very seriously opens up the doorway to streetlamps that are nothing but treated trees, and to indirect lighting around homes.