Wisconsin has fallen from 2nd to 28th most bike-friendly state.

By Dave Schlabowske, Bike Federation of Wisconsin - Mar 3rd, 2018 02:16 pm
Get a daily rundown of the top stories on Urban Milwaukee 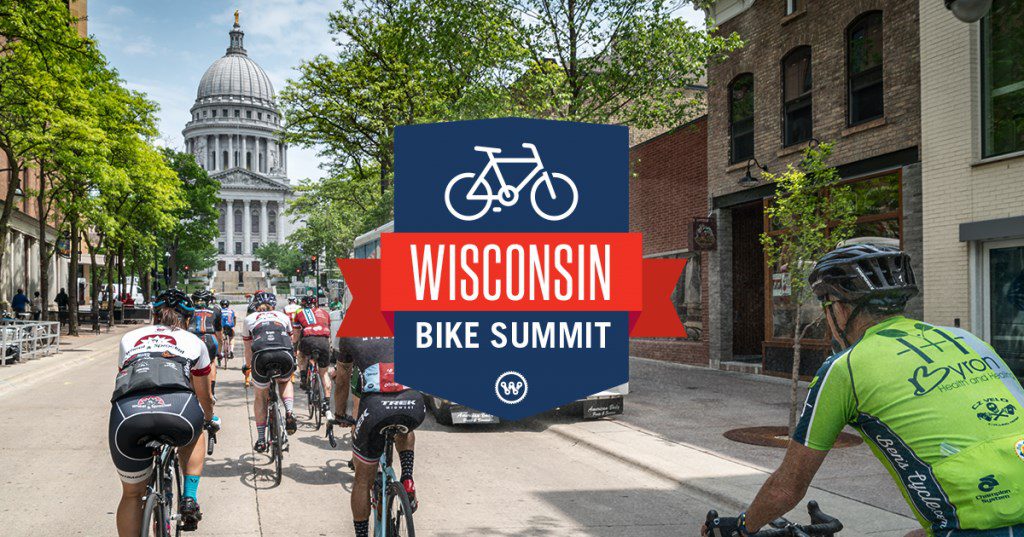 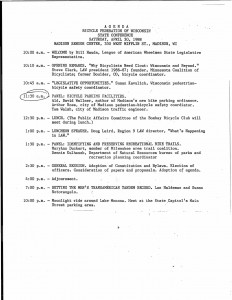 Today the Wisconsin Bike Fed has grown to 7,500 members, with offices in Madison, Milwaukee, La Crosse and part-time staff around the state. Thanks to the advocacy efforts of our members and supportive state leadership there is no doubt that Wisconsin is a better place to ride a bike today than it was in 1988. From Bayfield to Kenosha, communities large and small have invested in bike lanes and trails. By the time Governor Tommy Thompson cut the ribbon for the Hank Aaron State Trail, Wisconsin had more miles of trails than any other state in the nation and was ranked the 2nd most bicycle-friendly state by the League of American Bicyclists.

While we have made a lot of progress and local communities have become more bicycle friendly, in the last few years Wisconsin has fallen in the League of American Bicyclist’s state rankings. In 2015, we fell from the second best state in the nation for cycling to ninth, and in 2017 we plummeted all the way to 28th. As Wisconsin’s only statewide bicycle advocacy group that represents the interests of everyone who rides a bike, we don’t like being pack filler. It is time to work together to get back to the front.

Our neighbors in Minnesota and Michigan, who once chased Wisconsin, now have more miles of trails than we do and outrank us on the LAB list. Where our state has cut back, they have doubled down on cycling.

The drop in Wisconsin is largely due to recent changes in state policies that have made it more difficult for local communities to make bicycle and pedestrian improvements and federal rule changes that have all but eliminated funding for non-motorized safety programs in states like ours. It doesn’t help that Wisconsin redirects half of our federal funding for bike and pedestrian projects to highways, the maximum allowed under federal rules, or that we became the first (and so far the only) state to repeal a Complete Streets law.

]The good news is that there are a growing number of local bicycle advocacy groups who have had great success working with leaders in their communities. These local groups have built new mountain bike trails, raised money for new paved trails, are able to plow their local trails in winter, and have started community bike shops.

So the 2018 State Bicycle Summit will be a place to bring together many of these local groups to share their success stories and to build a stronger federation of bicycle advocates so we can once again have more clout at the Capitol. But it will also be a working summit where we help organize the leaders of all the local bicycle advocacy groups, bike clubs, racing teams, elected officials and business owners who believe in cycling. In order to have more success at the state level, we at the Bike Fed must do more to become a true federation of all the local cycling groups from across the state. This summit will be about sharing our vision for how we might do that while blending your ideas to move bicycling forward in Wisconsin and in your local communities.

Our vision for Wisconsin Bicycle Advocacy 2.0 has four goals:

Watch for upcoming blog posts with more detail about each of these four ideas, but don’t wait. We need you to come to the Wisconsin Bike Summit to share your success stories and your ideas about how we can get better organized to make Wisconsin America’s Best Ride again. Wisconsin may have fallen off the front, but we are by no means out of the race if we can harness all the positive energy of local advocates.

We are accepting proposals for presentations at the 2018 Wisconsin Bicycle Summit in Madison on Saturday, May 5th.

Please share your expertise, insights, and perspective at the Summit. The Summit will bring together bicycling and equity advocates, transportation planners, elected officials, and others, all working in diverse ways to make Wisconsin a great place to bicycle. We welcome ideas for panel presentations, single presentations, and facilitated discussions. Sessions will be one hour in length, reserving 45 minutes for presentation and 15 minutes for Q & A.

Presenters will receive a discount. The due date for proposals is Monday, March 12th.