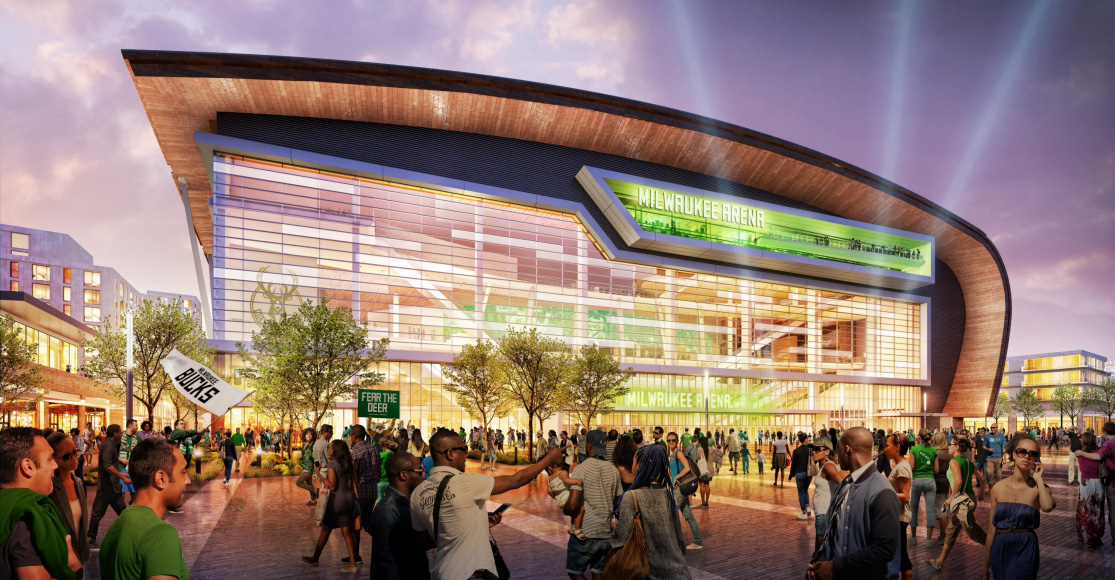 Milwaukee’s new arena for the Bucks’ NBA basketball team has a lofty name: The Wisconsin Entertainment and Sports Center. And a lofty sounding mission, to “create a new way for Milwaukee to live, to work, and to play.” It could bring in revenue to match these lofty words: Even before its opening, the new arena has booked an impressive list of music and comedy performers. Here’s a look at the center’s upcoming shows for the 2018-2019 season:

Actor/Comedian Kevin Hart extends his Irresponsible Tour with more than 1000 new tour dates worldwide. Born and raised in Philadelphia, the hard-working Hart has been touring and doing stand-up since 2009. His self-deprecating humor tackles subjects such as family, race, and pop culture. He recently starred in the movie, Jumanji: Welcome to the Jungle.

Maroon 5’s 2018 tour supports the release of their newest album, Red Pill Blues. In 2001, the band changed its name to Maroon 5 and has been touring the country since. The band is known for its pop-rock hits such as “She Will Be Loved,” “Sugar” and “Moves Like Jagger.” Frontman Adam Levine has also starred on NBC’s “The Voice.” The tour will feature special guest Julia Michaels.

Justin Timberlake – The Man of the Woods Tour

Following his performance at the Super Bowl LII halftime and the release of his album, Man of the Woods, Timberlake kicks off his music tour in North America and Europe. Originally one of the founders of popular boy band NSYNC, Timberlake launched his solo career in 2002 with hits such as “Cry Me a River” and “Rock Your Body.” Timberlake went on to create other hits such as “SexyBack,” “Suit &Tie,” and recently, “Can’t Stop the Feeling!” He is also an actor, starring on several episodes of “Saturday Night Live” and films like The Social Network.

The Wisconsin Entertainment and Sports Center booked its first act with Grammy-nominated comedian, Jim Gaffigan. Born in Chesterton, Indiana, Gaffigan has local connections as his wife Jeannie. Known for his deadpan and sarcastic style of humor, Gaffigan has released several comedy specials such as “Mr. Universe,” “Obsessed,” and “Cinco.” He also starred in a TV Land series “The Jim Gaffigan Show.”

Foo Fighters supports its international #1 album Concrete and Gold with its 2018 tour. In 1994, Nirvana drummer Dave Grohl went on to form the Foo Fighters. Since then, the rock band has released several hits such as “Learn to Fly,” “Overlong,” “Walk,” “Best of You,” and “The Pretender.”

The Eagles: An Evening with the Eagles

The band returns to Milwaukee for the first time since the death of frontman, Glenn Frey. His son Deacon Frey and country musician Vince Gill will be performing with the band. Originally formed in Los Angeles in 1971, the Rock and Roll Hall of Fame band is known for numerous hits, from “Take it Easy,” to “Hotel California” to “Desperado.”

After announcing his retirement, Elton John visits Milwaukee on his farewell tour. With a long successful career spanning nearly five decades, English pianist and singer Sir Elton John is known for such songs as “Your Song,” “Rocket Man” and “Candle in the Wind.” The concert’s title evokes his legendary 1973 album, Goodbye Yellow Brick Road.

One thought on “Big Shows Planned for Bucks’ New Arena”