And celebrity chefs will convene for unique James Beard event at Tre Rivali. 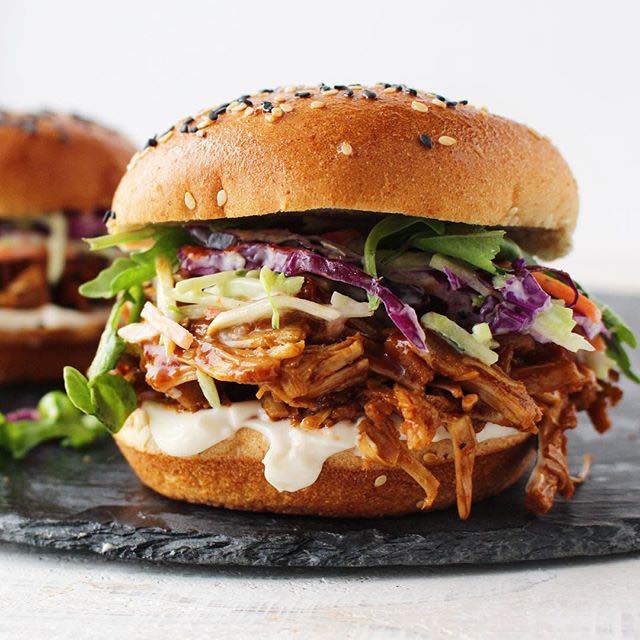 Chef and owner Melanie Manuel has announced that Beatrix Foods will open a vegan restaurant inside the former Jow Nai Fouquet space (1978 N. Farwell Ave.). The business, which served as a pop-up and caterer, has plans to open the new permanent restaurant in March or April.

Journal Sentinel reporter Carol Deptolla spoke with Manuel about her plans for the physical reincarnation of her “Rabbit food, reinvented”:

“We also plan to have a robust happy hour with specialty cocktails and fun bar bites, as well as late-night drinks with a bar menu,” [Manuel] said.

Beatrix will have a small takeout counter and a vegan “butchery” that will sell Manuel’s house-made seitan, the wheat-based faux meat, by the pound.

The restaurant will have gluten-free menu items, as well.

The restaurant will have a full bar and will serve breakfast, lunch, dinner and weekend brunch.

Calzone Restaurant for East Side

A second new restaurant coming to the East Side is D.P. Dough, a chain restaurant opening at 1515 E. North Ave., which may be serving up calzones as soon as spring.

D.P. Dough’s menu consists of a variety of calzones, including a build-you-own calzone menu. Other options include wings, breadsticks, and D.P. tots (the chain’s take on tater tots, tossed in cheddar cheese and bacon bits). D.P. Dough’s motto is “open crazy late” and locations are typically open until bar close. The chain presents itself in a light hearted tone, selling D.P. Dough shirts with a “stoney calzoney” on the front: a calzone with facial features that suggests he is “fresh baked,” as the shirt declares.

On March 7, Tre Rivali restaurant will host the James Beard Foundation’s Celebrity Chef Tour. The Third Ward establishment, located at 200 N. Broadway, in the Kimpton Hotel, will boast quite a lineup of Wisconsin chefs, its press release noted.

The James Beard Celebrity Chef Tour brings a taste of what happens at the James Beard House in New York City to more than 20 cities across the country each year. This is the first time the tour has come to Wisconsin.

More changes on the East Side. Tess (2499 N. Bartlett Ave.) will be adding a more-temporary, casual menu starting Wednesday. The new menu will only be served Tuesday through Thursday and Sunday in the lounge and is aimed at diners stopping in for an occasional drink.

The new fare will most likely change from time to time. Deptolla details the first batch of items being served:

The Tess burger ($9), from Kettle Range Meats, with cheddar, baby arugula and caramelized shallot aioli on a brioche bun with house chips.

Pabst brought its business back to Brew City in May when it opened a new brewery, taproom and restaurant. However, it looks like the company will continue to focus solely on beer in the future. From now on, the location at 1037 W. Juneau Ave. will be strictly a taproom and brewery.

“We have decided to focus the Milwaukee Brewery solely on what we do best: making great beer,” notes Greg Deuhs, PBC Master Brewer. “The Brewery will operate as a bar and tasting room for PBC fans to enjoy new and interesting beers, and will serve as a venue available to the local community.

“We are thrilled to have returned to Pabst’s birthplace and care deeply about the people of Milwaukee.”

Moving forward, the brewery will enlist the help of local food trucks to assuage the hunger of tasting room guests. The public can watch the Pabst Milwaukee Facebook page for details.

As Urban Milwaukee’s Michael Horne reported, the Wherehouse and Hot Water bars at 818 S. Water St. are being sold and and will house Boone & Crockett, Gypsy Taco and the popular Pedal Tavern and Paddle Tavern along with the Cooperage, a new event venue. John Revord, owner of Boone & Crockett (2151 S. Kinnickinnic Ave.) chef Mitch Ciohon (of Gypsy Taco) have purchased the building, as part of a”joint venture” investment with Pedal Tavern owners Derek Collins and Ryan Lloyd, as well as Paddle Tavern owners Redmund Tuttle and Ryan Jaeger,

Revord, who owns Boone & Crockett, says he has outgrown his Bay View space on S. Kinnickinnic Ave., and that the new location will permit expanded operations for his bar. Additional space will be used for events and other activities…

The easternmost portion of the property includes harbor views for Boone & Crockett. If the decor is to include suspending a tank from the ceiling, this should pose no difficulty, as the building is equipped with an overhead crane system.

The new location will facilitate expansion for both the Pedal and Paddle Tavern brands, and plans are for Boone & Crockett to build an additional patio onto the building, which will also serve as a location for the Gypsy Taco trailer. Renovations on the building will take place within the coming months. In the meantime, Boone & Crockett will remain open until a week-long closure in the spring for moving.

Say goodbye to one of the state’s best-known restaurants: Kenosha’s Mangia Wine Bar (5717 Sheridan Rd.) permanently closed on Jan. 14 after serving brunch. Mangia originally opened under the name Mangia Trattoria in 1988. The restaurant was owned and operated by Mantuano family. Tony Mantuano is a Kenosha native, but has won the James Beard award as a Chicago chef.

The Mantuanos reinvented the restaurant in 2014, remodeling the interior, making the menu more casual and putting “wine bar” in the name. The wood-burning oven, installed when the restaurant opened but newly trendy in 2014, was turned around in the remodeling so customers could watch pizzas being made.

Magnia’s website encourages patrons to “stay tuned” for news from the business. However, there no current plans for the space, according to Deptolla.