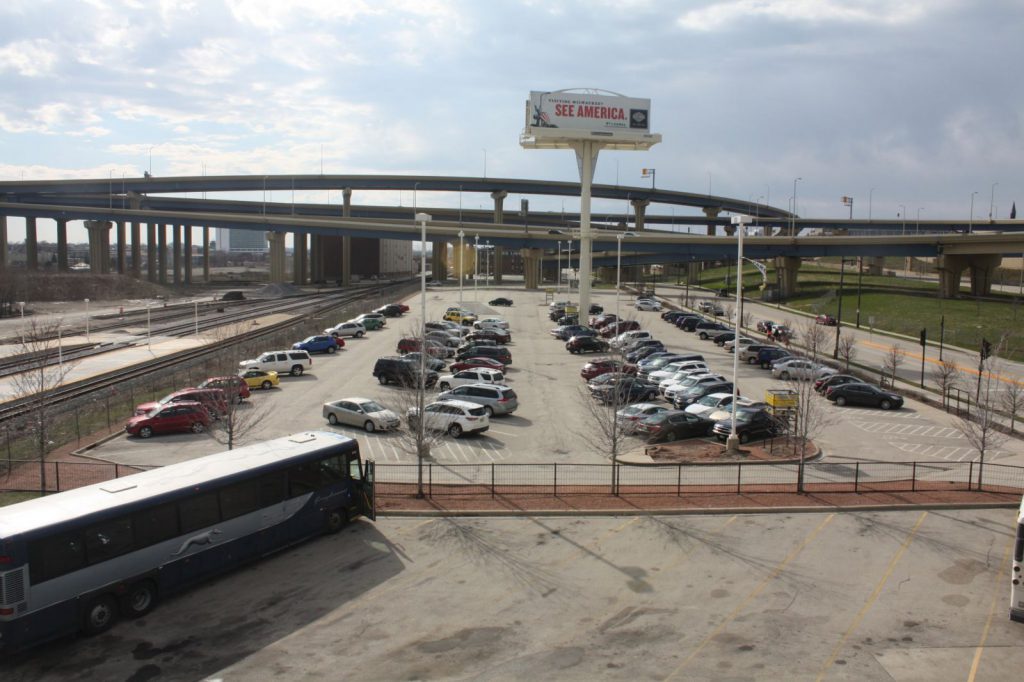 Following some high-profile vehicle break-ins, the Milwaukee Common Council is going to enact baseline security requirements for privately-owned public parking lots and garages Downtown. But how remains to be decided.

Alderman Robert Bauman, who represents much of Downtown and chairs the Public Works Committee, introduced an ordinance that would require surface lot or garage operators to have fulltime attendants, an attendant-manned surveillance platform for every 200 spaces, security lighting, video surveillance and gates. The resolution would not impact private lots and garages that don’t offer public parking.

After receiving substantial feedback in advance of the meeting, Bauman told the many downtown stakeholders in attendance that he was going to hold the measure. “I am amenable to allowing the industry to come up with their own set of recommendations,” he said  but “nothing” — no changes — “will not be acceptable.”

Bauman warned that “there are 15 votes to pass this as is.” His view was buttressed by other aldermen on the committee, who expressed their disbelief at how bad the problem has gotten.

The data is pretty convincing that something needs to be done.

Milwaukee Police Department 1st District captain Diana Rowe gave a brief presentation to committee noting that Downtown is safer than the city on average and that 64 percent of the reported crimes in downtown are theft. But of that 64 percent, “entry to automobile” makes up 67 percent and 52 percent of the vehicle break-in incidents occur in privately-owned lots or garages, with a substantial number of incidents involving multiple vehicles. Rowe noted that surface lots are the most problematic.

Based on Rowe’s report of 2017 crime statistics, four out of every ten crimes that occur Downtown are vehicle break-ins.

In the parking lot to the west of the Milwaukee Intermodal Station (701 W. St. Paul Ave.), 90 vehicles were broken into or damaged in 2017 alone. Bauman waved the lot license before the committee, noting that the “Safety Plan” portion of the license was blank.

Beyond a simple issue of staffing, the police department is unable to patrol privately-owned land. She compared it to the downtown hotels — “the hotel management isn’t going to request that police officers stand in their doorways or patrol their hallways.” But that doesn’t stop constituents from routinely calling her office asking for the department to patrol different parking lots, she noted.

Ald. Michael Murphy responded that the issue is more significant than how certain parking lots are perceived, but impacts the perception of Milwaukee. “It has a bigger impact on how the city is looked at,” said Murphy.

Frequent parking garage design critic Ald. Nik Kovac supported Murphy’s line of reasoning, noting that he had two different constituents who said they would avoid the downtown area because of the break-ins. Kovac then went on the attack against the surplus of parking spaces in the heart of the city. “We are so overparked it is ridiculous,” said Kovac. “No self-respecting Downtown is covered with the number of surface lots we are.” Kovac said that improving security shouldn’t be controversial given that so many of the parking garages end up being subsidized by the city through tax-incremental financing deals.

After the meeting, Interstate Parking Co. president Tony Janowiec, whose company operates a number of downtown lots and garages, told Urban Milwaukee that his company doesn’t favor a one-size-fits-all approach. Janowiec said “we’re going to work really closely with MPD to gather some data. The bottom line from all the stakeholders here is that security and safety is really the top concern. We have to continue to implement site-specific solutions.”

Janowiec’s firm operates the surface lot near the Milwaukee Intermodal Station that had multiple high-profile break-ins from November 23rd to December 3rd.

A letter to the council from Commercial Association of Realtors Wisconsin president and CEO Tracy Johnson echoed many of Janowiec’s statements. Johnson’s letter complained that “the timing of this ordinance when the commercial real estate market is at a fever pitch sends a message to the marketplace, that doing business Downtown may have unexpected and incremental user fees such as this.”

The committee is likely to revisit the proposed ordinance at their regularly scheduled February 14th meeting.

Parking isn’t the only downtown safety measure Bauman has on his radar. The alderman has also introduced a file that would require canopies be erected over sidewalks bordering downtown construction or demolition sites. The measure is expected to be heard at next Tuesday’s meeting of the Zoning, Neighborhoods & Development Committee.