East side yoga studio has a fun, family feeling. You'll always be greeted with a smile. 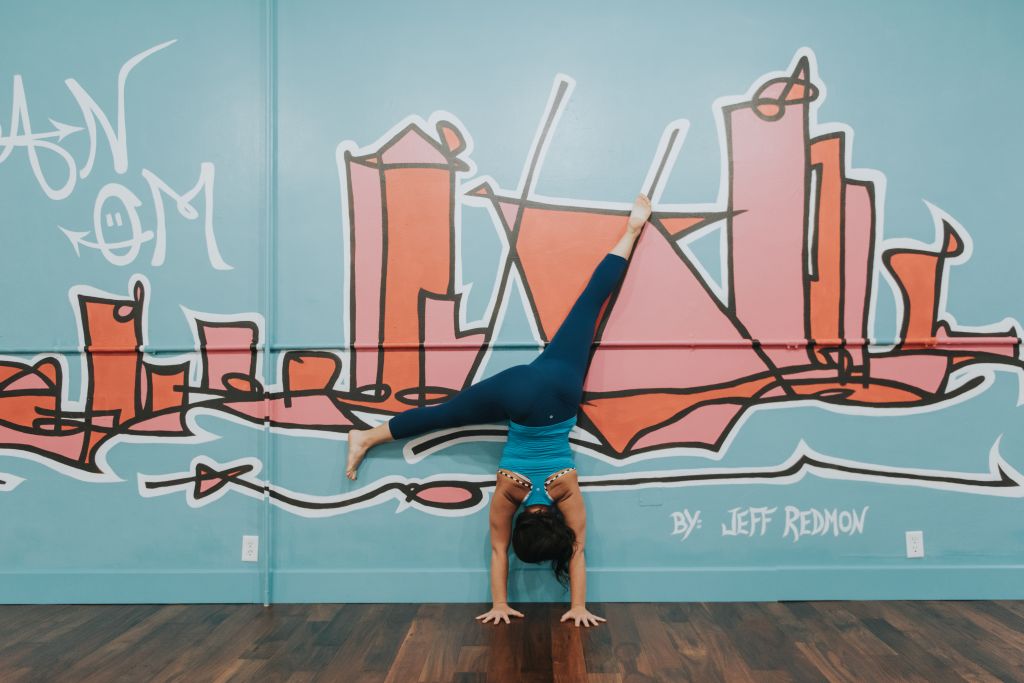 Urban Om welcomes all Milwaukeeans to stop in and join their community to help celebrate the studio’s third birthday on Friday, January 19. But, yoga isn’t all you will find inside this east side studio. Within the two-story building, you’ll see a colorful mural of Milwaukee’s skyline, a community of people of all shapes, sizes and ages, a few disco balls and a hint of glitter.

“It feels like a family here,” says studio owner Kelsey Weaver. “I didn’t expect how quickly this would feel like home. Our teachers and students have really helped to build a community.”

Through the past three years, thousands of Milwaukeeans have practiced and mingled within the studio. Downstairs, the studio space is decorated with a large Milwaukee mural designed and painted by local artist Jeff Redmon. He painted Weaver’s favorite part of the Milwaukee skyline: the view from Discovery World’s pier, and they worked closely together to get the perfect coloring scheme and style that blended both of their visions. 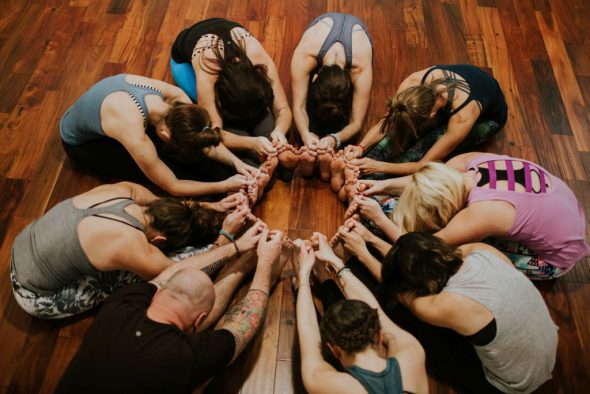 Last year, the studio took their business to the next level: upstairs. Complete with hardwood floors, another studio space and a large lobby, Urban Om is both spacious and cozy. The lobby is decorated with plants, a homey sectional couch and a hint of sparkle in the white wall paint. In fact, Urban Om is the only studio in Milwaukee to have a couch in their lobby.

Weaver teaches four classes per week at Urban Om. She received a master’s degree in business administration in marketing and always knew she wanted to own a business. After going through her yoga teacher training, she knew she wanted to own a yoga studio, but didn’t think she would be able to until much later in life. She taught in various Milwaukee yoga studios for two years before deciding to open her own studio. Now, the 29-year-old is so excited to celebrate her studio’s third birthday.

“Urban Om has its own unique and powerful essence,” says Weaver. “It almost feels like my child!”

To celebrate, a special glow-in-the-dark class, their Hip Hop Glow Flow is being held. This yoga class includes body paint, glow sticks, U.V. lights and fun and energetic hip hop music. Cake, a champagne toast, and light snacks will be served after the class to continue the celebration. The class is only $5 for members and $25 for non-members and will be held from 6 p.m. to 8 p.m.

The studio is open to a variety of students and tolerates zero discrimination. There are great differences in age, gender, race and body size throughout the classes.

“You can be anyone and practice here,” says Weaver. “Everyone is approachable so no one feels like they don’t fit in. You’ll always be greeted with a smile when you walk through the doors.” 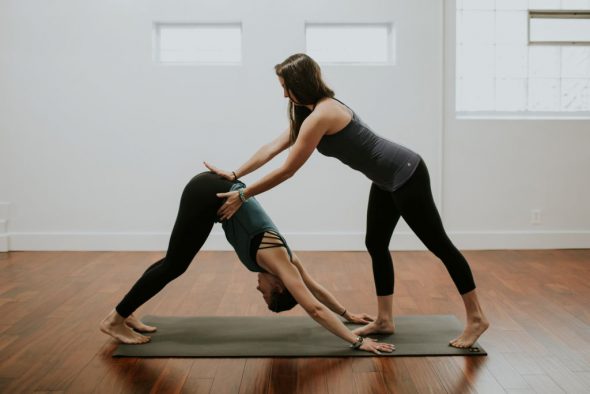 “You can be anyone and practice here,” says studio owner Kelsey Weaver. Photo by Ren Lenhof / Studio 29 Photography.

“We incorporate spiritual aspects to help find who we truly are, but we also play rap music in class. We are not showing up just to sweat, but we will pump some beats.”

Urban Om offers many traditional classes (where beats are as pumped), but they also have fun workshops and trainings a few times per month. This includes arm balance workshops, full moon crystal flow classes, Urban 108 classes (including 108 sun salutations at every change of season), and Friday night 6 p.m. happy hour classes where students are welcome to join the staff at a local Milwaukee establishment afterwards. Fun studio stickers are also created and distributed, including special ones for The Urban 108, and can be seen on many yogis’ water bottles and laptops.

Urban Om, 2410 N. Farwell Ave., hopes to fill their studio with excited Milwaukee yogis of any level to help celebrate their big day. To sign up for the Hip Hop Glow Flow: Urban Om Turns 3! event, visit their website.