UM Hosts Screening of The Blood is at the Doorstep 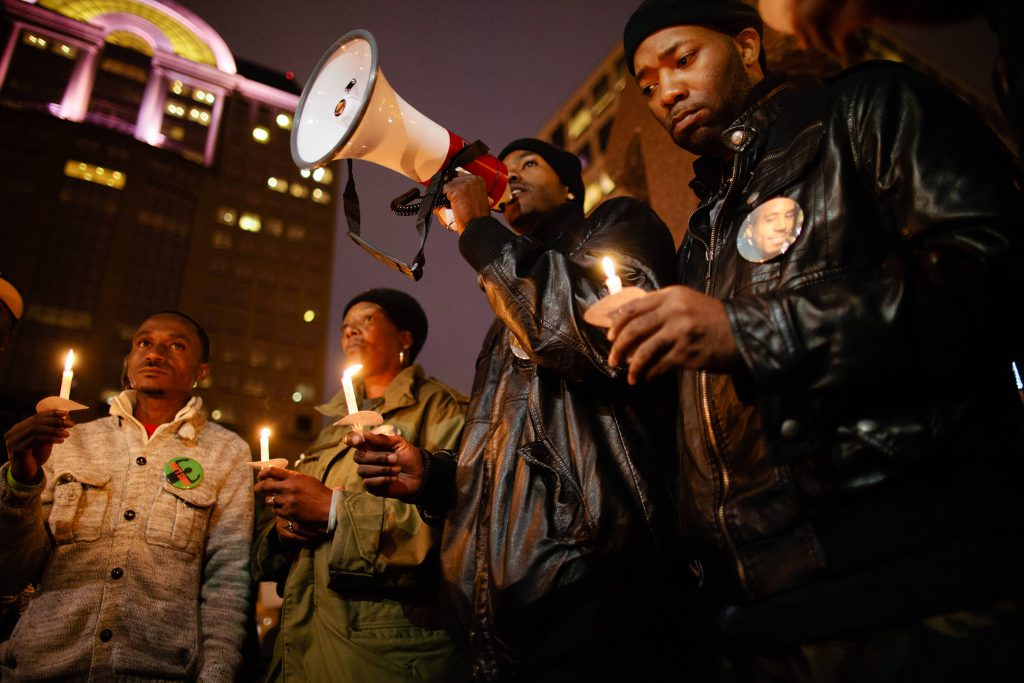 Join Urban Milwaukee and local filmmaker Erik Ljung at the Urban Harvest Brewing Company theater for a special screening of The Blood is at The Doorstep. The film, which was the centerpiece screening at the Milwaukee Film Festival, follows the aftermath of the tragic killing of Dontre Hamilton at the hands of Milwaukee Police Officer Christopher Manney in 2014.

Ljung, who will be in attendance at the event, spent years embedded with the Hamilton family. To tell the story, Ljung combined that access with interviews of many community leaders including Police Chief Edward A. Flynn, District Attorney John Chisholm and police union president Mike Crivello.

The film, Urban Milwaukee’s most anticipated film of the 2017 Milwaukee Film Festival, will be shown in an intimate screening at the Urban Harvest Brewing Co. 50-seat theater.

The event starts at 6:30 p.m on January 25th. The screening, sponsored by Urban Harvest, will start at 7:00 p.m. A discussion will follow the screening.

Urban Harvest is offering $1 off all beers for event attendees. Did we mention there’s free popcorn?

Tickets are $10 for the general public. Urban Milwaukee members will receive a discount code via email for $5 tickets.

Interested in becoming a member? Membership starts at $9/month. Join today and immediately receive access to half price tickets.

About The Blood is at The Doorstep

On April 30, 2014, Dontre Hamilton, a black, unarmed man diagnosed with schizophrenia, was shot 14 times and killed by a Milwaukee police officer responding to a wellness check in Red Arrow Park.

Filmed over the course of three years in the direct aftermath of Dontre’s death, this intimate verite documentary follows his family as they channel their grief into community organizing in an attempt to reset the narrative. The film offers a painfully realistic glimpse inside a movement born out of tragedy in what the Hollywood Reporter calls “An urgent report from the front lines of an American crisis.”

For more on the film, see Jeramey Jannene‘s interview with filmmaker Erik Ljung.

Established in 2016, Urban Harvest Brewing Company is a Milwaukee on-site neighborhood brewery and taproom that brews fresh, handcrafted ales in small batches several times a week. Their core menu of beers offers a diverse selection of quality beers to choose from, while numerous unique special release and seasonal offerings flow from the taps throughout the year.