By Marguerite Helmers - Jan 5th, 2018 02:26 pm
Get a daily rundown of the top stories on Urban Milwaukee 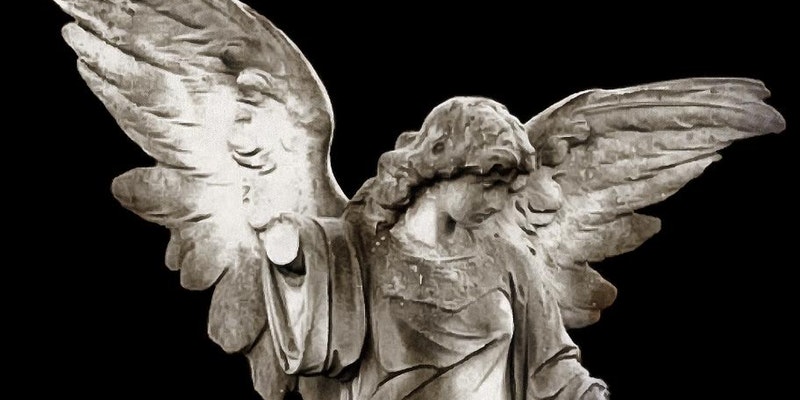 Milwaukee Musaik opens its season with a program of ethereal works for chamber orchestra titled “Transcendent Voyage.” The concert will be performed at 7:00 p.m. Monday evening, January 15 at the Wisconsin Conservatory of Music. In keeping with previous seasons, the group will feature new composers and seldom performed works. Artistic Board President Sascha Mandl calls them the “unsung heroes” of music.

“The theme of angels came about because of Mozetich,” explains Mandl, referring to “Angels in Flight” (1987). “We built the program around that piece.”

Marjan Mozetich is Slovenian, born in Italy in 1948, and now living in Canada. “I remember his name from when I was in Banff and heard about him from friends,” Mandl recalls. Then this summer, while Mandl was playing at the Sunflower Music Festival, “Angels in Flight” was on the program. “The audience was captivated,” says Mandl. “They were drawn in by the cyclic effects of his writing.”

The 20-minute piece is divided into three sections evocatively titled Arrival and Dialogue, Song of the Eternal, and Eeparture. Each instrument in the ensemble takes up a bit of dialogue between the angels, with the traditional celestial instruments flute and harp prominently featured.

The evening’s concert opens with a more earthly work: Georg Philipp Telemann’s “Trio Sonata in A Minor for Flute, Violin and Continuo” (1739-1740), one of many trio sonatas by the composer. Telemann dreamed of being a composer, Mandl explains. His family discouraged him, but he persisted in fulfilling his vision.

Alexander Glazunov’s “Reverie Orientale” (1886), a short one-movement piece for clarinet and string quartet follows. Glazunov’s Orient was the Caucasus, which entered the Russian artistic imagination following the Caucasian War and the annexation of the southern steppe region. The piece follows the trend toward exoticism in music and the arts at the turn of the century. Built on an Eastern scale, the work is transparent and melancholy. Mandl notes its otherworldly quality.

The first half of the program closes with Christopher Theofanidis’s “Visions and Miracles” (1997) for string quartet. Theofanidis is an American composer (b. 1967) whose work is known for its exploration of dreams, visions, and metaphysics. Having written several pieces “that were fairly gritty and dark,” Theofanidis turned to the reflective influence of poetry in order to compose new works of a more sanguine nature.

“Visions and Miracles” is in three movements, marked by programmatic titles. Movement one, “All Joy Wills Eternity,” derives from Friedrich Nietzsche’s Thus Spoke Zarathustra (1891). The second movement, “Peace Love Light YOUMEONE” takes its name from the inscription on Timothy Leary’s crematorial urn. “I Add Brilliance to the Sun,” the title of movement three, is purportedly from a medieval troubadour. The piece has a Moorish sound, inspired by Spanish medieval music, in fast and alternating beats of two and three.

Following intermission, the ensemble will perform a seldom-heard classic from 1935, Arnold Bax’s “In Memoriam” for English horn, string quartet, and harp. Born in England, but feeling an affinity for all things Irish, Bax moved to Ireland and adopted an Irish name, Dermot O’Byrne. As O’Byrne, he wrote pastoral poetry and composed music with Celtic themes.

“In Memoriam” is a political statement and elegy composed in response to the execution of the visionary Irish political leader Padraig Pearse after a military coup in 1916 that was violently suppressed by the British army. Bax’s lament is voiced by the English horn. His pro-rebel sentiments appear in a musical quote from a well-known song of the Irish republicans, “Who Fears to Speak of ‘98” (circa 1843).

New this season is a venue change: the group will now perform at the Wisconsin Conservatory of Music. The intimacy of its Helen Bader Hall means, “We will be bringing people closer to the music,” says Mandl.

Further concerts this season will include “March Winds,” featuring the formidable Thuille Sextet for piano and winds. The season continues in May with a program that highlights classic works reflecting on childhood titled “Kindermusaik, and the Kitchen Sink.”

“The kitchen sink is there to wash the dishes at the end of the season,” Mandl jokes.