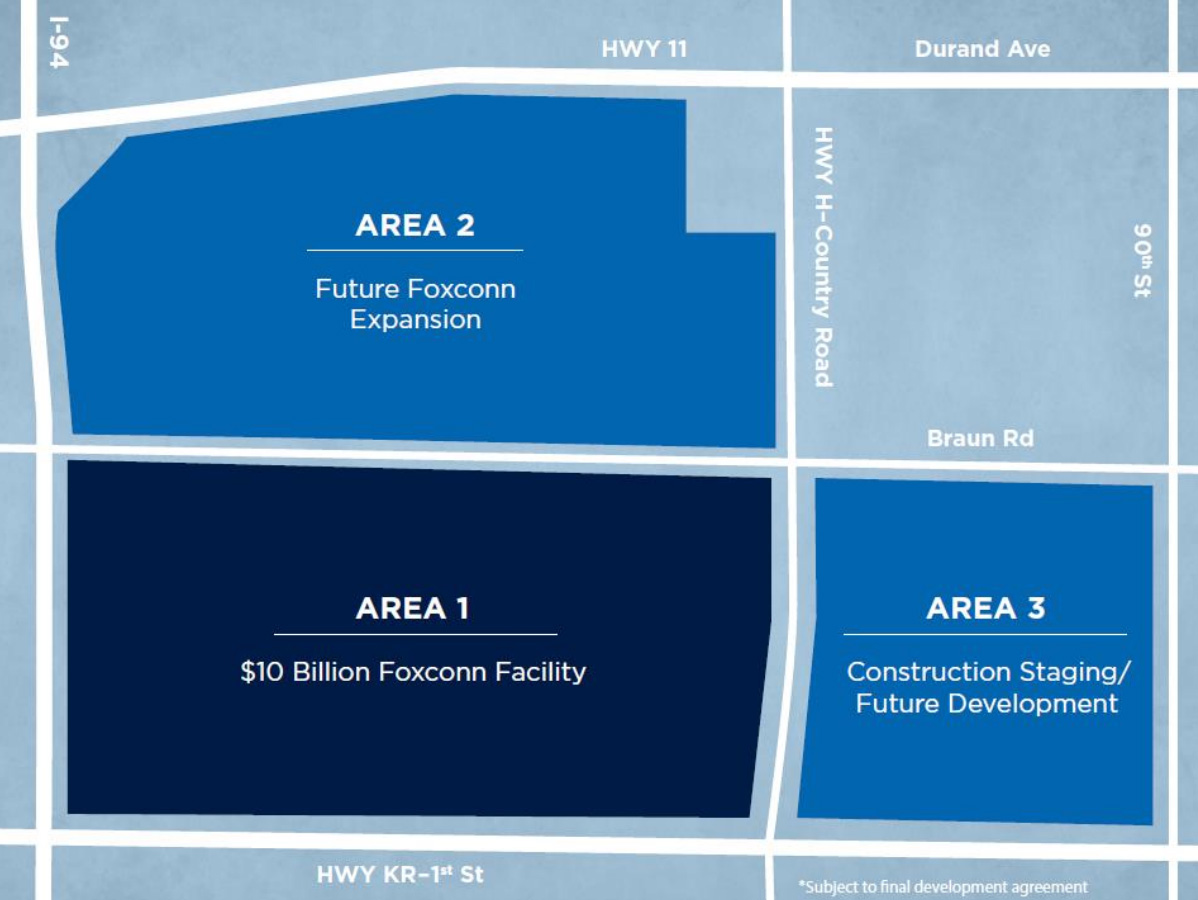 The idea of Milwaukee developing a satellite city near the proposed Foxconn campus in southern Racine County continues to inch forward. Alderman Bob Bauman first floated the idea at a meeting of the Public Works Committee earlier this month. The alderman has now authored a directive for the Department of City Development to investigate the possibility of purchasing 500 contiguous acres in the town of Yorkville.

Yorkville is an attractive destination for the city because it is just west of the Foxconn site, located across Interstate 94 in rural Racine County. Bauman wants the land as a way for the city to provide affordable housing for Foxconn workers. The 20 million square-foot facility is expected to employ up to 13,000 people, many of whom could come from Milwaukee’s most impoverished neighborhoods and would lack reliable transportation to the campus.

“Personally I would prefer the investment in transit to get our people there and back” says the alderman, but short of that he thinks the city should explore annexing the land to provide ready access to well-paying jobs for impoverished city residents. Should the annexation prove too complex, the city could still enter into a partnership through the Housing Authority of the City of Milwaukee with a private developer to construct affordable housing in the area and provide opportunity to current city residents. He says the city has a role to play because it’s unlikely Mt. Pleasant or Sturtevant are going to construct affordable housing.

At a hearing two weeks ago, assistant city attorney Jeremy McKenzie laid out six conditions that must be satisfied for the city to annex the land. “When I first got the assignment I thought there is probably no way to do this,” McKenzie told the Public Works Committee. But sure enough, there is, although it’s quite the difficult path.

The land isn’t likely to be cheap. The Foxconn proposal, which occupies over 1,000 contiguous acres, sent land prices soaring in advance of its announcement. The company was reportedly offering $50,000 per acre to assemble the site, meaning the city’s purchase could cost $25 million. And while assembling a site that large in the city itself would certainly be more expensive, it would come with a number of infrastructure improvements including roads, water mains and sewer hookups. If the city buys the land they would be on the hook to build out that infrastructure.

Acquiring a 500 acre site would likely require the city to purchase multiple farms and adjoining properties. The average Wisconsin farm is 209 acres according to the state’s Department of Agriculture, Trade and Consumer Protection.

The size of the site would dwarf a number of other large projects in Milwaukee. The biggest redevelopment project underway in the city, Century City, is taking place on a 60-acre site near N. 31st St. and W. Capitol Dr. The Menomonee Valley redevelopment included brownfield remediation of 300 acres.

For more background on the idea, including its historical precedent, see my coverage from December 13th “Could Milwaukee Build a Foxconn City?” 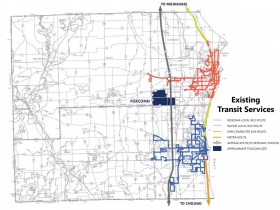 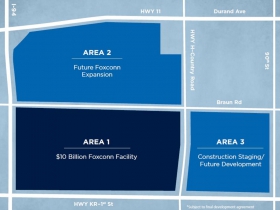 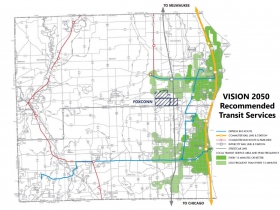 5 thoughts on “Eyes on Milwaukee: Should City Buy 500 Acres in Racine County?”