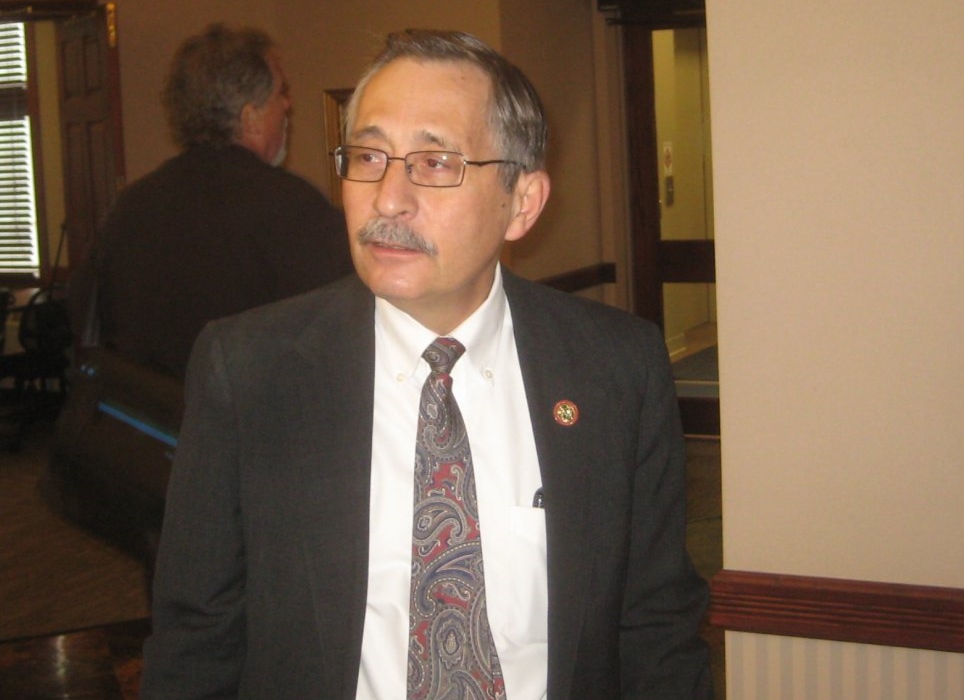 Branch 41 Circuit Court Judge John J. DiMotto was surprised by his 93-year old mother’s unexpected reaction to the news that he plans to retire in February, leaving two years remaining on his term.

On the contrary, DiMotto told his mother. He and his wife Jean, also a retired judge, are fit and healthy, and, 43 years after graduating with a law degree from the University of Wisconsin, DiMotto decided to pursue opportunities and interests long subordinated to work, he said in an interview with Urban Milwaukee.

Mom was not the only person who feared a health scare.”That was a lot of people’s concerns,” DiMotto said. (Jean DiMotto had a serious illness in 2012 that kept her off the bench for months.) “But it never crossed my mind.”

DiMotto says he has five trips planned this year, with more to come. These include law seminars in New Orleans and Las Vegas, just to keep his hand in the legal game, as well as personal travel with his wife, including a May trip to Europe. The jurist is every bit as meticulous in his travel preparations as he is with his legal briefs. He and Jean decide where to go, and then “we book our own airfare, do not go on guided cruises, take public transportation, walk,” and otherwise familiarize themselves with the working heart of a city, and not its ossified arteries of tourist commerce.

On December 18, 1974 – 43 years ago to the day – I graduated from the University of Wisconsin Law School. Two days later I began working in the Milwaukee County District Attorneys Office as an unpaid “intern” until I was sworn in to the Wisconsin Bar on January 16, 1975 when I officially began my duties as an Assistant District Attorney. On April 3, 1990 I was elected to the Circuit Court of Milwaukee County as the first judge to serve in Branch 41 which was created by the Wisconsin Legislature in the fall of 1989. I was sworn in as judge at my investiture on August 1, 1990 and have served in Branch 41 for the past 27+ years. I have loved every day of my life; first as an assistant district attorney and then as a circuit court judge. However, with some degree of sadness but with great exhilaration, I have decided that the time is right for me to retire. My last day on the bench will be February 27, 2018 and I will officially begin retirement on February 28, 2018. Jean and I are both healthy and happy and we want to do the travelling that we have deferred over the years because of our commitment to our judicial service while we are healthy and able to do so…

In 2016 DiMotto ranked first among the state’s 249 Circuit Court judges in an anonymous survey of 2,245 trial lawyers statewide conducted by Gannett. He was elected to the bench in 1990, and is only the second Milwaukee County judge to have served in all six divisions of the court, including Misdemeanor, Felony, Civil, Probate, and Children’s Court. Each had its particular challenges, he says. DiMotto’s time in Probate Court coincided with the Great Recession, where an expeditious closing of an estate might require selling long-held real estate assets at fire-sale prices, if they could be sold at all. Children’s court is a venue of sorrow, when families must be broken up, and joy, when a childless couple and a homeless child can be joined in adoption. “I wanted to experience every area of the law,” he said.

To DiMotto, a small claims case regarding a homeowner’s faulty water heater is every bit as significant as a case involving a multinational corporation. “Every case is as important as the next,” he said. “Especially for the litigant.”

In December, 2009, Judge DiMotto called me into his chambers, where we both sacrificed our lunch hour for the purpose of getting his honor set up with a Blogger account.

DiMotto had been a regular reader of Milwaukeeworld.com, which I was then writing, and thought he would try his hand at the new medium of communication.

Matthew Spencer Petersen, the failed Trump Federal Court appointee, who was unable to define basic legal terms during his confirmation hearing last week, would have been advised to read DiMotto’s December 22nd, 2009 post entitled “The Role of Motions in Limine in Trial Work.

Petersen was also tripped up by the Daubert Standard, which was alien to him. DiMotto likewise covered that issue in his January 29, 2015 post entitled “Daubert in Wisconsin — Three Years Down the Road.”

Active in the Community

DiMotto is a fan of Badger football, and writes frequently about his experiences at the games at his law school alma mater. He also shows interest in the University of Maryland Terrapins, in deference perhaps to his only child, a daughter Anne, who is a graduate of that college.

For years, he has served soup along with fellow members of La Societa di San Giuseppe at the annual Taste of Italy, held in April at the Italian Community Center. For a person who is otherwise punctilious in his responsibilities, the judge showed an uncharacteristic lack of interest in collecting my ticket for the soothing broth, leaving me no option but to redeem it at the wine counter instead.

DiMotto is also interested in the Wisconsin Chapter of the Justinian Society of Lawyers; an upcoming convention in Las Vegas will give him a rationale to visit that city in the desert.

DiMotto is also well known to attendees of the regular Spaghetti Dinner at St. Rita’s Roman Catholic Church, a part of Three Holy Women Parish 1601 N. Cass St. He helps with the cooking of the sauce, and is a communicant of the church, a direct descendant of the famed Little Pink Church, the city’s first Sicilian parish. He is usually among those judges who participate in the annual St. Patrick’s Day parade downtown, and in the follow-up celebration where he joins other judges after the event. He also socializes frequently with his best friends, sports author Mark Concannon, and retired prosecutor Bob Donahoo. Concannon and his wife had dinner with the DiMottos after the retirement announcement, and said his friend was looking forward to his travel adventures and other activities, citing his and his wife’s good health. “And let’s face it,” Concannon said, “being a judge in a courtroom is a lot of work. Why not get out while his health is good, and his wife’s, and they have a chance to stay active? Not to mention the good pension”

DiMotto’s Facebook friends are accustomed to his frequent reviews of motion pictures. He is a wonderful son, and takes his mother out to the movies many times a month, as a good son should. (Please do not let my mother get any ideas from this.)

Mom and I just saw “Star Wars: The Last Jedi.” This was a very well-done movie. Great special and visual effects. The cast really delivered: Mark Hamill, the late Carrie Fisher, Adam Driver, Daisy Ridley, Laura Dern, Benicia del Toro, Oscar Isaac, et al — and of course they have set the plate for the next sequel. Even if you’re not a Star Wars fan I recommend this film if you like science fiction and special-effects.

Despite his busy court calendar, DiMotto was able to attend 46 screenings during the Milwaukee Film Festival this fall. “I know!” said Patti Keating Kahn, a film festival board member, and herself a wife of a retired Milwaukee County Circuit Court Judge. “I saw John at many of the screenings.”

As DiMotto formulates his retirement plans, he has more than travel on his docket. “I want to do some reserve judge work, maybe some mediation. But I don’t want my focus to be just on the law…” No, he is looking for other adventures.

Maybe the Milwaukee Film Festival could use a new board member in the person of John J. DiMotto.

4 thoughts on “Plenty of Horne: Judge John DiMotto to Retire”