Former state senator is new parks director, will be assisted by Jim Tarantino. 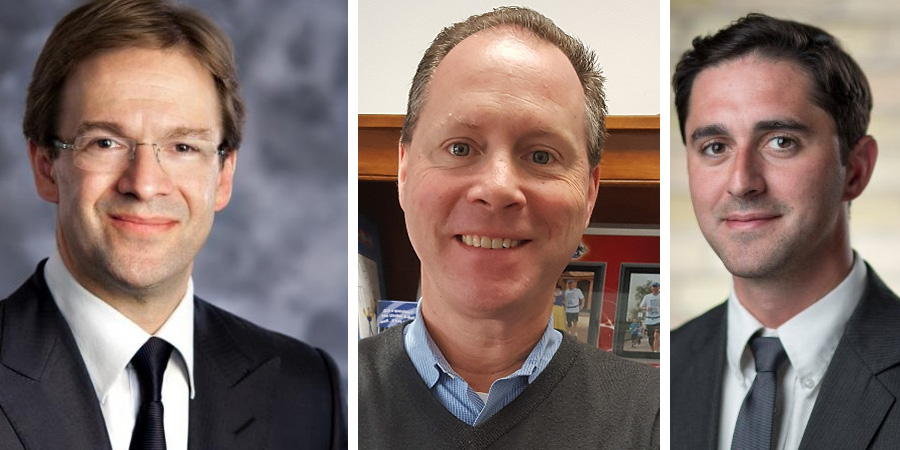 Jim Sullivan is the new head of Milwaukee County Parks. County Executive Chris Abele announced the appointment of Sullivan to the role via press release on Wednesday. Sullivan will be joined by county economic development director James Tarantino, who will assume the position of Chief of Business Services for the parks department.

Sullivan will be the third parks director since Abele took office in 2011. Sue Black was fired in 2012 and Abele declined to comment on the matter at the time, telling reporters “I don’t owe you gossip.” Her replacement, John Dargle, resigned at the end of November. No reason was given for Dargle’s resignation.

The parks department has a $39.6 million budget and 217 employees.

Sullivan has served in the Abele administration for six years as the director of Child Support Services. A release from Abele’s office touts Sullivan as having “transformed the department into a national best practice model, collecting hundreds of thousands of dollars from delinquent parents who had the ability to pay but didn’t, implementing new programs to help parents who wanted to meet their obligations but couldn’t, and connecting parents to supportive community resources such as peer mentoring, job training and placement, and driver’s license recovery. The department is the only Child Support Agency in the United States awarded a $10 million, 5 year, New Pathways for Fathers and Families grant from the U.S. Administration for Children and Families.”

Before joining the Abele administration Sullivan had actually run against Abele and three other candidates for Milwaukee County Executive in 2011. He finished third in the primary with 21.65 percent of the vote and ultimately endorsed Abele.

Sullivan’s move into county politics came after he lost his state senate seat in late 2010 to Republican Leah Vukmir. Sullivan, a Democrat, had defeated incumbent Republican Tom Reynolds for the post in 2006.

Sullivan’s appointment will need confirmation from the Milwaukee County Board of Supervisors.

Tarantino has served as the county’s Director of Economic Development since 2015. He filled the position following the promotion of Teig Whaley-Smith, who now heads the Department of Administration. During his time in the role Tarantino has managed the county’s real estate portfolio, including the sale of the Park East land to the Milwaukee Bucks for $1, selling The Couture to Barrett Lo Visionary Development for The Couture and leading the sale of numerous county-owned tax foreclosed properties.

Prior to joining the county, Tarantino served as the head of the Gateway to Milwaukee Business Improvement District bordering General Mitchell International Airport. A statement by Taratino from when he left that position jokes “Over the last 5 years it has been my genuine pleasure to serve The Gateway to Milwaukee as an intern, project coordinator, accountant, landscaper, researcher, patrol officer, event planner, and eventually Executive Director. Looking back I have a great sense of pride in the accomplishments that I was a part of and the progress that this organization has made in revitalizing Milwaukee’s airport area.”

A release from Abele says Tarantino’s new position “has been vacant for several months, due to the retirement of a long-time County employee.”

Sullivan and Tarantino are scheduled to begin their new roles on January 2nd. Janet Schutz Nelson, chief legal counsel for Child Support Services, will serve as its interim director until a new director is hired.

One thought on “Eyes on Milwaukee: Jim Sullivan Will Head County Parks”