By Elliot Hughes, Milwaukee Neighborhood News Service - Dec 3rd, 2017 09:06 am
Get a daily rundown of the top stories on Urban Milwaukee 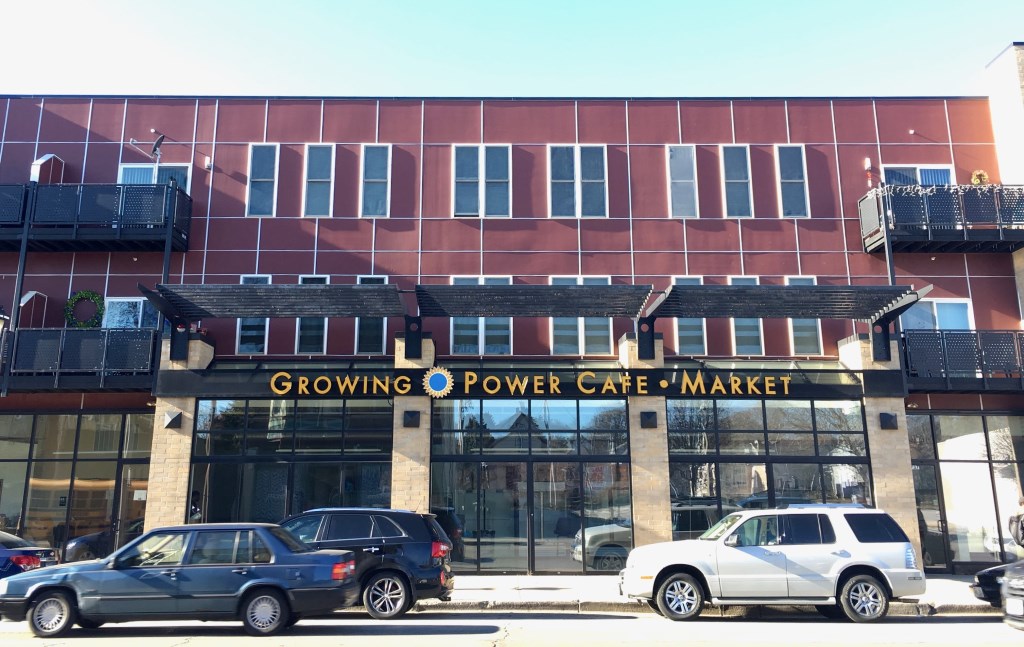 When Ossie Kendrix was a college student coming home for a visit, he used to buy fresh produce for his mother and grandma at a stand on Silver Spring Drive. When he started working at City Hall, he’d grab some of the same food out of a “pop-up shop” nearby.

The man behind that produce, Will Allen, who founded the nonprofit Growing Power and became a nationally recognized leader in urban farming, helped Kendrix visualize more clearly what was possible for an African-American male to achieve. 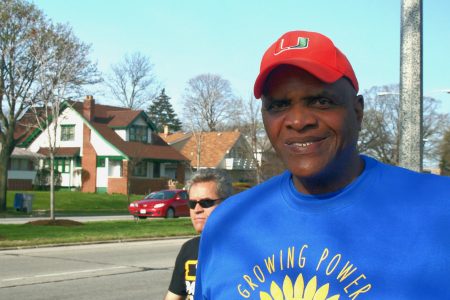 “Seeing that really made me recognize the level of opportunity as an African-American male to lead an organization and also be passionate about the work that benefits the community,” said Kendrix, who is now the president and CEO of the African American Chamber of Commerce of Wisconsin. “Just to see the trajectory of Growing Power … was a blessing for me.”

The Milwaukee Journal Sentinel reported on Nov. 20 that Allen was retiring, and that the organization he leaves behind has an uncertain future. Growing Power is mired in financial trouble with pending legal judgments totaling nearly a half-million dollars.

That news hits hard for some community leaders, who appreciated Growing Power for its green, sustainable food practices, its influence on urban farming and the healthy food it spread throughout the city. But those interviewed feel good about the future of urban farming and that of Dr. Martin Luther King Drive, where the nonprofit had a cafe-market.

“It left a sort of thought in my mind that we would be missing a person that brought a very unique opportunity to Milwaukee… with the health-conscious focus [of] Growing Power,” said Deshea Agee, executive director of the Historic King Drive Business Improvement District, where Growing Power operated a cafe and produce market. “We’re losing the active mind of a genius.”

Growing Power, which was founded in 1995, will now be led by Operations Manager Brian Sales, who also co-founded Green Veterans, a nonprofit that introduces military veterans to green entrepreneurship. When asked about the future of Growing Power, Sales said, “Green Veterans Wisconsin is spearheading and architecting the transition and reorganization of Growing Power.”

An announcement about the nonprofit’s future is expected soon, he said.

Growing Power’s website has been stripped of all content and workers could be seen emptying the cafe-market at 2719 N. King Drive on Wednesday.

Several people lamented that Milwaukee will lose a face that brought positive attention to the city. Allen, 68, was a recipient of the John D. and Catherine T. MacArthur Foundation’s “genius grant” in 2008 and was named one of the 100 most influential people in the world by Time magazine two years later.

But at the same time, they expressed confidence that the urban farming movement in Milwaukee would continue. Growing Power helped nurture several other urban agriculture groups in the city, including Walnut Way Conservation Corp., which was co-founded by Sharon Adams, a former board member of Growing Power.

Adams and Deneine Powell, executive director of Groundwork Milwaukee, both said Allen’s legacy of urban farming will continue in the city. Powell said the movement now has an opportunity to experiment with new ideas that differ from the Growing Power model.

“Urban agriculture has to change, has to shift, has to be flexible and I think this is an opportunity for that to happen,” Powell said. “Will has laid the foundation.”

The cafe-market on King Drive had not been operating for about a year, according to Leo Ries of the Martin Luther King Economic Development Corp., which owns the space. Ries said he is “actively working” with a new tenant that would fill a much-desired void in the neighborhood: a gathering space.

“I think the fact that there’s so much desire for that type of venue, I think that bodes well for the next tenant,” Ries said.

Ries and Agee both declined to give any specifics about the possible new tenant, although Agee said it would be a “second location” for the business and that it could open “really soon.”