By Wisconsin Democracy Campaign - Nov 22nd, 2017 12:59 pm
Get a daily rundown of the top stories on Urban Milwaukee

A conservative candidate for an open Wisconsin Supreme Court seat in next spring’s elections hired two former executives with the Koch-backed Americans for Prosperity as campaign advisors.

The candidate, Sauk County Circuit Judge Michael Screnock, hired the Champion Group, saying, “Their track record of success in Wisconsin will only help us continue to build momentum and spread our message to voters who believe in the rule of law.” 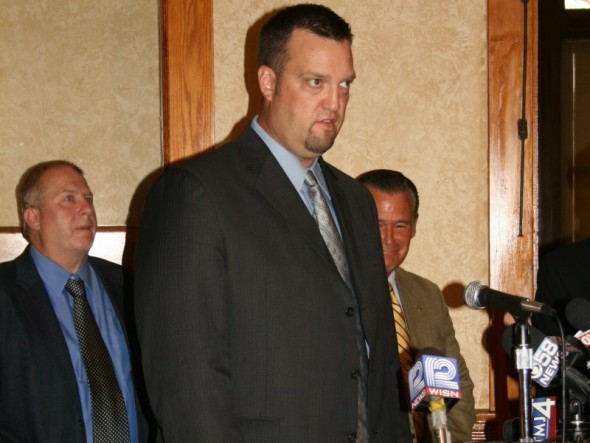 Americans for Prosperity is a rightwing outside electioneering group created and funded by billionaire brothers Charles and David Koch. The group has spent an estimated $5.7 million since 2010 in Wisconsin to support conservative and GOP legislative and statewide candidates.

Screnock announced his candidacy for the high court in June, only days after conservative Justice Michael Gableman said he would not seek reelection in 2018 to a second 10-year term on the court.

Screnock was appointed a Sauk County circuit judge in 2015 by Republican Gov. Scott Walker to fill a vacancy and ran unopposed for a full six-year term in 2016.

Before being appointed circuit judge, Screnock was a lawyer with Michael Best & Friedrich and among a team of outside lawyers who successfully defended Walker’s 2011 plan to slash public employee collective bargaining rights. Screnock was also part of the legal team hired in 2011 by majority Republican lawmakers to successfully defend a plan that redrew legislative district boundaries to generally favor Republicans in elections through at least 2020.

One of the legal challenges by Democrats to the GOP redistricting plan is now before the U.S. Supreme Court.