By Margo Kirchner, Wisconsin Justice Initiative - Nov 15th, 2017 11:53 am
Get a daily rundown of the top stories on Urban Milwaukee 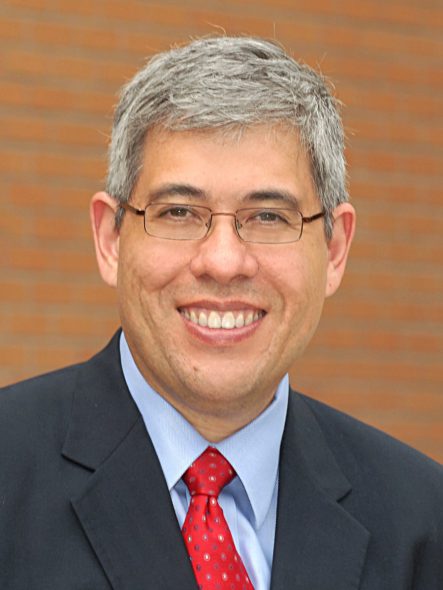 Gabriel “Jack” Chin. Photo from the University of California, Davis, School of Law.

The automatic aftereffects of a criminal conviction – exclusive of the sentence – can hit someone like “a ton of bricks,”  according to Gabriel “Jack” Chin, a law professor at the University of California-Davis.

Chin noted that about 60% of felons are sentenced to probation instead of prison, not warranting severe punishment as part of the sentence. But the collateral consequences of a felony conviction hit hard across the board. Collateral consequences differ from state to state but, according to Chin, can include:

In Chin’s view, the less significant the crime, the more significant and troubling these collateral consequences. He used as an example New York’s class B felony for selling $10 of crack, which can result in probation, yet brings with it the host of severe aftereffects. (Wisconsin’s second offense marijuana possession felony law punishes even more trivial wrongdoing with similarly harsh consequences.)

Significantly, such collateral consequences last a lifetime, except for the rare pardon or expungement.

And the number of consequences a person faces can grow, as new ones can be imposed on old convictions. A felon’s move to another state can mean additional restrictions.

The scattering of collateral consequences throughout federal and state statutes and regulations adds to a defendant’s or attorney’s difficulty in grasping their full scope, in Chin’s view, and efforts are underway in many states to compile them. (In Wisconsin, the State Public Defender, in partnership with the Collateral Consequences Resource Center, maintains a compilation at http://wisconsin.ccresourcecenter.org/.)

Chin estimated that about 75 million adults in America have criminal records, so these consequences affect a substantial portion of the country’s population. He noted the cost to society when a person who could make a living and contribute cannot due to collateral consequences. He noted as well the cost to society in denying forgiveness and redemption to felons, citing President George W. Bush’s 2004 speech stating that America is the land of the second chance.

Chin also suggests that courts reform ex post facto clause legal doctrine to stop the addition of new consequences years after a sentence was imposed and served. The U.S. Constitution’s ex post facto clause prohibits prosecution for action that was legal when taken, but later made illegal. It also prohibits laws that increase the punishment for crimes already committed.

According to Chin, the modern U.S. Supreme Court has misinterpreted long-standing precedent to view collateral consequences as civil forfeitures rather than as punishment. As a result, under current U.S. Supreme Court case law, Chin said, new consequences can be added at any time (until the death of the offender). He advocates instead for a return to principles discussed by the Supreme Court in the late 18th and early 19th centuries, which allowed for application of the ex post facto clause to any law that adds a collateral consequence to an offense after the offense is committed.

In his 2004 State of the Union address, President George W. Bush stated:

Tonight I ask you to consider another group of Americans in need of help. This year, some 600,000 inmates will be released from prison back into society. We know from long experience that if they can’t find work or a home or help, they are much more likely to commit crime and return to prison.

So tonight, I propose a four-year, $300 million Prisoner Re-Entry Initiative to expand job training and placement services, to provide transitional housing and to help newly released prisoners get mentoring, including from faith-based groups.

America is the land of second chance, and when the gates of the prison open, the path ahead should lead to a better life.