How Hispanics Are Changing Milwaukee 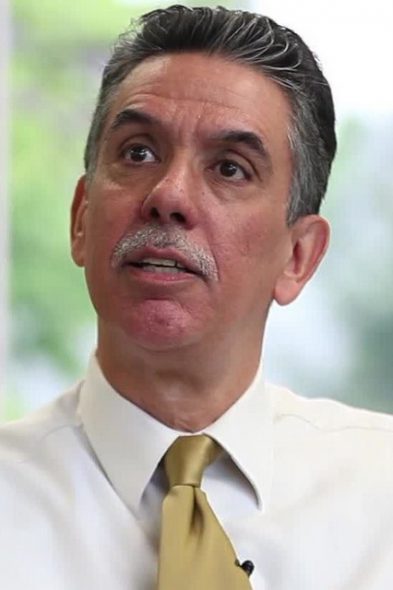 “We think Milwaukee is going to go as far as the Hispanic community is going to take it.”

Ricardo Diaz, executive director of the United Community Center, made this statement recently as he sat down with journalist Mike Gousha and discussed the future of the social services agency he leads and the importance the city’s fastest growing demographic group.

Mirroring what is taking place elsewhere in the U.S., Milwaukee’s Hispanic population is climbing upward. In recent years, organizations such as the Greater Milwaukee Foundation have put a spotlight on the growth through various studies.

Since 1990, the number of Hispanics in Milwaukee has more than tripled, standing tall at about 160,000 persons in the city today — and demographic forecasts suggest the trend will continue moving in that direction.

At a time of growth from the Hispanic community, Diaz said the UCC plays a vital role in Milwaukee’s overall infrastructure.

Gousha, who had Diaz as a guest for his most recent “On the Issues” installment Nov. 9 at Marquette University, described the UCC as “a powerhouse organization on Milwaukee’s near south side.”

The UCC serves a range of people — from infants to the elderly — within the Hispanic community through its array of services.

Diaz initially oversaw the UCC from 1984 to 1988. He returned in 2003 for a second stint and has been leading it in the near decade-and-a-half since. In his second go-around, Diaz has ramped up the organization’s forays into education.

Despite its complex array of programs and services, Diaz said the UCC’s mission is relatively simple.

“It’s about bringing Hispanics to the middle class,” Diaz said. “Our role is to serve as a bridge. How can we get there?”

Education serves as an important part of the figurative bridge, Diaz said, and it was a focal point of his sit-down with Gousha.

“We think that education is the civil rights of this era,” Diaz said. “It opens doors.”

Within its confines, the UCC operates its own elementary and middle schools, but Diaz said the organization has not — and does not aspire to — operate its own high school. Although offers have been made to start one, Diaz said the UCC believes it’s important to eventually immerse students into situations outside their comfort zone.

“You’re going to be getting them into an environment that is very competitive,” Diaz said. “That’s how you do business.

There is much to celebrate about Milwaukee’s broader education system, Diaz said, though he said he shares concerns about the challenges facing the Milwaukee Public Schools in both its district and charter schools.

Too often, Diaz said educators are fighting about a school or organization’s existence and, by extension, a teacher’s employment.

“None of this is about the kids,” he said. “But I think our problems are solvable. We have many good things going on here.”

Striving for excellence, Diaz said, is at the heart of every decision occurring within the UCC.

When it comes to operating a nonprofit organization, Diaz said there is a clear benchmark he uses: “Would you put your relative in the program you’re trying to run? If the answer is ‘no,’ it shouldn’t be good for anyone else either.”

One thought on “How Hispanics Are Changing Milwaukee”