The Pure Power of Polyphony 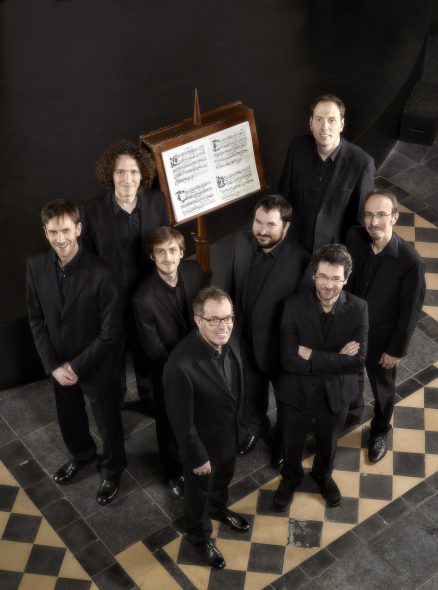 Early Music Now opens its 35th season hosting Cappella Pratensis, an extraordinary a-cappella group from the Netherlands, this Saturday at Grace Lutheran Church. Cappella Pratensis offers an authentic 16th century sound. This eight-man choral ensemble performs glorious polyphony – works from the height of the Renaissance. They include mesmerizing plain chant from an earlier period which remained at the heart of the Christian Mass.

As part of their efforts toward an authentic sound, the group clusters together around a single choir book written in original notation. Artistic Director Stratton Bull argues that the result is a more unified and committed sound. “Standing as a group (in a closer) relationship to the other singers, you hear their breath. That brings everyone together.” The minimalist score, with no bar lines or metric notations, requires the singers to use their judgment to shape the sound. “Results are better when it is from memory. It is harder to make music when you are reading.”

Bull describes the result of workshops the group runs with contemporary singers. “Polyphony is four songs together. Once you have really learned your part, suddenly – out of the mists – a beautiful piece of music emerges. Through the magic of counterpoint, it all fits together into a piece —  a magical moment. ”

The ensemble takes their name from a favorite composer – Josquin des Prez. (The Latin form of Josquin’s name is Iosquinus Pratensis.) Check out a Youtube performance here and Soundcloud recording here to appreciate why their recordings have won acclaim and honors.

Reviewer Jon Sobel observed, “When all eight voices joined in multiple harmonies the music felt both ancient and modern; we were in the presence of a brilliant musical mind with a timeless sensibility, brought to life by an ensemble of singers who are surely among our time’s finest interpreters of Josquin and the other polyphonists of the 15th and 16th centuries.” 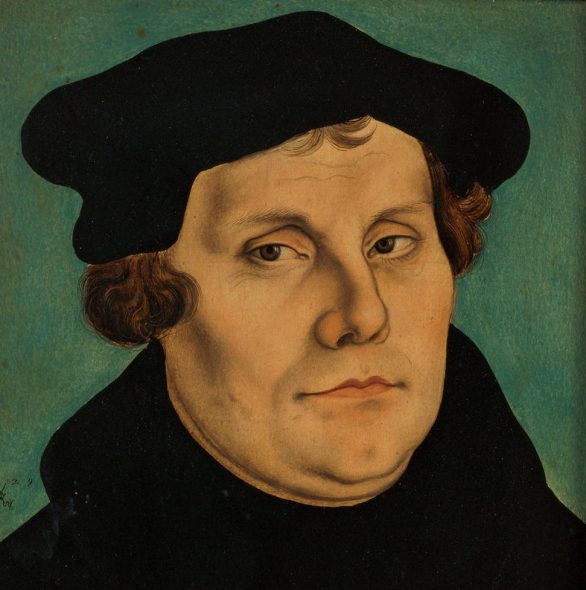 On this United States tour, Cappella Pratensis will focus on a small slice of religious and music history. This fall, we mark the 500th anniversary of arguably the largest divorce in history. In 1517, Martin Luther posted his objections to the administration of the universal Catholic Church. His concerns included many objections to earth-bound corruption, but he advocated as well for a theological position that salvation or redemption is a gift of God’s grace, attainable only through faith in Jesus, not through the intervention of an earthy institution.

Martin Luther nailed his Ninety-five Theses to the door of All Saints’ Church in Wittenberg in October of 1517.  (Wikipedia points out that this dramatic episode did not actually occur.) Luther was still committed to reforms within the Catholic Church in 1526. But the Pope had excommunicated him in 1521 and there was no turning back. From 1524 until 1648, Europe was besieged by a series of wars, often spurred by divisions stemming from the Reformation.

Shifting the focus from the institution to those in the congregation had substantial implications. Lutherans and others addressed not only theology but the means of observance. The Cappella Pratensis concert, “Missa Lutherana: The Beginnings of Lutheran Church Music,” will explore how the music of the church was affected by this cataclysmic change.

Luther was directly involved in the details of the worship service. He encouraged celebration in the language of the local population rather than Latin, supporting the writing of a German bible and a German language mass. He revised the text of the mass to fit his theological position. He wrote texts for hymns. He championed music that would appeal more directly to worshipers.

Artistic Director Bull, however, makes the  case that Luther retained much more of earlier musical and liturgical traditions than is often assumed. Renaissance music was already evolving. The Missa Carminum (“folk song mass”)  Cappella Pratensis has chosen for the program was written by Heinrich Issac in 1517, before the Reformation had begun. But Issac’s choice to build a mass around a set of popular songs reflected a trend toward reaching out to the congregation. The early hymn music chosen for the program may be viewed as from the roots of those in the Protestant tradition today, but are presented in full polyphonic versions that would have not been sung in that way by the congregation.

This concert has symbolic importance, marking the 500-year anniversary of the start of the Reformation. I recommend the concert, not for its historic marker, but because of the opportunity to hear timeless music presented by a group dedicated to this art.

The Early Music Now concert starts early enough in the evening to allow participants to fit in another event the same night. The A-Cappella Pratensis concert begins at 5:00 p.m. Saturday, October 21. A pre-concert lecture will begin at 4:00 p.m. Grace Lutheran Church is located downtown at 1209 N. Broadway, at the corner of Broadway and Juneau. Parking is available on the street, and in the paid MSOE lot accessed at Market and at Juneau.

Tickets may be purchased on-line  or at 414-225-3113. A substantial savings is available through season tickets, although the premium Tier 1 seats are no longer available.

Early Music Now will mount an ambitious six concert series this year. The next concert, on November 11, will feature the French ensemble, La Poème Harmonique. Director Vincent Dumetre (guitar and theorbo) is joined by his ensemble of soprano, violin, viola da gamba, violone, and percussion in “Danza! Spanish Dances in 17th-Century France,” demonstrating how Spanish influences helped create a century of dance in France.