Is Mayor Barrett Playing With Fire?

Actually, his reduction in fire stations may have no impact on safety. 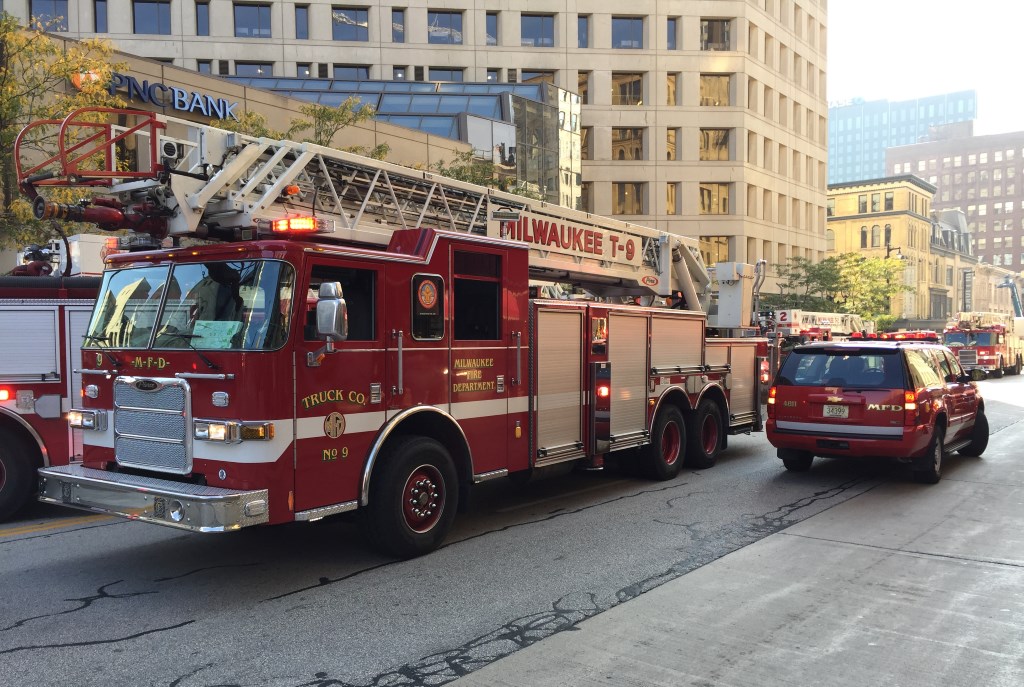 Across America, a curious thing has been happening: even as the number of fires has been plummeting, the number of professional fire fighters paid for by taxpayers has been increasing.

“Rapid improvements in fire safety have caused a dramatic drop in the number of blazes, according to the National Fire Protection Association,” as Fred McChesney, a professor of law and economics at the University of Miami School of Law, has written. “Buildings are constructed with fire-resistant materials; clothing and curtains are made of flame-retardant fabrics; and municipal laws mandate sprinkler systems and smoke detectors.”

As a result, he noted, the number of fires nationally dropped from three million in 1980 to 1.2 million in 2013, a decline of 59 percent. “Building fires fell 54 percent during that time. When they break out, sprinkler systems almost always extinguish the flames before firefighters can turn on a hose,” McChesney noted.

Cities across America have seen a decline in fires. Building fires in Milwaukee dropped from 1,914 in 1985 to just 720 in 2013, according to department data retrieved by the city’s Legislative Reference Bureau. That’s a decline of 62 percent.

And those fires that do occur are much smaller in their impact. “As recently as the early 1980s, it wasn’t unusual to have a couple of home fires a year that resulted in 10 or more deaths each, McChesney observes. “Today, that kind of fire-related tragedy is almost unheard of. There wasn’t a single one between 2008 and 2013.”

“As this has happened, however, the number of professional firefighters in Boston has dropped only slightly, from around 1,600 in the 1980s to just over 1,400 today,” the story noted. “The cost of running the department, meanwhile, has increased by almost $43 million over the past decade.”

As a result, fire fighters spend most of their time doing things other than handling fires. “Today, fewer than 4 percent of fire department calls are for fires. Meanwhile, requests for medical aid more than quadrupled between 1980 and 2013,” McChesney notes. “In other words, for every structure fire a fire department responds to, it receives 44 medical calls.”

“Firefighters are often able to get to an emergency scene a few minutes earlier than an ambulance—in part because of the number of fire stations, and in part because ambulances are busier, whereas there’s almost always a fire truck free and ready to roll,” the Globe story noted. “The result is that in many medical emergencies in Boston—about a third of them, according to Boston EMS—we get a team of firefighters dealing with the situation for a few minutes, and then handing it off to EMS once the ambulance arrives.”

But given the costs of fire fighters compared to paramedics, that can be an expensive way to handle the problem.

As Alex Tabarrok, an economics professor at George Mason University, puts it bluntly: “Fire fighters don’t fight fires.” Tabarrok, who writes a blog called Marginal Revolution explained the situation this way: “I like to call it the ‘March of Dimes’ problem. The March of Dimes was successful in curing polio then looked around and said, ‘Now what do we do?’ Firefighters face the same question.”

Which brings us to Barrett’s plan to close six fire stations. All the information suggests the impact will be minimal. Milwaukee Fire Chief Mark Rohlfing has estimated the closures will add five to 25 seconds to the department’s response times, which would still be lower than the national average. Considering how over-staffed most cities are with fire fighters, it’s no small thing to exceed the national average.

The reality is that Barrett has no choice but to slash the city budget because of the massive decline in state aid to Milwaukee, which has dropped in real dollars by 36 percent or $151 million annually over the last 20 years, leading the non-partisan Public Policy Forum to declare the city’s revenue structure is “broken.”

Remarkably, even Ald. Bob Donovan, who has never met a Barrett budget he likes, has called on Gov. Scott Walker to form a committee to study possible solutions to Milwaukee’s fiscal challenges.

The Public Policy Forum report noted that Milwaukee was the only city of 38 it studied that cannot levy a city income or sales tax, and was uniquely dependent on only the property tax and state aid to local governments. And the latter has declined dramatically from 1997, when it represented 11.6 percent of the state’s spending, compared to just 4.8 percent in 2017, as a recent Legislative Fiscal Bureau analysis found.

Barrett has been pleading with Walker and the Legislature to give the city permission to levy a city sales tax. Perhaps the fire fighters union, whose clout was shown when they got legislators to eliminate the city residency requirement, might want to throw its weight behind the mayor’s proposal.

25 thoughts on “Murphy’s Law: Is Mayor Barrett Playing With Fire?”