By Gretchen Schuldt, Wisconsin Justice Initiative - Sep 6th, 2017 11:08 am
Get a daily rundown of the top stories on Urban Milwaukee

A bill that would ease the process for people convicted of crimes to get their records expunged advanced from an Assembly committee on a bipartisan 10-2 vote.

The measure has broad support. The Metropolitan Milwaukee Association of Commerce registered in favor, as did the State Public Defenders office and the Texas Public Policy Foundation, a conservative group with ties to the Koch brothers, powerful political financiers.

No one registered against the bill. Rep. Evan Goyke (D-Milwaukee), who co-sponsored the bill, called the public hearing on “phenomenal.” 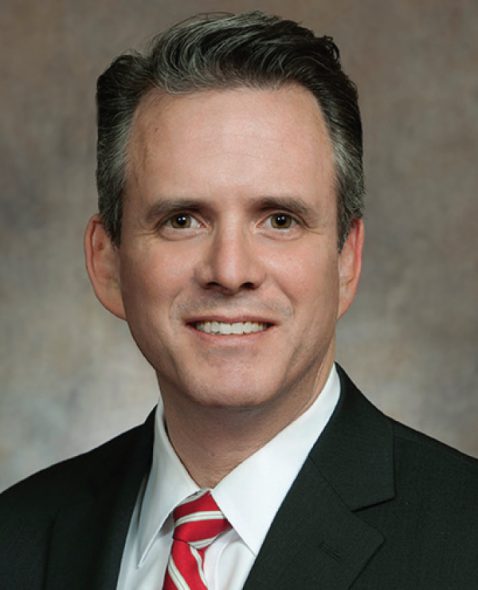 David Steffen. Photo from the State of Wisconsin Blue Book 2015-16.

State Rep. David Steffen (R-Green Bay) is the lead sponsor of the measure.

“Under Wisconsin’s current expungement law, many of our youthful offenders are forced to sit on the workforce sidelines,” Steffen said in prepared testimony. “During a time when nearly every industry in Wisconsin is facing a workforce shortage, (this bill) plays a crucial role in connecting employers in need with this untapped workforce – which is why organizations such as MMAC and the Alliance of Wisconsin Retailers are engaged and supportive of the measure.”

Goyke, in his prepared testimony, said that its retroactivity is an important feature of the bill. “Retroactivity is critical to give an opportunity for eligible individuals that never had a chance for expungement,” he said. “Under our current procedure, individuals that never asked for expuntement at sentencing, or those that didn’t know they could ask, don’t have a remedy.”

The State Bar of Wisconsin, in its testimony, said the bill provides the opportunity to “improve the lives of those who continue to struggle well into adulthood due to the consequences of poor choices as a young adult.”

Under existing law, a judge may order a person’s criminal record expunged of certain crimes the person committed before the age of 25. The law requires a judge to make the expungement order at the time of sentencing, with actual expungement occurring when the person completes the sentence.

Under the proposed change, the person could file a petition for expungement after completing the sentence, obviously well after sentence is handed down.

The judge would review the petition at a hearing or, if the victim waives the hearing, could take immediate action.

If the judge denies the petition, the defendant could not file a new one for two years. The person also would be limited to three petitions for the same matters.

“Any employer conducting the standard background check presently receives notice from the crime information bureau that the person has been convicted of a crime,” the Wisconsin State Public Defender’s office said in its testimony.

Voting against it were Andre Jacque (R-DePere) and Cody Horlacher (R-Mukwonago).

One thought on “Court Watch: Bill Lets Some Criminal Records Be Expunged”