Plus a new bar with more than 40 arcade games. Is this a great city or what? 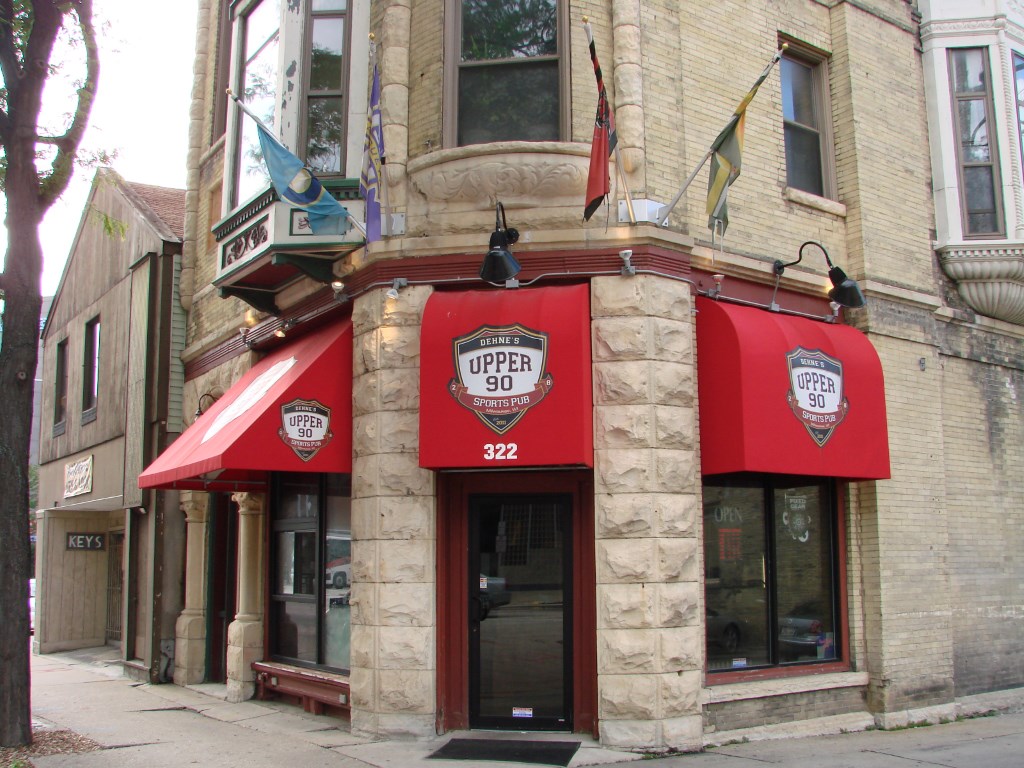 Beer is good. But beer and burgers is better.

Or so it would seem given the decision of Upper 90 Sports Pub at 322 W. State St. to close its doors this Sunday and reopen under (somewhat) new ownership as Point Burger Express. New owner Brian Ward hopes to have the burger bar open by October 2, but he will be working with the pub’s past owner.

According to OMC’s Molly Snyder, the former owner of Upper 90, Jake Dehne, will serve as an operating partner. Dehne told Snyder:

Once Brian told me his Express concept for the Point Burger brand, I knew our Upper 90 Sports Pub location would be ideal based on the development of the new arena and business expansion in the Downtown area.

Point Burger Bar will offer a full-service bar, dine-in and walk-up service as well as shuttles to and from major sporting and entertainment events in Downtown.

While the pasta connoisseurs hope to open their own restaurant in the future, for now they are focusing on spreading awareness about their business through fresh pasta dinner pop-ups.

OnMilwaukee’s Lori Fredrich reported on the pop-up dinner’s menu, whose four courses will include:

Kelli Messori told Fredrich they hope to have more pop-ups in the Milwaukee and Madison areas and welcome feedback from guests about the concept.

Tickets are $35 and include four courses. Drinks are not included.

What used to be the Comedy Cafe at 615 E. Brady St. could be the home of a new arcade bar and restaurant.

Owners Joshua Ivey and Sam Summers filed a liquor license with the city of Milwaukee for a place to be called Up-Down MKE with hopes to open in February.

According to BizTimes’ Corrinne Hess, Ivey opened the first Up-Down in Des Moines in 2011 and has expanded his operation to Minneapolis and Kansas City, offering plenty of arcade games:

According to its website, the bar features more than 40 arcade games from the 1980s and the 1990s, pinball machines, skee-ball, Nintendo and Sega console gaming, life-size Jenga and connect four.

The bar will have 20 beers on tap, including a wide selection of craft beers, as well as ’80s and ’90s inspired cocktails.

An update on a previous story: The grand opening of Menomonee Falls’ new Grate Modern Mac and Cheese’s will be on August 25; the restaurant’s location is at N92W1625 Falls Parkway just off Highways 41/45.

Stop in for lunch or dinner for a sneak peak and taste of their modern mac and cheese dishes. The future awaits you.

Participants can choose one of four routes, starting at 10 or 11 a.m., and drive or bike to each of the five or six stops. At each, they’ll be able to sample coffee, and some shops will have samples of tea or kombucha, juice, soft drinks and chocolate.

Ticket prices depend on the route and are either $30 or $33, include a goodie bag and can be picked up at the tour.

Tickets are $60 and include beer, food, gratuity and tax. They are available online, by calling (414) 539-4424 or emailing reservations@storyhillbkc.com.

Little Demarinis at 2860 S. Kinnickinnic Ave. in Bay View is searching for a new owner. Co-owner Veronica Cieslak told Fredrich that opening the restaurant was all about the family’s history and tradition:

I was motivated by emotion when we decided to open Little Demarinis Pizza. Even though I didn’t have any experience running the original DeMarinis nor Mama DeMarinis… I was just not ready to let the tradition that my grandparents created, and my mother and aunt worked so hard for, end so abruptly. It was that overwhelming emotion that drove us to open Little DeMarinis Pizza.

Ultimately, opening this business was a way of keeping tradition going… Unfortunately, I feel we jumped the gun at this time in our life and we are choosing not to renew our lease.

With that being said, the opportunity is available to pass the baton and continue the tradition to someone who shares our love for these amazing recipes.

According to Fredrich, the original DeMarinis pizzeria was founded by Veronica’s grandparents, Lucille and Vincent DeMarinis in the 1950s at 2457 S. Wentworth Ave. and was operated by the family until it closed in 2012.

The Kinnickinnic restaurant’s lease is up July 11, 2018 and there are no immediate plans to close the restaurant.