Breaks ground on new brewery with twice the capacity and rooftop beer garden. 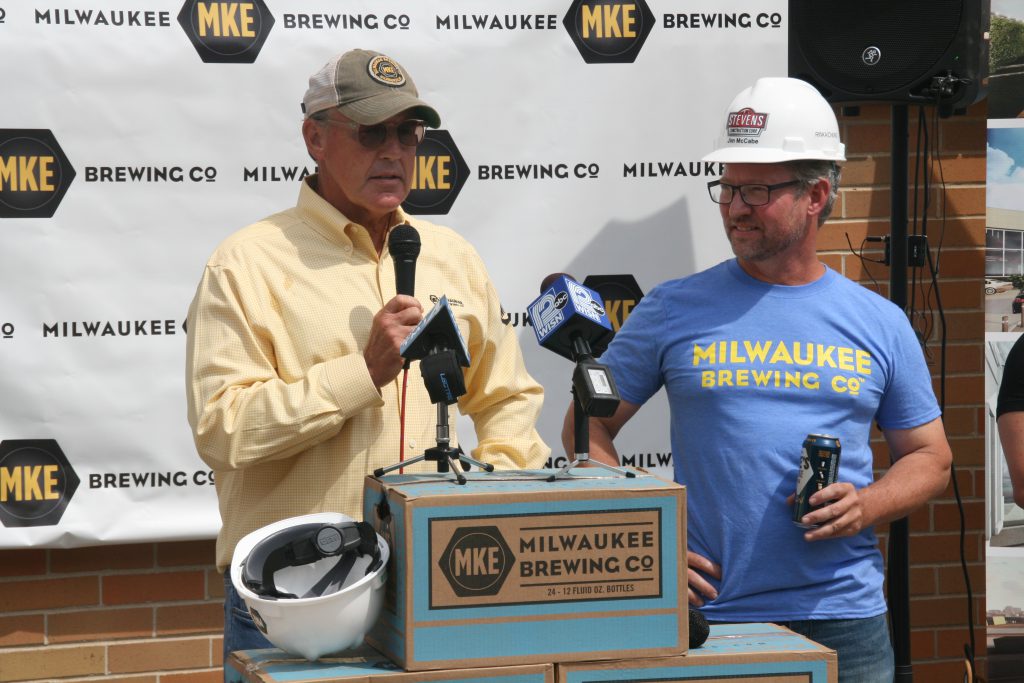 Milwaukee Brewing Co. broke ground on a new 58,000 square-foot brewery today. The groundbreaking, which actually was a ceremonial swinging of sledge hammers, has been a long time coming with the company working on this deal for years. It will allow the brewery to more than double their brewing operations.

This won’t be the first time massive quantities of beer have been in this building at 1131 N. 8th St. It was originally known as Building 42 and was the last building the Pabst Brewing Company built in their 14-block campus. Pabst shuttered the campus abruptly in 1996, just 20 years after building the new distribution center. It has been vacant ever since.

Milwaukee Brewing has been eyeing the site for years, and was finally able to put together a deal to make the whole project work. The brewery is leasing the space from F Street Partners, which acquired the 170,000 square-foot building in August 2016 for $2.5 million.

Milwaukee Brewing CEO and president Jim McCabe emceed a brief ceremony to celebrate the start of construction on the project. He noted that he considers the project a “reverse mullet” — with a party in the front, business in the back.

After running through a list of thank yous that included everyone from employees and customers to distributor Beechwood Sales & Service and The Brewery‘s master developer Zilber Ltd., McCabe drew praise from his business partner Jim Hughes. Hughes noted McCabe has been a visionary, having come early to the Historic Third Ward where he opened the Milwaukee Ale House in 1997, early to Walker’s Point where he opened a brewery in 2007 and now early to revitalizing the northwest corner of downtown.

Mayor Tom Barrett praised McCabe and Milwaukee Brewing, calling the company “a great hometown success story.” Barrett also praised the vision of Joseph Zilber in spearheading the redevelopment of the area. Before Zilber got involved the mayor joked, “in this part of the city crime wasn’t an issue, because even the bad guys didn’t come here.” Today every parcel, with the exception of the massive silos, is under construction or has already been redeveloped. As the mayor put it, this new brewery is “the final piece of the puzzle.”

State Representative Dale Kooyenga (R-Brookfield) also spoke, noting that he moved to Milwaukee in 2001 and planned to only be here for a year. He attributes part of his reason for staying to the taste of the brewery’s flagship Louie’s Demise beer. Kooyenga drew praise from McCabe for supporting the brewing industry and promised to go to back to Madison to take a sledge hammer to more state laws hampering the expansion of craft breweries.

After the speeches were done, hard hats and protective glasses were donned as one by one, the project’s stakeholders took turns knocking bricks out of the facade.

The new facility will initially have the capacity to brew up to 30,000 barrels a year. State records indicate the brewery produced just under 12,000 barrels last year.

Milwaukee Brewing Co.’s operations won’t be limited just to making beer. There will be plenty of beer served as well. A tasting room is planned for the space inside the brewery, complete with massive new windows. A restaurant is planned for the rooftop of the building. And while a second-story view might not sound so impressive, the building is built into a hill and has incredible views of Downtown to the east, including the new arena. I suspect it will become a tradition for some to sneak a brewery tour in before attending a Milwaukee Bucks or Marquette Golden Eagles game.

Rinka Chung Architecture is serving as the project architect. Stevens Construction is leading the construction of the new space.

Underneath the brewery, in the building’s large lower level, will be 1,000 self-storage units operated by Extra Space Storage. And above the brewery developer Scott Lurie intends to create 50,000 square-feet of office space and an event venue that will have a view of the brewery. Lurie’s firm sold the lower level of the building to Highland Development Ventures in October 2016 for $3 million.

The new brewery will be the second in the large complex known as The Brewery. The Pabst Brewing Co. opened a small brewery in a former Pabst-owned building on April 14th.

For more on all the activity in the neighborhood, see my column from last week “The Hopping Brewery.” 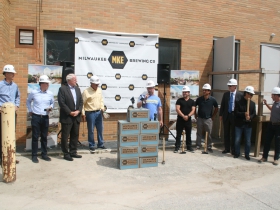 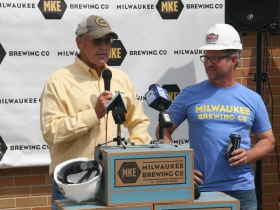 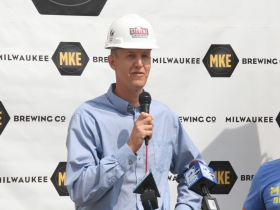 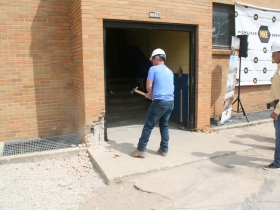 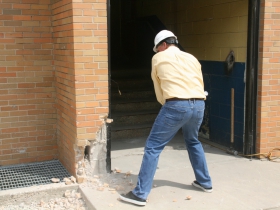 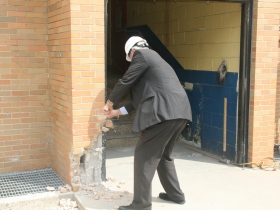 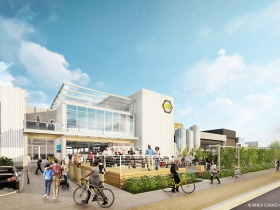 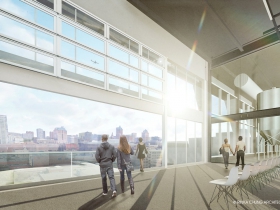 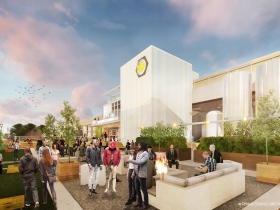 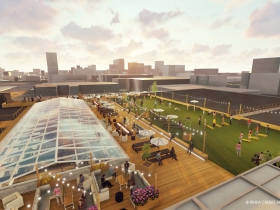 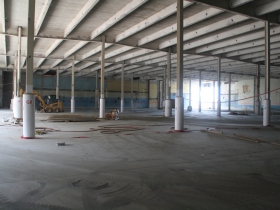 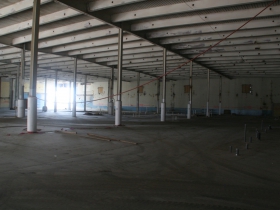 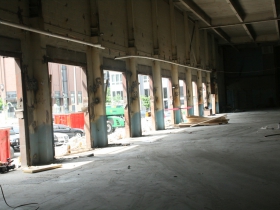 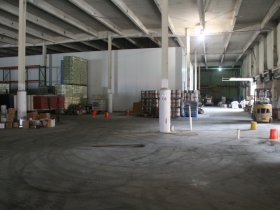 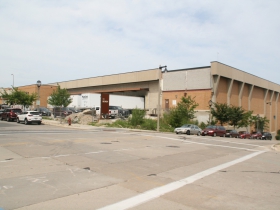 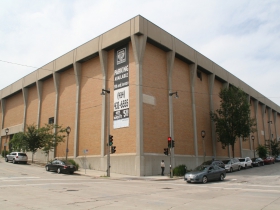