Help Offered for South Side Prostitutes 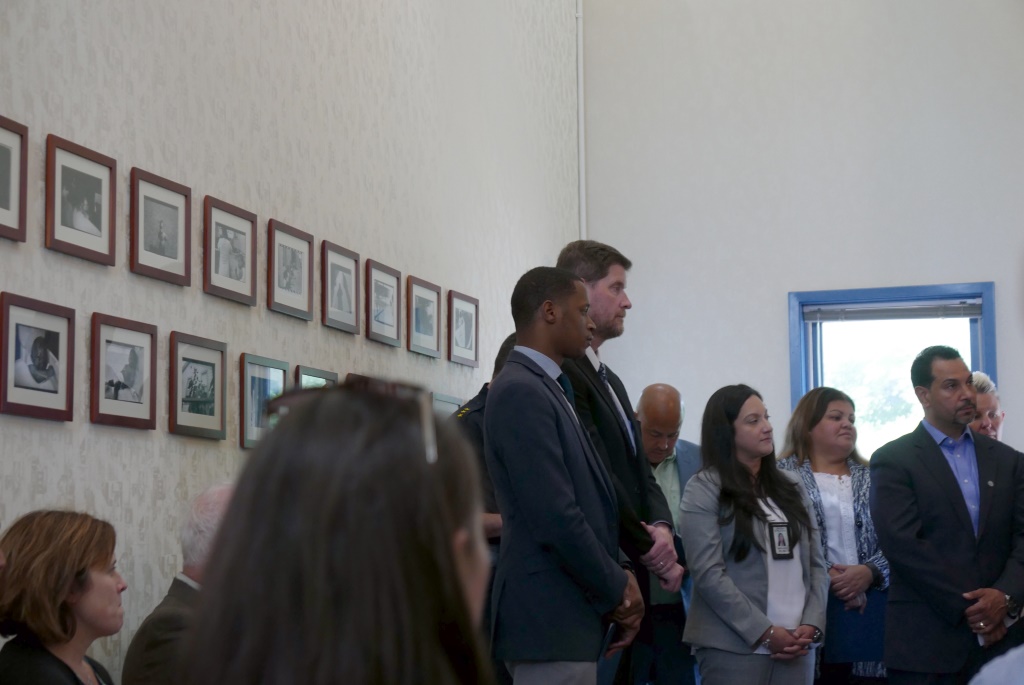 “The women who were engaged in prostitution were not as often doing so by engaging in a choice of free will,” stated District Attorney John Chisholm. Photo by Graham Kilmer.

A unique program aimed at disrupting the cycle of prostitution in Milwaukee is expanding with a new location on the city’s near South Side.

The Sisters Program, run by the Benedict Center, a community-based non-profit that provides substance abuse and mental health services, diverts women engaged in prostitution on the streets to resources like housing and supportive services to help lift them out of prostitution. For this, the center has partnered with the Milwaukee County District Attorney and the Milwaukee Police Department and a number of churches throughout the city. The new branch is called Sisters Program South and operates out of the Hope House at 209 W. Orchard St.

Very often the victims of prostitution are women who have been forced, for various reasons, into prostitution. With the help of local stakeholders the diversion program seeks to treat the problems that lead to prostitution as opposed to simply incarcerating the women.

At a press conference last week announcing the new program, one person after another — elected leaders, law enforcement officials, health professionals — all said that prostitution, like many criminal problems, is something a community cannot simply solve with incarceration. In an age when “mass incarceration” has increasingly been condemned, local leaders, especially in law enforcement, are looking to new tactics and options. 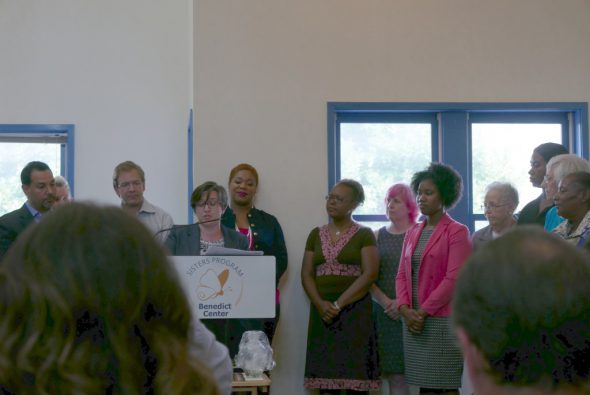 Jeanne Geraci, executive director of the the Benedict Center, said 50 percent of women engaged in prostitution are homeless; meaning they literally live on the street or have insecure and unpredictable housing. Many women also come from backgrounds of extreme poverty and sexual abuse, and as such, are extremely vulnerable to human trafficking.

“We recognized early on, the population that was engaged in prostitution, you had this unique combination of the attributes of a victim, and yes, a person that was engaging in behavior that led to arrest and possible prosecution,” said District Attorney John Chisholm. “The women who were engaged in prostitution were not as often doing so by engaging in a choice of free will.”

The problem of street prostitution is an old one, and arrest and incarceration have not solved it so far, either for the prostitutes or the communities impacted by it.

“Policing alone will not end the problem of street prostitution,” said Assistant Police Chief James Harpole. “We know that it is such a complex issue.”

Using street outreach teams and a drop-in center, the Sisters program identifies women engaged in prostitution and informs them about the program and the services available to them, and can even provide the women rides to the drop-in centers located in the second and third police districts. These are the districts where 82 percent of all prostitution arrests happen in the city, said Arnitta Holliman, Sisters Program director.

“We are a part of the community response for street-based prostitution,” Holliman said.

That response will come in tandem with police, who also have the ability to refer women to the sisters program and provide them rides to drop-in centers. Officers will use their own discretion in identifying women to refer, and will still maintain their authority to arrest women identified as engaging in prostitution, said Harpole.

This partnership, Harpole said, is a result of the steps Chief Ed Flynn has taken to realign the police department to allow for collaborations like this.

Flynn, said Harpole, has “focused heavily on transitioning this police department away from one that was not open to bringing in partners and collaborating with others.” That is now happening, he noted, and can have an impact in heavily-policed neighborhoods.

Along with the diversion program, Milwaukee police are also targeting the johns that frequent neighborhoods with high levels of street prostitution in order to tamp down the demand, Harpole said.

The expansion of this program is an example not only of public and private entities partnering in crime prevention, but also in realigning criminal justice tactics to target the roots of crime, and fashion effective responses to this.

“They’re an extraordinarily vulnerable population,” Chisholm said of the prostitutes. “And our obligation as public safety individuals is to serve the needs of the neediest people and the most vulnerable people in our community.”

6 thoughts on “Help Offered for South Side Prostitutes”