Getting Wild at the Wherehouse 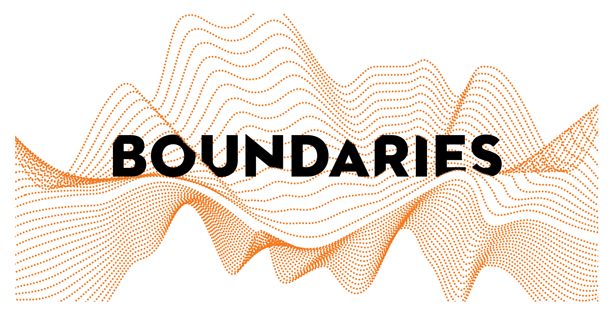 That’s quite a diverse list of cities and Present Music’s final concert of the 2016–2017 season brings together composers and musical inspirations from each of these places, crossing continents, cultures and musical genres. The concert is called Boundaries and is advertised as “part chamber concert, part nightclub, and part musical chemistry lab.” Given all the connections between the composers, “the concert might also be called Fluidity,” says Cory Smythe, one of the featured composers. The concert takes place in the appropriately industrial interior of The Wherehouse on Friday, June 2.

Lehman and Smythe have collaborated with the International Contemporary Ensemble and on Smythe’s 2017 recording AutoTrophs. Three pieces by Lehman are on the program, demonstrating his electroacoustic blend of hip hop and jazz, what Smythe terms his “tendrils in multiple musical pots.”

The concert includes two works by Smythe. His world premiere Reenactment, written for piano, quarter tone guitar, violin, and viola, is a timely comment on the symbols of injustice in American society. In the last few weeks, as Confederate monuments were being removed in New Orleans and Charlottesville, New Orleans mayor Mitch Landrieu called them “an affront to our present.” Smythe approaches the troubling legacy of past from the point of view of music, exploring the songs of Stephen Foster and the minstrel shows as they are preserved and performed by Confederate period reenactors. “I wanted to get at something rooted in Americana,” Smythe said in an interview. His piece is a critique of the preservationists. Tuning the guitar a quarter tone down reminds the listener that time is out of joint; while reenactors may be preserving an aspect of American folk art, they are also preserving degrading lyrics and sentiments.

Lehman recently released Sélébéyone, named a Top 10 CD of 2016 by NPR. Translated from the Wolof language of Senegal, sélébéyone means “intersection.” Lehman’s writing infuses hip hop and rap with elements of bebop and the cool jazz sounds of the Modern Jazz Quartet. Lehman explains that the piece Laamb, which Present Music will perform, “opens with a sample of the Senegalese wrestler Tyson talking about some of the connections between laamb (traditional Senegalese wrestling) and music.” Hypnotic and rhythmical, the vocal then moves into spoken word by New York rapper MC HPrizm, and Senegalese rapper MC Gaston Bandimic speaking in Wolof. Eventually, the three voices intersect and are joined by Lehman on the saxophone.

One of Lehman’s teachers was Chicago jazz master Anthony Braxton. Braxton is a jazz conceptualist, whose performances combine harmonic structure with improvisation and hints of familiar popular melodies. His pieces, titled simply “compositions,” are indicated sequentially by a letter and number, and sometimes by an indecipherable diagram. Present Music will perform Composition 6L, one of sixteen compositions in the “6” series composed between 1966 and 1972. The short piece can be played by any combination of players or instruments. Lehman and Smyth will perform together in homage to the collaboration between Braxton and Chick Corea on piano.

Finnish composer Kaija Saariaho’s Petals for solo cello explores the boundaries of tonality, using mathematical equations to break the traditional scale into a potentially infinite number of microtones. She is known for creating electroacoustic musical events. Musical notes on her scores are often replaced by words that describe the effect of the sound. Petals blends dissonance with consonance, an intentionally scratching heavy bow and ethereal tremolo and glissandi that melt into an electronic corona. The piece will be performed by Zitoun, with Butorac working the electronics.

The concert also includes Ben Johnston’s Quartet No. 4 (Amazing Grace), based on the familiar American folksong. Robert Karl, in Fanfare, described Johnston as “unbelievably courageous . . . with a radical vision that’s embedded in the very DNA of the notes.”

The string quartet is performed as a single movement, a theme followed by increasingly complex variations that blend American country folk style with the blues and Middle Eastern influences.

Boundaries brings together the type of eclectic and urban sounds that Present Music is known for. The music on the program pushes the limits of electronic and acoustic music, folk and classical styles, and pitch, modes, and tonalities. The concert shows us the best minds of the mid–twentieth-century musical generation, joining them to the innovative and global sounds of the twenty-first century.