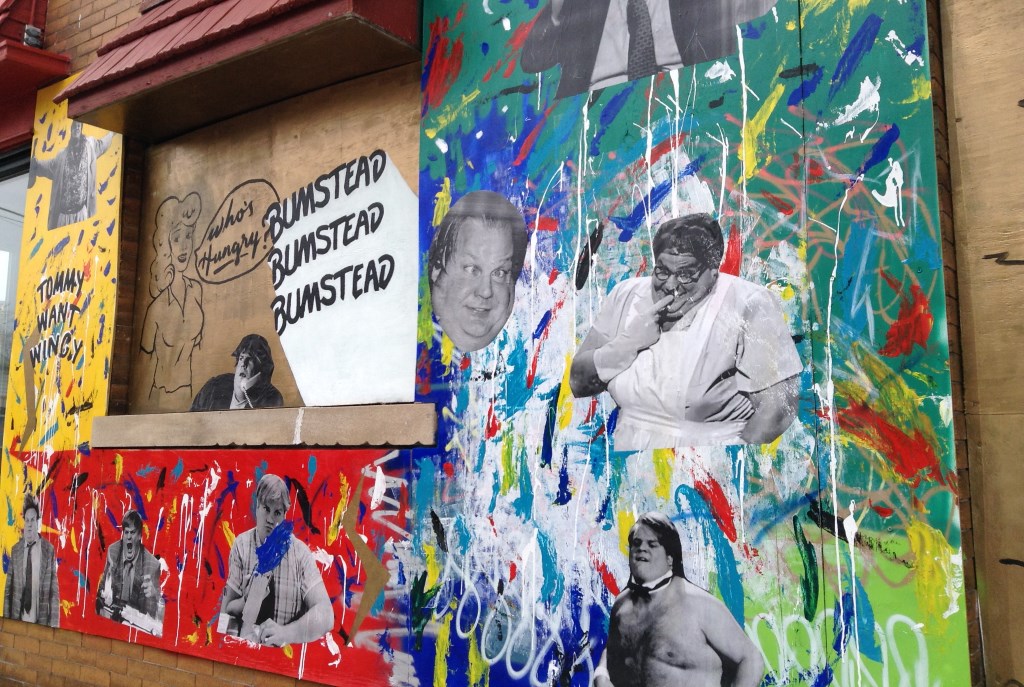 Mural on the side of the building that houses Bumstead Provisions. Photo by Cari Taylor-Carlson.

There’s an ongoing burst of creativity happening on KK in Bay View. Food lovers should take note because there’s a new kid on the block, Bumstead Provisions. A friend and I discover it after lunch at Vanguard, two doors north of Bumstead on KK. What we notice is the mural on the side of the building that houses Bumstead Provisions, an enlarged photo of a Dagwood-type with two chins gazing at Blondie who is asking, “Who’s hungry?” This collage-like art, dripping with color and photos, makes an eye-catching introduction to the restaurant. When I see the mural, I know I will return, and I do, a week later, with four friends.

The first thing I notice in the restaurant is the art, displayed on neutral grey walls, an eclectic contemporary mix. I ask one of the owners, Mike Bodow, who is doing double duty as bartender and server, if any of the art is for sale. “It’s all for sale,” he says. “We work with nine artists.”

The restaurant has that old Milwaukee vibe, hardwood floors from such former tenants as a second hand clothing shop, cream city brick walls, and shelves attached to the brick behind the bar which holds bottles and assorted bar accouterments. My group of five covets that very cool, functional detail, both the cream city wall and the shelves.

Bodow tells us the adjoining room, formerly the deli/provisions part of Bumstead Provisions, will soon house a sister restaurant, Crafty Cow, which will specialize in Jucy Lucy Burgers. I have to ask about that. “That’s a stuffed burger,” Bodow says. “They’re often stuffed with cheese and/or bacon.” Not long after that the Crafty Cow opened, adding its long list of burgers next door, making this a haven for sandwich lovers.

Bodow notes the name Bumstead comes from the comics, the well known couple Blondie and Dagwood and his oversized sandwich. ‘He says, “We’re reinventing classic sandwiches. We get to have fun with our food, play with it.”

We admire his patience with our group as he returns to our table four times while we make up our minds. We want to sample everything on the menu. I order the Duck Bacon Swedish Meatball Hero, a sandwich he had mentioned as one they tweaked. Four meatballs on a hoagie roll make a u-turn away from Swedish meatballs and instead combine duck bacon and pork. My meatballs are delicate, tender, tasting of both duck and pork. King trumpet mushroom cream sauce and a handful of micro greens rounds out this satisfying sandwich. We all rave about the accompanying chips; two companions take an order to go. These chips, unusually sturdy have just enough salt and a seasoning which our serves declines to divulge. 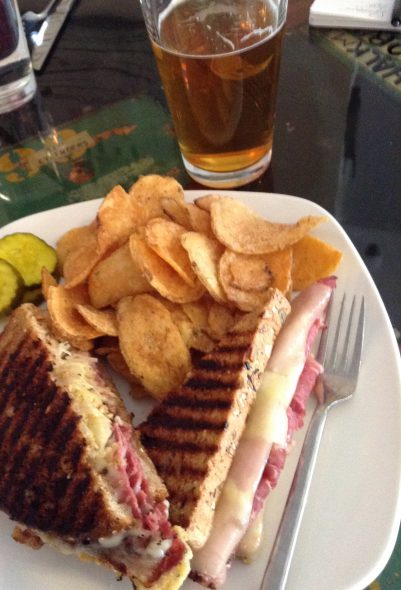 The Corned Beef and Pastrami Melt balanced with bacon-infused kraut and truffle mustard on nine grain bread turns out to be a Dagwood sandwich, big enough for two. The meat is thick sliced, juicy, tender, with a whisper of bacon flavor in the kraut and plentiful Swiss cheese. It mimics a Reuben with truffle mustard replacing Thousand Island and nine grain sitting in for rye.

The Smoky Wisconsin Lamb Gyro diverts from the classic with a hint of smoke in the lamb and jalapeno in the tzatziki sauce to fire it up. There’s a big pile of tender sliced meat hiding under cheese, tomato, and frisee. It’s a knife and fork sandwich wrapped inside warm, freshly baked naan.

The Shrimp and Rice Bowl from Main Fare/Signature Provisions looks like a Buddha Bowl, a combination of healthy grain, ginger misu rice, and five fat juicy shrimp. To add to the wow factor, candied mushrooms taste of ginger and wasabi tobiko, a mix of wasabi and fish roe that adds fiery heat. Crushed peanuts complete the bowl, a yummy creation that looks just like Buddha’s belly.

As we leave, we notice a large painting on the wall, a cartoon Dagwood with his goofy hair, bow tie, and a big smile. We’re smiling too, with our own Buddha bellies and a promise to return for more twists and turns at Bumstead Provisions. 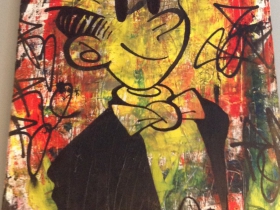 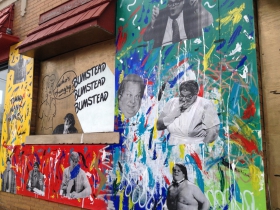 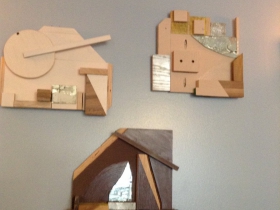 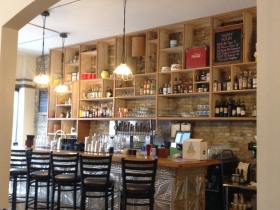 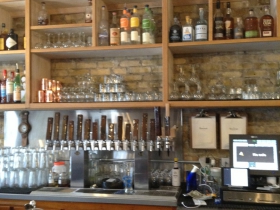 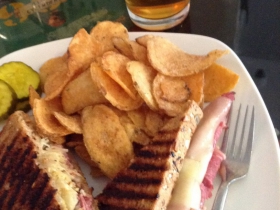 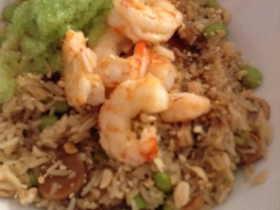 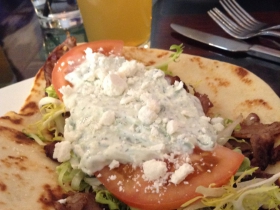 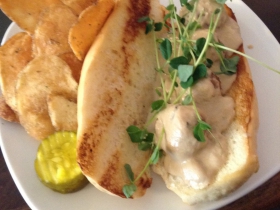