Many on North Side honor victims of shootings or car accidents.

By Alexandria Bursiek, Milwaukee Neighborhood News Service - Apr 21st, 2017 11:08 am
Get a daily rundown of the top stories on Urban Milwaukee 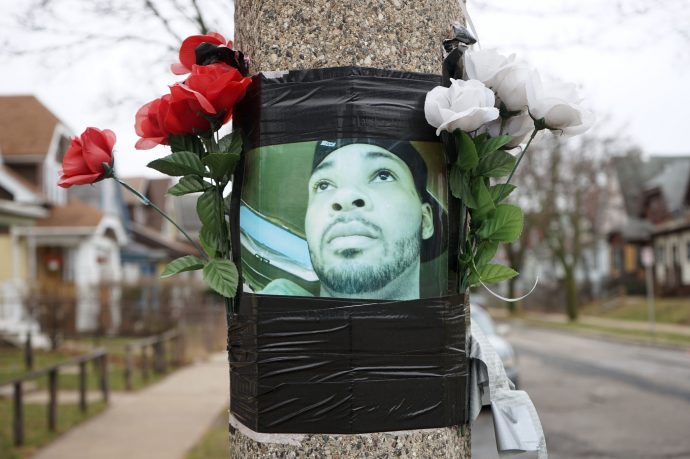 A memorial on the corner of N. 26th and W. Burleigh streets. Photo by Adam Carr.

Between 25th and 30th on Burleigh Street, four roadside memorials mark the places where an individual died. Some city neighborhoods, such as this one on the North Side, have become known for the memorials, which often sit on street corners wrapped around trees, signs and light posts. Residents have become used to seeing these shrines.

“Memorials are really day to day,” said Reginald Hart, 38. “All the memorials are doing is representing another black boy that’s dead.”

The memorials honor victims of shootings or car accidents. They are typically placed where the individual died and are often decorated with plastic flowers, photographs and stuffed animals. Al McMillon, 44, who was interviewed on the North Side, explained that he sees at least two or three new memorials each month. McMillon said that many of the victims died from shootings in the area. 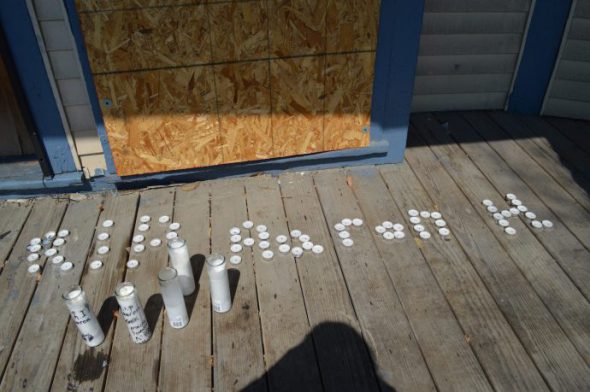 A memorial on the porch of a home near the corner of N. 26th and W. Burleigh streets. Photo by Alexandria Bursiek.

“There are too many guns out here,” said McMillon. He added that much of the violence affects teenage boys. He thinks that if more young people stayed in school or participated in organized youth programs, the violence in Milwaukee neighborhoods would go down. “It can change, but these kids out here don’t have anything to do.”

While roadside memorials are supposed to be removed 30 days after the city is notified of their existence, some memorials have been around for years. Hart said that a memorial on the corner of 28th and Burleigh streets has been there for more than five years. He added that he doesn’t know who the memorial is for or what happened there.

According to Hart, who is black, the violent deaths that lead to these memorials occur mostly in areas where black people live. Sitting in his car, he held a gun on his lap as he expressed the opinion that many of the memorials are for people “who deserved to die.”

Kimberly Darby, 33, said that the memorials are positive reminders that a life had been taken. “They are shooting for reputation, and it doesn’t have to be for a reason,” she said.

Darby noted that the memorials are a way to show residents that violence is not okay, and to remind people, specifically those who commit the crimes, that a life was taken.

In February 2014, Celeste Contreras, a local artist and founder of the Milwaukee Day of the Dead parade, began photographing the memorials as a way to document how some Milwaukee residents mourn their loved ones.

“Over my whole life I have seen these,” said Contreras. “To see all the effort that all these anonymous people were putting into these shrines for people who had died — I thought it was really fascinating and beautiful.” 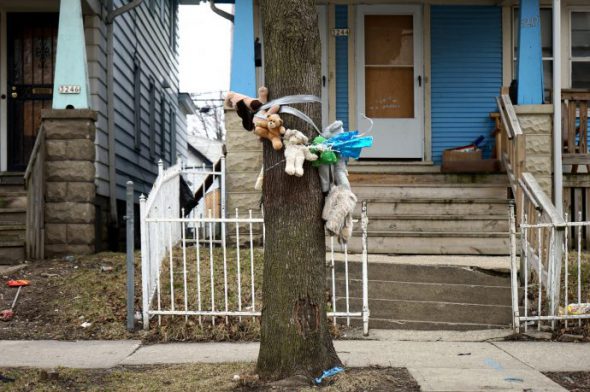 Contreras said she believes the memorials, or “teddy bear shrines,” are a beautiful way for people to mourn the loss of a loved one, but she finds the continued creation of them to be sad. Contreras stopped photographing the memorials in early 2016 because the emotional toll associated with taking the photos became too much. She said she worried that by photographing the memorials she was taking something, rather than contributing, to the neighborhoods where they are located.

“It became really painful and hard. I was going to certain parts of the city I never go to and I was taking a photo, and that really bothered me a lot,” said Contreras. For a while, Contreras said she offered prayers, smudging (burning of herbs) and other mourning rituals in those areas, but was unable to continue because of time pressure.

Contreras hopes to someday build four permanent memorials around the city where residents can mourn their lost loved ones.

A memorial taped to a light pole on the corner of 26th and Burleigh streets is decorated with a photograph, and red and white plastic flowers. According to a resident who lives on the corner, who did not give her name, the memorial is redone each year by the victim’s mother. The resident explained that the family of the victim, who was shot and killed several years ago, comes to mourn his death each year.

“To me building shrines is very positive,” said Contreras. “It’s a healing process, so when I see one, I know somebody is trying to heal.”

Camille Paul contributed to this story.