Massive apartment tower will be one of tallest buildings downtown. 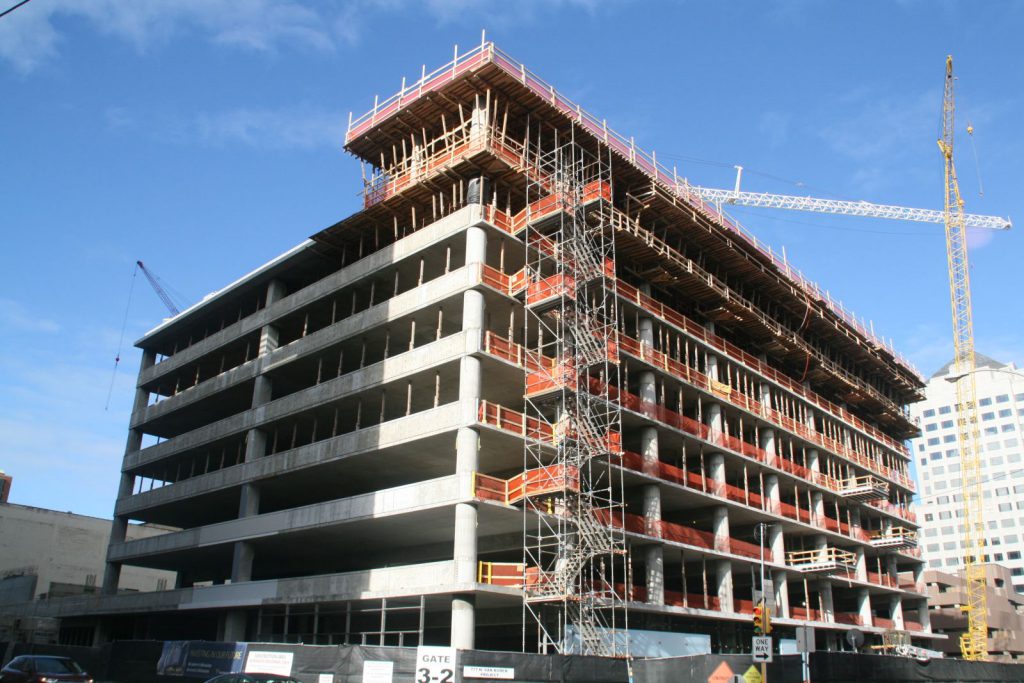 As their first tower heads towards a 2017 completion, Northwestern Mutual‘s second new downtown tower is starting to show its height. The parking garage portion of the mixed-use project currently known as 777 N. Van Buren St. has nearly reached its full height and the blue-tinted glass curtain wall has begun to be installed on its lower levels. The tower is being built on a nearly full block site bounded by N. Van Buren St., E. Mason St., N. Jackson St. and E. Wells St.

The substantial parking component of the project is required to accommodate the company’s new 32-floor Northwestern Mutual Tower and Commons project. The 1.1 million square-foot office complex includes no significant parking component. The insurance giant had attempted to acquire O’Donnell Park, a parking garage with rooftop park, from Milwaukee County in 2014, but that deal was rejected by the Milwaukee County Board of Supervisors.

It seems hard to believe right now, but the approximately 925,000 square-foot project is expected to be completed in the first half of 2018. 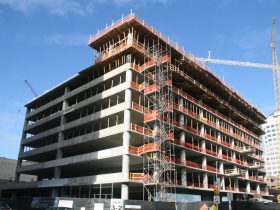 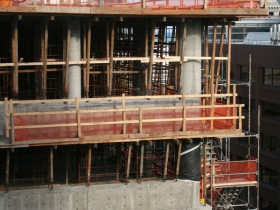 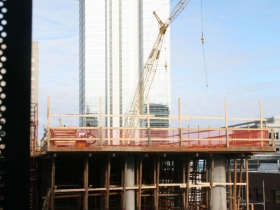 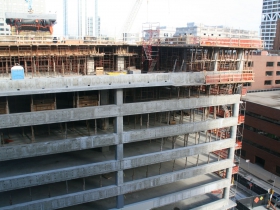 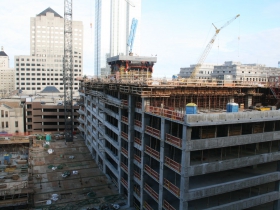 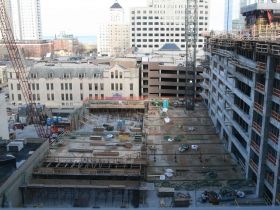 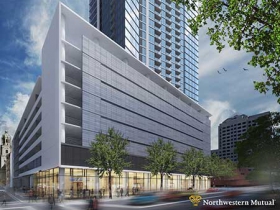 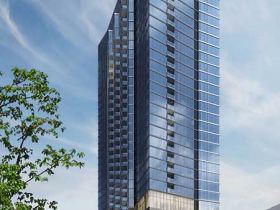 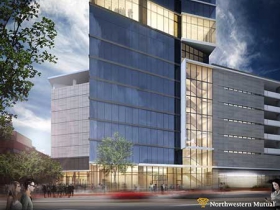 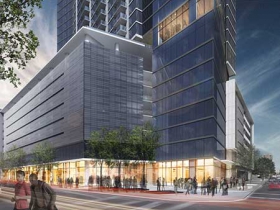