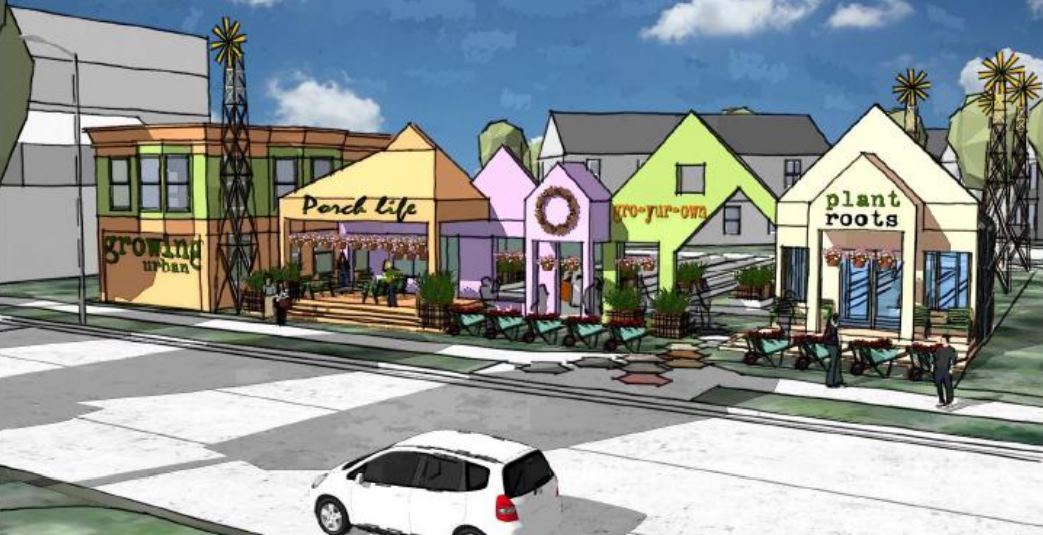 The city is proposing to sell three vacant lots clustered around W. Fond du Lac Ave. and N. 18th St. and totaling 10,360 square-feet to Sharon and Larry Adams. The Adams, in partnership with developer Juli Kaufmann and her firm Fix Development, want to add this land to their existing parcels in the area to create Adams Garden Park.

According to a city report, “Adams Garden Park will be designed as an urban oasis that is tailored primarily to urban dwellers in the immediate and downtown communities. The garden center will showcase strategies for urban gardening and beautifying urban spaces such as porches and balconies. The retail operation will feature unique and specialty items made by local artisans and manufacturers.”‘

Sharon Adams told the Common Council’s Zoning, Neighborhoods & Development Committee that “this project literally grew out of listening to neighbors, experimenting and growing, and bringing together an opportunity to create an urban garden collective.” Adams went on to tell the committee that “it will be a retail source for flowers and plants. It will be a training source and a job creation source.” Their plans call for the operation to operate year-round.

Committee chair alderman Jim Bohl praised the project during the hearing, exclaiming “this is the kind of development that absolutely excites members of the Common Council.” Bohl later added “I love how well run this is, how well thought out this is.”

Larry Adams lauded area alderman and committee member Russell Stamper, II for his support, and he  returned the praise, saying, “as an alderman you look for partners in the community, and you couldn’t find a better partner than you and your wife.”

The Adams’ firm, Adams Garden Park, LLC, would acquire the properties for $500. That figure, according to a city report, is similar to that charged for other nearby city-owned land sales.

The city report also notes: “The garden center also will feature a full range of annual, perennial and stock plants. Landscaping services and delivery options will be offered. The center also will feature scattered sites for garden exploration along with more formal gathering areas that can be used by the community. Future phases may include a café component and a bed and breakfast.” According to Larry Adams, the bed & breakfast would be located in a home at 1700 W. Lloyd St.

The project is near a number of other recent Lindsay Heights projects, including the multi-phase Wellness Commons project on W. North Ave and the redevelopment of the old Wally Schmidt Tavern on W. Fond du Lac Ave by Kaufmann and Jeremy Davis that now features the Tandem restaurant.

Sharon Adams previously founded the Walnut Way Conversation Corp. Adams retired from the organization in 2015. Both Sharon and her husband have been active in redeveloping Lindsay Heights for years.

The committee unanimously approved the land sale. It is scheduled to be taken up by the full Common Council on March 28th. 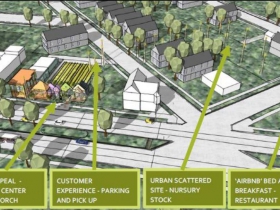 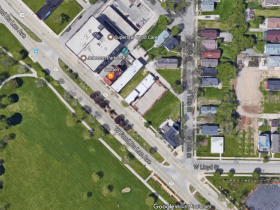 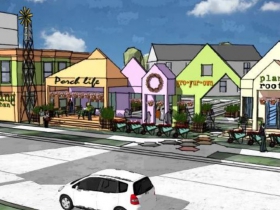