The Fall and Rise of Johnsons Park

Center for Resilient Cities helps revive one of state’s most neglected parks.

By Camille Paul, Milwaukee Neighborhood News Service - Feb 28th, 2017 10:02 am
Get a daily rundown of the top stories on Urban Milwaukee 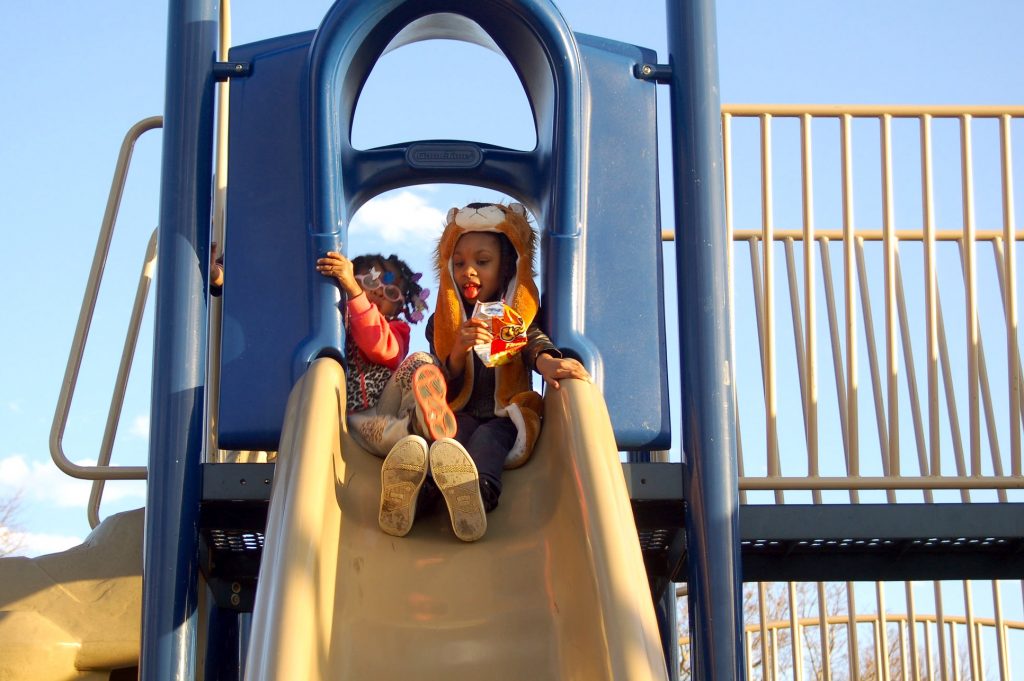 Before Johnsons Park became a community space for Lindsay Heights, it was a stop on the Underground Railroad for slaves escaping the South and making their way to freedom in Canada.

In 1955 thousands of residents on Milwaukee’s North Side were displaced when their homes were demolished to make room for a new expressway. The state government and federal courts halted the project and Johnsons Park was created in an attempt to mollify the community.

In a 2002 report, the Public Policy Forum listed the park as one of the most neglected in Wisconsin. Preserve Our Parks, a nonprofit focusing on maintaining quality green spaces, reached out to the Center for Resilient Cities for help.

The center, a nonprofit organization striving to create healthy neighborhoods, partnered with other community groups and launched the Johnsons Park Initiative. 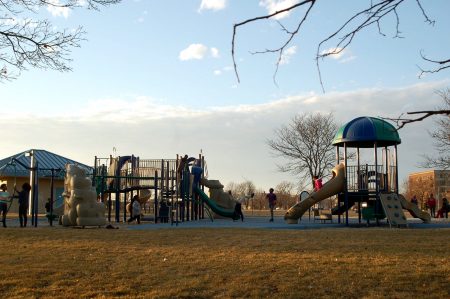 Johnsons Park is the largest green space in the neighborhood, with 11.5 acres. Photo by Camille Paul.

“This is the culmination of what has been a decade-plus of work and collaborative partnership,” said Marcia Caton Campbell, executive director of Center for Resilient Cities and project director of the Milwaukee office, which closed Aug. 31 because the project was completed.

“The community was involved in the planning and visioning process in 2005 and all the way through to the end,” added Caton Campbell.

The purpose of the initiative was to renovate 19 acres that included Alice’s Garden, Brown Street Academy Schoolyard and Johnsons Park. All together it took approximately 12 years to complete, starting in 2005 with Alice’s Garden, and finishing with the completion of Johnsons Park last June after two years of renovations.

“We have so many vacant lots in this area,” said Venice Williams, director of Alice’s Garden. “To have a space intentionally developed for activities and family gatherings is important.”

Johnsons Park is the largest public park space in Lindsay Heights, with 11.5 acres. Residents of surrounding neighborhoods and organizations such as Running Rebels use the park for sports, recreation and entertainment. Among its amenities are a multipurpose field, a Tee-ball field, a new lighting system, bathrooms, park benches, an open-air picnic area and a performance stage. The park also has a bioswale/infiltration basin to collect storm water and prevent flooding.

“As park use increased, that helped make the case to donors that this was a park space that needed to be renovated,” said Caton Campbell. “There was public investment but the lion’s share came from private investors.”

Of the $2 million budget for the initiative, $1.16 million came from private investors and $878,000 from the city and county of Milwaukee. Project partners also included the Rotary Club of Milwaukee, Johnsons Park Neighborhood Association, Alice’s Garden and Walnut Way Conservation Corp.

The Rotary Club, which became involved with the Johnsons Park Initiative in 2008, assisted in raising funds for the park renovation. “It’s always a little bit of a struggle getting funding,” said Executive Director Mary McCormick. “It’s taken a little bit of time to get it activated, but I’m glad that it’s happening and we are a part of it.” The Rotary Club expects to install a new gate connecting Alice’s Garden and Johnsons Park in April.

Last June, a community celebration, including music and spoken-word performances, was held to mark the park’s re-opening.

Nettie McCullum, who has lived in the neighborhood for five years, discovered Johnsons Park last summer when her granddaughter Javese, 10, mentioned it to her. 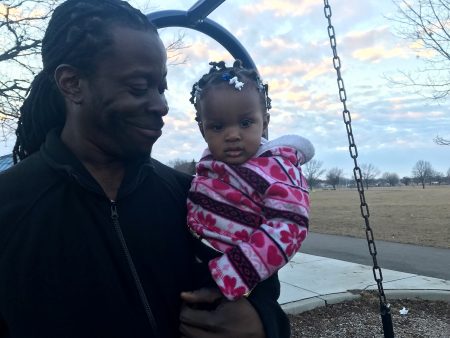 Julius Sommerville often brings his daughter to the park to enjoy the swings. Photo by Camille Paul.

“It’s a nice place to come for her,” said McCullum. “She likes to roller skate on the asphalt and it’s a safer atmosphere.”

Julius Sommerville has lived in the neighborhood for 13 years, but said he did not come to the park before the re-opening in 2016. He said he enjoys the park, but would like to see more amenities.

“It’s a safe park, I know that,” said Sommerville, who feels comfortable bringing his infant daughter there. “But it could be better. There isn’t enough for kids out here. They could have added a pool or a basketball court.”

Sommerville is optimistic about the park’s effect on the community. “This gave people hope,” he said. “People are thinking, ‘If they came to change this, then what else could they change around here?’”

Williams said she hopes that the park renovations will lead to more activities throughout the year. “I think this is just the beginning. “I am excited about the possibilities it will bring to the community,” she added.

“There have been so many promises to the community. “It’s good to see a project planned out and then completed.”

Photos from the June 2015 Celebration 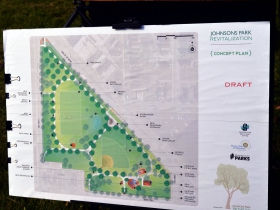 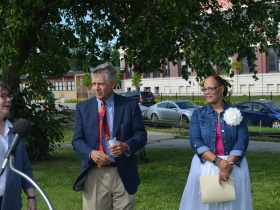 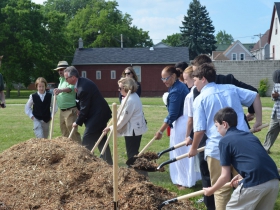 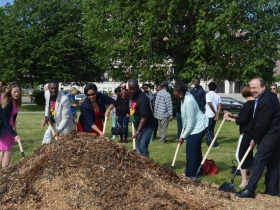 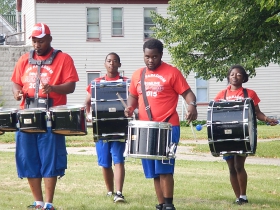 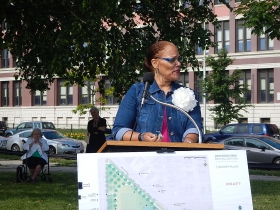