The Power of Shostakovich

UPDATE: We received word Saturday evening from Stefanie Jacob that the Prometheus Trio concert has been postponed:

“Due to circumstances beyond our control, we are rescheduling our February concerts for March 20th and 21st–still Monday and Tuesday, but both will be in the evening.”

This is the first time a program has been postponed in the 17 years of Prometheus concerts.

If you see friends this weekend who often attend, pass the word. If they had not scheduled the concert this next week, encourage them to plan for one of the March sessions. It will still be a great concert!”

The Prometheus Trio (pianist Stefanie Jacob, violinist Margot Schwartz and cellist Scott Tisdel) offer their third concert of the season next Monday evening and Tuesday morning at the Wisconsin Conservatory of Music. The repertoire includes a trio by Wolfgang Amadeus Mozart, one by Dmitri Shostakovich and a new trio by Pierre Jalbert. 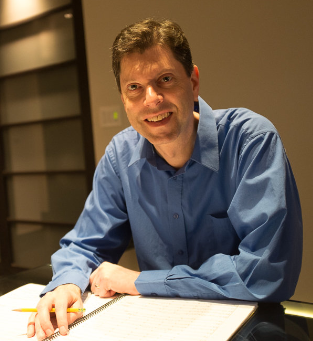 The concert opens with Mozart’s charming Trio in G Major, K. 564 (1788). A classic sonata form opening movement is followed by a theme and variations central movement. The finale embraces what Jacob calls a “tuneful country-jig.” The somewhat lightweight Mozart trio sets the palette for a thoroughly challenging pair of 20th and 21st century works.

To some, the concert may seem predominately contemporary. But Jacob reminds us that “none of us think of the Shostakovich as a contemporary piece – it was, after all, written 70 years before the Jalbert and become a classic that all trios play.” True. The Shostakovich Trio No. 2 in E minor, Op. 67 (1944) is likely to be the highlight of the concert for most. Written in 1994, the work reflects the impact of World War II and the personal loss of a friend, Ivan Sollertinsky, in a Nazi concentration camp. Critic Basil Smallman identifies the complex emotions Shostakovich often built into compositions. “Its aura of mingled bitterness and forced gaiety, of wild hysteria and despair, together with its prominent use of a ‘Jewish theme’ (recognizing the faith of his friend) was chiefly inspired by the agony of wartime Russia.”

Shostakovich was able to create unique soundscapes, but in this work the effects are extraordinary. He explores the effects of harmonics in the strings – especially through a virtuoso cello. At times, the stratospheric notes of the cello roam above the violin. The violin explores the somber range of a viola. The piano resounds with a weighty percussive urgency. Jacob concludes, “This is a profoundly affecting piece.”

Pierre Jalbert, an American composer who has been publishing compositions since 1989, premiered his Piano Trio No. 2 in 2014. He titles the two contrasting movements “Mysterious, nocturnal, desolate” and “Agitated, relentless.” At times the work seems like John Adams in its urgent images inspired by a hectic urban life. At other times, the tranquil sections – lovely crystalline passages – remind me of Debussy as reinterpreted by Ned Rorem. Jacobs observes “eerie harmonics,” “organized chaos,” “wailing glissandi” and “distracting meter changes” in her program notes. But this challenging work for the players is ultimately approachable and satisfying to the listener. I would recommend listening to the premiere of the trio in an online concert to set your bearings for the live performance. (The link is found at the title of the piece.)

As usual, the Prometheus Trio will be offering a rich and interesting program that challenges the players and satisfies a loyal audience.

The Prometheus Trio will perform on two days – Monday, February 6 at at 7:30 p.m. and Tuesday, February 7 at 11:00 a.m. – at the Wisconsin Conservatory of Music on 1584 N. Prospect Avenue. The Tuesday morning schedule allows for those who prefer driving in daylight during the dark winter season. For ticket information see the WCM website or call (414) 276-5760. Additional evening parking is available at Milwaukee Eye Care, 1684 N Prospect Avenue (at Brady St).

The Trio completes this season with a concert on Monday & Tuesday, April 24 & 25, 2017 at  7:30 p.m. The concert will feature the Trio in E-flat, D.929 by Franz Schubert, Trio No. 2 in D minor by Bohuslav Martinu and a recent work by Kenji Bunch titled Swing Shift.

2 thoughts on “Classical: The Power of Shostakovich”