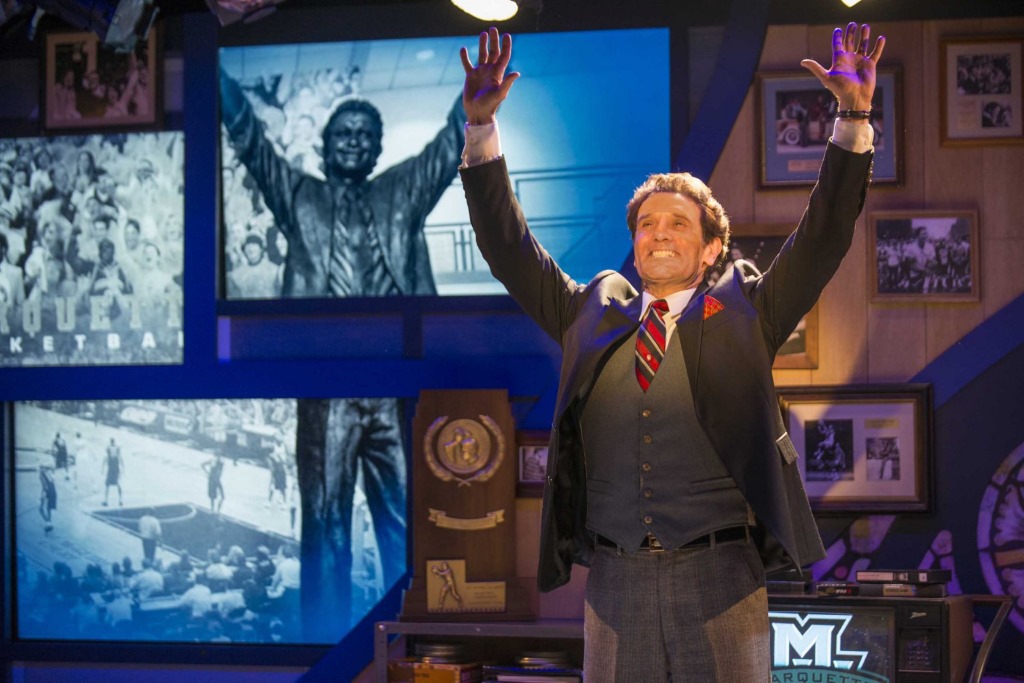 Dick Enberg was a successful commercial broadcaster for decades, so it is not all that surprising that, in re-creating Marquette University’s legendary basketball coach (and his longtime TV partner) Al McGuire, he has loaded in humorous – even familiar — anecdotes, history and bits of human wisdom, all thoroughly entertaining.

But in truth, it is the masterful performance of Broadway veteran and Marquette University alum Anthony Crivello that makes McGuire such a satisfying event (running through March 19 at the Milwaukee Rep’s Stackner Cabaret). It is not just that the performance exceeds the material, but it so invests the material with immediate life that we hardly notice any limitations.

This is not in the class of, say, The Belle of Amherst (built around the hidden life of poet Emily Dickinson), one-person play material so strong that many good actresses can keep us engrossed.

In lesser hands – and without a Marquette-friendly audience opening night – the 100-minute journey might have dead spots, but with Crivello it is acted superbly and staged with superior professionalism by the Stackner technical team. Designer Kristin Ellert-Sakowski has added a slick touch of locker room and TV background on one side of the stage while the other side (perhaps appropriately for Marquette alum) has stained glass religious icons behind a bar that actually pours beer.

Her screen projections and photos name-drop all the MU athletic greats that rode with McGuire to national prominence from 1966 to 1977, until he turned a few years later to broadcasting. He later died from leukemia. The production lightly touches on his less savory side, but relishes his defiant showmanship.

Marquette connections do abound. This reviewer was at Marquette at the start of McGuire’s coaching career and Crivello was a basketball cheerleader near the end of the coach’s reign. But the accuracy is not only up-close and physical (Crivello catches the curly-haired look, grim jaw, sudden grin and broad New York accent and combative manner), it also makes palatable a portrait that comes close to turning McGuire into the wisest, bluntest, happily vulgarest seer of our society. Even his exclamations of joy like “treetops, sea shells and balloons” take on poetic meaning.

Enberg provides strong material but Crivello has honed it into a master class of how to occupy a person and command attention. He has been guided well by director Brent Hazelton, though it is hard to know with such a polished veteran performer where the instructions worked and where they were unneeded. There are a few giveaways in staging that rely on audience laughter or reaction, which often comes but sometimes doesn’t.  The actor and director needed to build in more spontaneity, since that sense of living from moment to moment is a real plus in this production.

What’s also admirable about the show is that those who knew McGuire and his impact on the city (from basketball to Al’s Run to his wild and crazy TV act) will deeply enjoy this outing. But so will patrons to whom McGuire is a stranger. The presentation, including sound effects and rapid parades of his accomplishment, makes his story clear while the actor makes him so personable that at times you’d swear it was the actual Al up there. 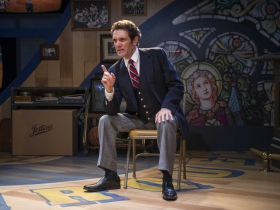 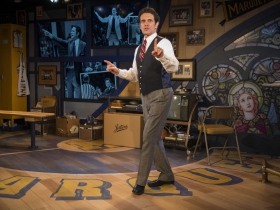 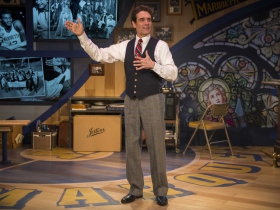 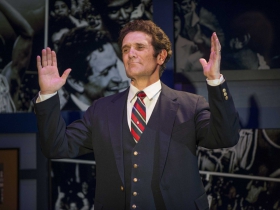 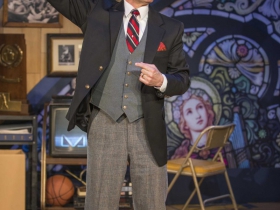 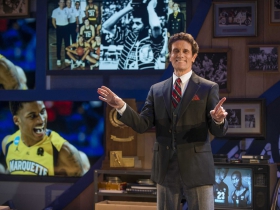