Texting While Driving Is Killing People

More dangerous than drunk driving, it's a growing cause of accidents in state, nation. 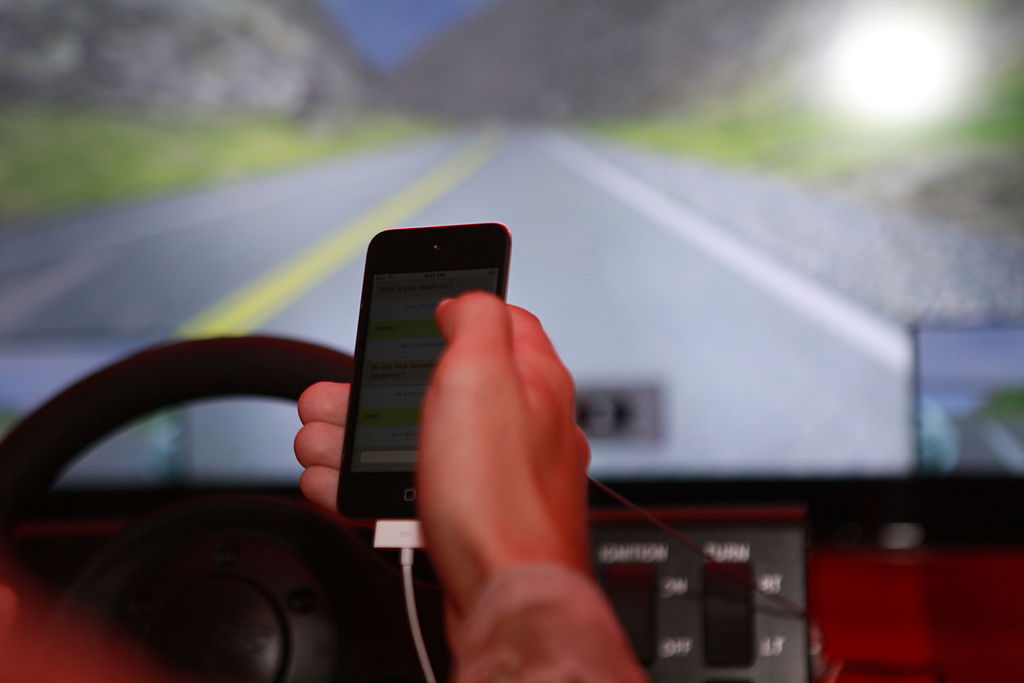 Texting and driving. Photo is in the Public Domain.

The number of people who send text messages on their cellphones while driving is dramatically increasing in Wisconsin and across the United States, and it is deadly.

Many of us have done it. A 2013 survey by AT&T revealed that 49 percent of adults admitted to texting and driving.

In response to the crisis, almost all states, including Wisconsin, have passed laws banning texting while driving. Wisconsin law states, in part, that “no person may drive … any motor vehicle while composing or sending an electronic text message or an electronic mail message.” Doing so can result in a fine of up to $400.

Despite the laws, the number of people who send text messages while driving continues to grow dramatically.

Some Wisconsin high schools are teaching students about the dangers of texting while driving. One strategy is to show the students real stories of peers talking about losing friends or loved ones in texting-while-driving crashes. While many students seem to be moved by these real-life accounts, we have yet to see what impact these educational programs will have on the rate of texting while driving.

While driving behavior like “swerving” used to be a relatively common indicator of drunken driving, it may now be more indicative of a person who is sending a text message.

The stories are heartbreaking. A 35-year-old Wisconsin woman named Destiny Xiong was recently charged with vehicular homicide in Minnesota, relating to a distracted driving crash. Xiong reportedly admitted she had been reading a text message from her daughter while driving. After allegedly dropping her phone and looking for it, Xiong’s car slammed into a car driven by a young mother, who later died.

The dangers caused by texting and driving are enormous. Many people are addicted to their cellphones and driving has become more of a boring, routine inconvenience to some than a luxury. Using a cellphone while driving, sadly, fills the boredom gap.

Far too many of our citizens are injured or killed every year as a result of texting and driving. These tragedies are preventable. It is my hope that in 2017, we continue to talk to each other about the real dangers of this activity so that more of us can live to see 2018.

6 thoughts on “Op Ed: Texting While Driving Is Killing People”