By Gretchen Schuldt, Wisconsin Justice Initiative - Jan 2nd, 2017 12:34 pm
Get a daily rundown of the top stories on Urban Milwaukee 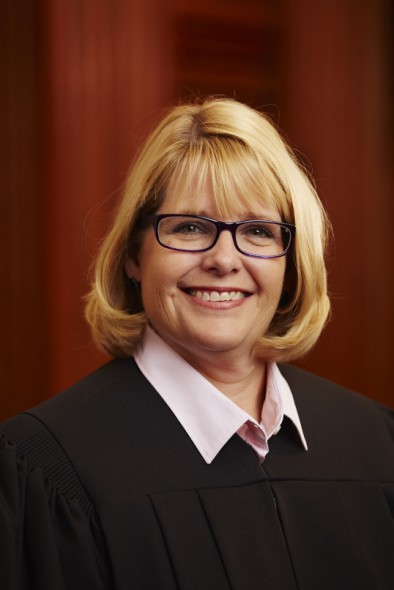 Michelle Ackerman Havas, who apparently is the only candidate for Branch 10 of Milwaukee County Circuit Court, was once a Milwaukee County circuit judge. She was appointed by Gov. Scott Walker in August 2015 after having been recommended for the job by Rebecca Bradley, who also received judicial appointments from Walker. “Ms. Havas is able to articulate a judicial philosphy of adherence to the rule of law, applying the law as it is written, and setting aside her own personal beliefs in doing so,” Bradly wrote, in her recommendation. “I highly recommend Michelle Havas for appointment to the Milwaukee County Circuit Court Bench.”

But Ackerman Havas lost her bid for election in April 2016. It looks like she will now run unopposed in the April 4 election. (Incumbent Judge Timothy Dugan has been appointed by Walker to the District 1 Court of Appeals bench.) Havas filed her nomination papers Dec. 22.  All information here is taken from the appointees’ own judgeship applications.

Legal experience as an advocate in criminal litigation, civil litigation, administrative proceedings: As civil litigator at Whyte Hirschboeck Dudek worked general civil litigation and insurance defense and represented governmental officials against civil rights and liability claims. While I enjoyed the nature of the practice, I yearned for something more suited to my talents of personal interaction and public service and I left WHD in January, 2002 to be a  Westlaw accounts manager. She left after nine months.

I realized that my yearning was only going to be quenched by a return to the true service of those in Milwaukee County. I joined the Milwaukee County District Attorney’s Office in November 2002. There she briefly prosecuted misdemeanors before she transferred to Children’s Court to handle termination of parental rights cases.

Number of cases on appeal: 110 cases associated with her bar number, but the actual number of families involved may be much smaller.

Professional or civic organizations, volunteer activities, service in a church or synagogue, or any other activities or hobbies that could be relevant or helpful to consideration of the application:

All judicial or non-partisan candidates that you have publically endorsed in the last six years:

I enthusiastically endorsed Judge Rebecca Bradley and Judge Christopher Dee and appeared at various functions and fundraisers with them….I may have offered my name to other judicial candidates in the past but I do not specifically recall doing so.

On competing in the 2005 “Milwaukee’s Talk Star” competition held by WISN (AM 1130), home of Mark Belling and Sean Hannity — I finished second in the final voting. I mention this as I believe it speaks well of my ability to communicate my message to a large audience as well as my relatability to the Milwaukee market.

Why I want to be a judge – I am the person who is called to serve the people and to apply the laws that have been passed by the legislature. … I wholeheartedly embrace the separation of powers and believe that it is only through respect for the principles upon which this country was founded that we will be able to protect the judiciary from falling prey to the citizenry’s ever-changing political pressures of the day.

Judicial philosophy – The citizens of Milwaukee County deserve a judge who believes, as I do, that the rule of law is not merely a suggestion but a mandate. In my years of service, I have strived to maintain that philosophy, not shying away from enforcing the rules or the laws fairly and impartially without regard to any personal feelings or political preferences I may have….

That is not to say, of course, that I believe being a jurist is a mechanized endeavor. Rather, it is necessary to couple my strong respect for the principles of judicial restraint with the sound discretion that I would be called upon to exercise. As I would exercise such discretion, I would bring to bear my strong moral code and work ethic as well as the sense of civic and personal responsibility of which I am proud.

The case involved a challenge to an Ohio statutory scheme designed to provide educational choices for parents of children in the Cleveland School District, which had unconscionable failure rates at every level of the public school system. …

The Court, in an opinion authored by Chief Justice Rehnquist, found that the Ohio program was one of the true private choice….The parents were able to “exercise genuine choice among options public and private, secular and religious….”

I was most taken with the refusal of the majority to be baited into an analysis of the merits of the program….they did exactly what the framers intended for them to do: Interpret the laws passed by the Legislature and determine if they are constitutional. Whether or not a statutory scheme is effective is not something that a court should concern itself with.

In this case, the Court opted to deviate from its constitutionally granted power to apply the law to delve into the legislative branch by creating a law that requires all juvenile custodial interrogations to be recorded if they occur in a place of detention and where feasible if they occur elsewhere. They additionally veered into the executive branch to dictate how law enforcement should handle their interrogations. None of this was necessary to dispose of the case and protect the rights of Jerrell C.J. but was instead an opportunity for an activist court to legislate by fiat.

(Gretchen Schuldt writes a blog for Wisconsin Justice Initiative, whose mission is “To improve the quality of justice in Wisconsin by educating the public about legal issues and encouraging civic engagement in and debate about the judicial system and its operation.”)

3 thoughts on “Court Watch: The Return Of Michelle Ackerman Havas”