The Shame of Milwaukee

How race baiting was used against Mayor Zeidler in 1956 campaign. Excerpt from new book. 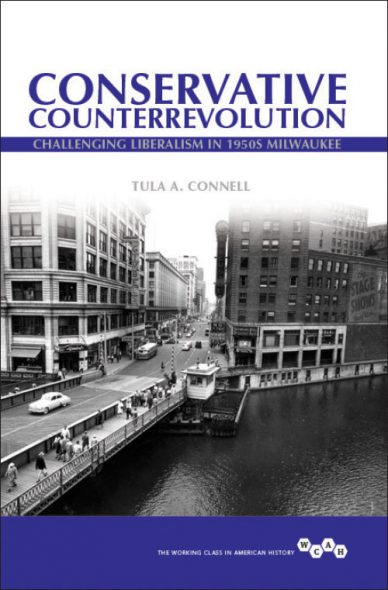 Throughout the 1951 referendum vote and in suburban resistance to annexation, the issue of race often had been the implicit thread weaving through the background of public discourse. But the 1956 mayoral race burst the bounds of tensions long unspoken as Frank Zeidler’s main challenger, Alderman Milton McGuire, centered his campaign on opposition to the rising number of African Americans in the city.

McGuire represented the city’s Third Ward (which included Downtown, East Side and Third Ward) and had been Common Council president since 1948. His campaign fueled a rumor circulating since the 1951 referendum fight that Zeidler posted billboards throughout southern states to attract African Americans to Milwaukee, luring them with promises of low-cost public housing. The rumor was so threatening to Zeidler’s 1956 re-election, the local AFL asked central labor councils throughout the South to report on whether the billboards existed. From High Point, North Carolina, to Meridian, Mississippi, union leaders avowed they never had seen such billboards from the mayor of Milwaukee. But union leaders did find one solicitation urging African Americans from the South to come to Milwaukee—from the Wisconsin Employers’ Association looking for summer agricultural workers.

Although Zeidler supporters forced McGuire to publicly come out against the billboard rumors, McGuire’s campaign repertoire included the slogan “Milwaukee needs an honest white man for mayor,” and it was reported that “McGuire aides have sneered at Zeidler workers for associating with a ‘nigger lover.’” The alderman also used more subtle appeals. At a meeting of Milwaukee’s Certified Rental Operators, a group “especially exercised over the race issue,” he promised that, as mayor, he would keep Milwaukee free of “southern migrants,” a euphemism for African Americans. Playing on white voters’ fears that large numbers of low-income African Americans were moving to Milwaukee worked
in tandem with the McGuire campaign’s false accusations that the city’s crime was escalating out of control because of gang violence. Police Chief John Polcyn took after McGuire, following a campaign ad that declared marijuana- and liquor-crazed “hoodlum mobs” ranged the city “with wolf-pack viciousness.” Calling it “the most infamous falsehood ever perpetrated against the citizens of Milwaukee,” the outraged chief, supported by other law enforcement officials, succeeded in getting McGuire to repudiate the “wolf pack” ad, which McGuire attributed to an outside ad agency that created it without showing it to him in advance.

Always in fragile health—although he ultimately lived to age 93—Zeidler approached the 1956 mayoral election determined not to run. But as his political opponents ratcheted up the issue of race, he decided he had to meet the challenge. Zeidler was “determined to fight” those who charged he was “being too friendly to Negroes”—even if that meant alienating allies. A union official called Zeidler one night and “laid it on the wood” about how disturbed union members were over “black gambling, drugs and property standards.” Church leaders, who demonstrated a lack of support for civil rights, could not be counted on. Nor did Zeidler feel he had the backing of black or Hispanic leaders, “for they feel, almost universally, that all the white attitudes are wrong. These leaders continually stress the duty of the white citizens to them, and overlook their own shortcomings.” Even some liberals in Milwaukee complained “bitterly” to Zeidler when blacks moved in their neighborhoods.

McGuire, who received campaign funding from suburban residents and realtor groups, returned to the issue of Zeidler’s socialism as a way to attack the mayor’s urban policies while championing his own support for unfettered free enterprise. He also sought to separate himself from labor interests, but his campaign was likely behind the formation of a small “Labor for McGuire” group, knowing that in union-dense Milwaukee, no politician could get elected without the backing of union members.

While McGuire gained a superficial veneer of labor support, he received real backing from the brand-new local chapter of “For America.” At the national level, the committee led by Clarence Manion was seeking to throw the 1956 presidential elections to the House of Representatives as a way to both stymie a Democratic win and unseat Eisenhower, in the belief that the two parties were tainted with “international socialism.” In Milwaukee, the group campaigned for McGuire by mailing brochures to area business leaders and asked them to form a “chain” by ordering copies and distributing them to family and friends. Milwaukee’s Woerfel Corporation was among those to oblige, with its head, J. J. Woerfel, writing to his employees and urging them to read the “Think, Milwaukee Voters!” brochure. Woerfel assured them that if they kept the letter chain alive, they would get a better Milwaukee “led by a man who firmly believes in the American free-enterprise system.” Zeidler, appalled at the extremism of For America, whose platform opposed the income tax, asked McGuire to denounce the group’s support of his campaign.

McGuire instead threw his support behind Milwaukee For America, saying he had “checked out” its pamphlet and “it tells the truth.” His attacks on both black migrants and expansive government programs advanced a message that resonated with many voters. A handwritten letter from “a disappointed taxpayer” to Zeidler illustrated the muddling of race and economic conservatism. “Whites just don’t want to live with the blacks in any district and integration won’t work here any more than in the South. . . . The New Deal, the Truman administration were not Democrats [sic]—they were Socialists like you are. Are you with the whites or against us?”

McGuire’s Red-baiting alone would not have reshaped the mayoral race in a city where voters took for granted that Socialist Party mayors had governed longer in the twentieth century than any other party. Even the Journal asserted, as it did in the 1952 election, that its fears of socialism under a Zeidler administration had not been realized. But by combining race-baiting and Red-baiting, McGuire hit on a powerful combination that appealed to many residents angered by the collective embrace of the New Deal and looking for a scapegoat to target. Conversely, Zeidler’s 1956 victory, as in previous years, could not be attributed to the Socialist Party. The voting pattern of the 1956 election “bore little resemblance to the patterns in the heyday of the Milwaukee Socialist Party.” Zeidler carried all the wards in the city except his opponent’s home ward and the solidly Republican Eighteenth Ward located along the city’s tony north lakeshore, suggesting more “a split between Democrats and Republicans than between socialists and anti-socialists” and also pointing to the lack of religion as a factor in any of his mayoral races, with voters on the Catholic South Side wards in 1956 not throwing their support behind one of their own in sufficient numbers to swing the race.

In stark contrast with its stance in the 1948 municipal campaign, the Milwaukee Journal not only strongly supported Zeidler but relentlessly attacked McGuire, pointing out, as did Zeidler, the number of times the alderman had held closed-door Common Council sessions away from the public—including those involving the debate over educational television. The paper’s editorialists countered McGuire’s charges of inaction under Zeidler, pointing to the city’s strong-council–weak-mayor form of government and asserting that, as president of the Common Council, McGuire had been more powerful than the mayor. “It has been in the Council, where McGuire was leader, that the civic development, off-street parking, consolidation of rubbish and garbage collection, and other things have ‘bogged down,’” the paper wrote.

In fact, a year after McGuire sought to make an issue of the city’s poor management and its “bad reputation” outside Wisconsin, a Fortune magazine series on cities ranked Milwaukee as the second-best-run city in the nation and profiled Zeidler as one of the most outstanding mayors in the country. “St. Louis, Cincinnati, and Milwaukee, all with long traditions of honest government, have a remarkable trio of mayors: each wears a distinctively scholarly air and is a pretty good politician to boot.” Fortune assembled scientific and opinion data for the twenty-three largest cities, from which it highlighted the top eight. Cincinnati and Milwaukee received the highest number of good marks for municipal services such as fire protection, public health, and recreational facilities. Milwaukee was only one of three cities given triple-A bond ratings by Moody’s. Back in 1948, the Junior Chamber of Commerce had named Zeidler as one of the nation’s most outstanding young men.

From Conservative Counterrevolution: Challenging Liberalism in 1950s Milwaukee, by Tula A. Connell and published by the University of Illinois Press. You can order the book at Amazon.com.

6 thoughts on “The Shame of Milwaukee”