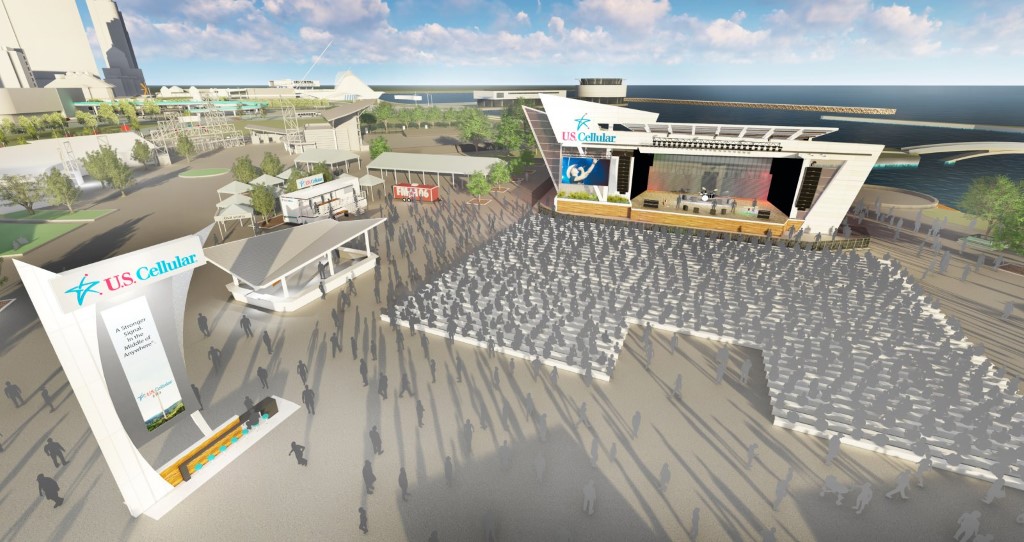 Summerfest, “the World’s Largest Music Festival,” is run by Milwaukee World Festivals, Inc., and will celebrate its 50th anniversary in 2017.

Although a nonprofit, the Summerfest parent generates considerable profits which its board of directors has routinely dedicated to capital improvements. Every few years a major program is announced for the 75-acre lakefront entertainment facility that draws over 1.4 million visitors per year.

Today, following the annual meeting of the board, it was announced that a 10-year partnership deal had been reached with sponsor U.S. Cellular that would call for the demolition of the existing U. S. Cellular Connection Stage, and replacing it with a larger facility. Smiley said the amount was confidential, “but is in the millions.”

The existing stage, last upgraded in 1996, will be torn down immediately after the 2017 season and will be ready for the 2018 season.

Smiley said he had received an imperative from the board to work on the north end of the property. He said the project there would be integrated with the Lakefront Gateway, Milwaukee’s new “front door” which is expected to be completed around the same time. In a reversal, the audience will face the lake and the city, a view once reserved for the bands.

N. Harbor Dr., which fronts Summerfest, has already been relocated, and space has been cleared for the expansion of the grounds due to freeway reconstruction nearby. Bulldozers are working on the site at this time, reconfiguring the Miller Lite stage.  The former downtown transit center is now in the process of being demolished and replaced with The Couture building. Much other work is underway in the vicinity. The Italian Community Center, to the west, is considering an offer to purchase part of the southern portion of its property.

Demolition of the Downtown Transit Center 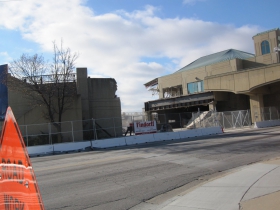 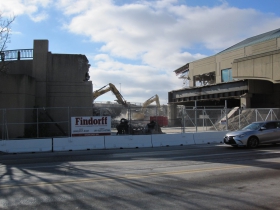 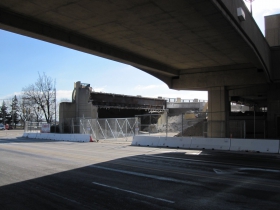 As its name implies, Milwaukee World Festivals has a global focus reflected in the numerous ethnic festivals held there annually in addition to the Big Gig.

“Our mission is to promote an understanding of different ethnic cultures, the histories and traditions of various nationalities, harmony in the community, civic pride and provide a showcase for performing arts, activities and recreation for the public and employment opportunities for the youth of the community,” according to the organization.

Summerfest also faces global competition for travelling acts during the summer festival season in the northern hemisphere. “The competition is really global in nature for these bands,” Smiley said.

So, if you want to lure Mick Jagger or Paul McCartney to Milwaukee in July, as Summerfest did respectively in 2015 and 2016, it is best to see that your profits have been regularly invested in your facility. Things get old real fast otherwise, and there are other markets far larger than Milwaukee that would be willing to host the world’s top acts. But we keep getting them, in part due to the facilities and management.

In the case of the U.S. Cellular Connection facility at Summerfest, a completely rebuilt stage for the performers, with a 25 foot LED video screen behind them, should be a draw for booking agents. “A larger performance area, enhanced production capabilities and improved artist amenities” is also planned.

Smiley said he has noticed a trend for bands to travel with larger-scale productions than in the past, and he does not want to miss out on a hot act because his stage could not accommodate the band due to space constraints, or because they’re so crowded back stage that they’re ready to kill each other.

Taking a cue from Broadway’s stage doors, Smiley, and the architects from Eppstein Uhen also have come up with “an open-air backstage loft area that will be used for artist meet and greets and interviews, as well as exclusive hospitality experiences with up front viewing of the stage for customers and contest winners.” In short, a V.I.P. area and probably a good place for acts to hawk recordings and related ephemera.

The capacity at the stage will be ramped up to about 9,000, Smiley said, with new bar and service areas for the patrons who will also enjoy a “stunning backdrop of the Milwaukee skyline and the lakefront.” 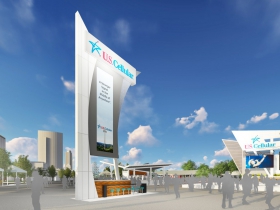 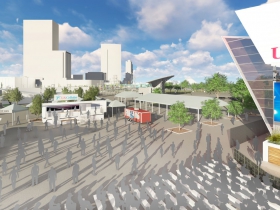 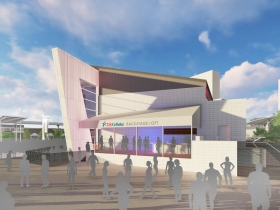 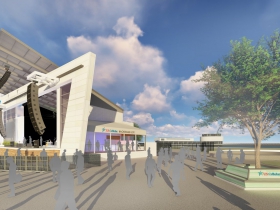 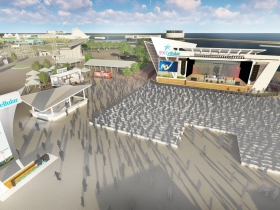 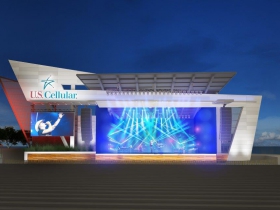 Milwaukee World Festivals and U.S. Cellular signed their first agreement in 2005, when cell phones were not nearly as ubiquitous as they are today, and were limited mostly to voice calls.

The new agreement calls for “mobile device charging amenities around the stage area, including benches with charging ports along the lakefront.” Furthermore, U.S. Cellular will continue to upgrade the facilities of Summerfest as its official wireless comunications provider. The company, the fifth-largest full-service wireless carrier in the United States, has already brought text and picture-to-screen technology at the stage, has added free charging stations throughout the grounds, boosted cellular service and added a virtual reality component.

Attendees at the press conference, held at the Summerfest headquarters, were invited to tour the new stage via a 360 degree virtual reality headset.

The Summerfest grounds is owned by the City of Milwaukee Board of Harbor Commissioners, which must approve all capital projects there. The current lease runs until 2030, Smiley said.

According to its 2014 federal tax statement, IRS Form 990, Milwaukee World Festival took in $33 million in program revenue, has assets of $78 million and liabilities of $58 million, leaving it with unrestricted net assets of $20 million. Smiley, the President and CEO, was paid $364,313 that year, the most recent for which information is available. 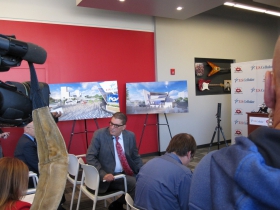 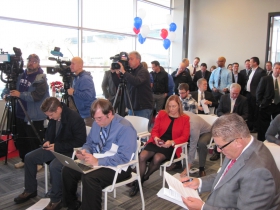 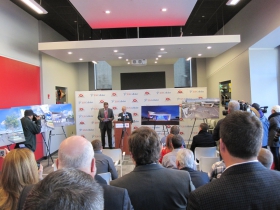 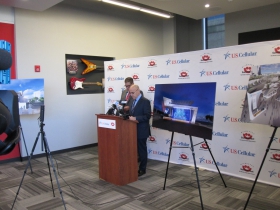 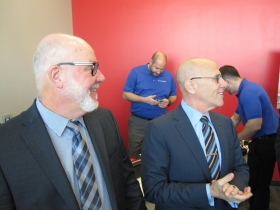 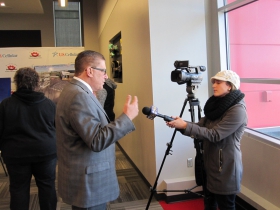 2 thoughts on “Plenty of Horne: New Stage for Summerfest Coming”