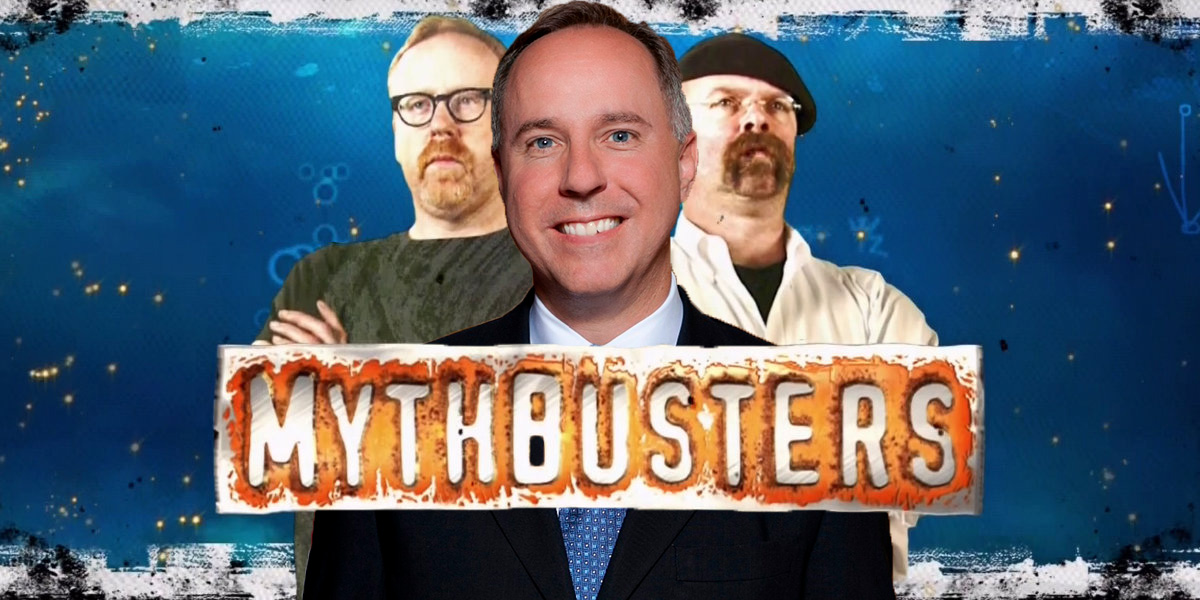 The cable TV show MythBusters may have ended eight months ago, but Assembly Speaker Robin Vos has created his own version of the popular show.

Vos gave Capitol reporters a 27-page copy of a report, “No Easy Answers,” that he says debunks the “myth” – held by Republican Gov. Scott Walker and others – that Wisconsin has no need to raise transportation fees or taxes to fix a critical funding problem.

Vos did not use the non-partisan Legislative Fiscal Bureau to create this report, as it also was used politically: he gave it to Assembly Republicans who sought re-election in November. Nor has the author been divulged. But it’s packed with information.

The report’s introduction says: “Everyone agrees that we need to find real, sustainable solutions that will allow us to build and maintain the infrastructure that moves Wisconsin people and products around, but that’s where the agreement ends.”

Myth No. 1: State highways are “not in bad shape.”

Fact: The U.S. Department of Transportation ranked state highways 47th nationally, with 71% of them “poor of mediocre.” The Wisconsin Taxpayer Alliance gave state highways an overall D grade. And, a special state panel created to look at the funding problem warned that, without new revenues, the percentage of state roads rated “poor or worse” will double from 20 percent in 2014 to 42 percent by 2023.

Fact: About 85 percent of state spending now goes to maintain state roads, and only about 15 percent to expand them.

Myth No. 3: State transportation tax collections have “never been higher.”

Fact: Transportation taxes have been relatively flat for five years, ranging from $1.71 billion in 2009-10 to $1.84 billion in 2013-14. That 7% increase in revenues is much less than inflation in the road-building industry, according to “No Easy Answers.”

Myth No. 4: With low interest rates, we should borrow more to maintain and build highways.

Fact: The current two-year state budget borrows a record $910 million, or 13 percent of all Transportation Fund spending of $6.82 billion. If the Legislature approved the state Transportation Department’s proposal to borrow $500 million more by mid-2019, debt-service payments would be about 25 percent of all transportation spending. “Every time we borrow to finance roads, we’re committing children not yet born to pay the bill,” the report says, noting that 12 states do not borrow to pay for their highways.

Myth No. 5: Let counties, cities, villages and towns enact “local option” taxes to pay for their streets and highways.

Fact: Local-option sales taxes, or the growing practice of local governments approving “wheel taxes” – including $30 just approved by Milwaukee County – do nothing to maintain “state highway and Interstate projects.”

Myth No. 6: Minnesota “does it better,” so let’s do what our neighbor does.

Fact: Minnesota did spend 35 percent less per mile on its state highways in one year (2011-12), when Wisconsin was rebuilding the Marquette Interchange. But, over a four-year period, average per-mile spending in both states was very close: Wisconsin, $153,880; Minnesota, $142,765.

Myth No. 7: Not building any more roundabouts will save millions of dollars that could be spent maintaining highways.

Fact: Roundabouts cost about the same – and often less – than traditional new intersections with traffic signals. Depending on the size of the new intersection, both types cost between $750,000 and $1.5 million.

Myth No. 8: Wisconsin should start charging tolls, so out-of-state visitors help pay for our highways.

Fact: The federal government would have to change existing rules to allow Wisconsin to join other states that toll. If that happened, it would still take three years for Wisconsin to set up its own system of tolls.

Myth No. 9: Legislators who vote to raise transportation taxes or fees – Wisconsin’s 30.9-cent gas tax or the $75 vehicle registration fee – get voted out of office.

Fact: According to the report Vos commissioned, 10 states have raised taxes to pay for highways and other transportation programs since 2012. In those states, of state representatives who voted for those revenue increases, “98% won primaries [and] 90% kept their seats.”

Vos says he wants all solutions to be considered to solve the transportation funding crisis. But he must also convince majorities in both the 99-member Assembly and 33-member Senate, and the governor who leads his party who laid down a “no new taxes or fees” marker. That could be an uphill battle over lots of pot holes.

4 thoughts on “The State of Politics: Robin Vos The Mythbuster”