Walker and 44 legislators (just one Democrat) have gained that in campaign donations.

The police were able to prevent a likely shootout on the near North Side where one criminal was armed with several guns and tons of ammunition supplied by his brother, who had a CCW permit. Photo courtesy of the Milwaukee Police Department.

As Wisconsin marks five years since the first concealed carry gun permits were issued, a GOP lawmaker says he plans on sponsoring bills next year that would allow guns in private and public schools and on college campuses.

Rep. Jesse Kremer, of Kewaskum, said he will first introduce a bill that allows licensed concealed carry holders to bring guns to private schools because that is more politically doable. He said the legislation would bring Wisconsin law in line with federal law, and that schools should have the right to arm staff and teachers in the event of a school shooting.

Similar proposals to allow concealed carry in public schools and on college campuses were introduced in the last legislative session, but failed to pass.

Currently, there are about 320,000 people in Wisconsin who are licensed to carry a concealed weapon since the law was passed in 2011 by the GOP-controlled legislature and approved by Republican Gov. Scott Walker.

The law was backed by the National Rifle Association (NRA), the nation’s largest and most controversial pro-gun lobby. The group generally supports conservative and Republican candidates for state and federal offices with direct contributions and outside electioneering activities.

In Wisconsin, the NRA has spent about $3.6 million since January 2008 on outside electioneering activities to support GOP and conservative legislative and statewide candidates, including about $23,400 on the legislative elections earlier this month. The vast majority of its spending, about $3.5 million, was to support Walker’s 2010 general, 2012 recall and 2014 general elections for governor.

In addition, the NRA contributed about $56,000 between January 2008 and August 2016 directly to all legislative and statewide candidates.

Nearly four dozen GOP legislators who will serve in the upcoming 2017-18 legislative session have received NRA campaign contributions or outside election support (see table below). 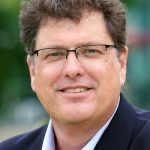