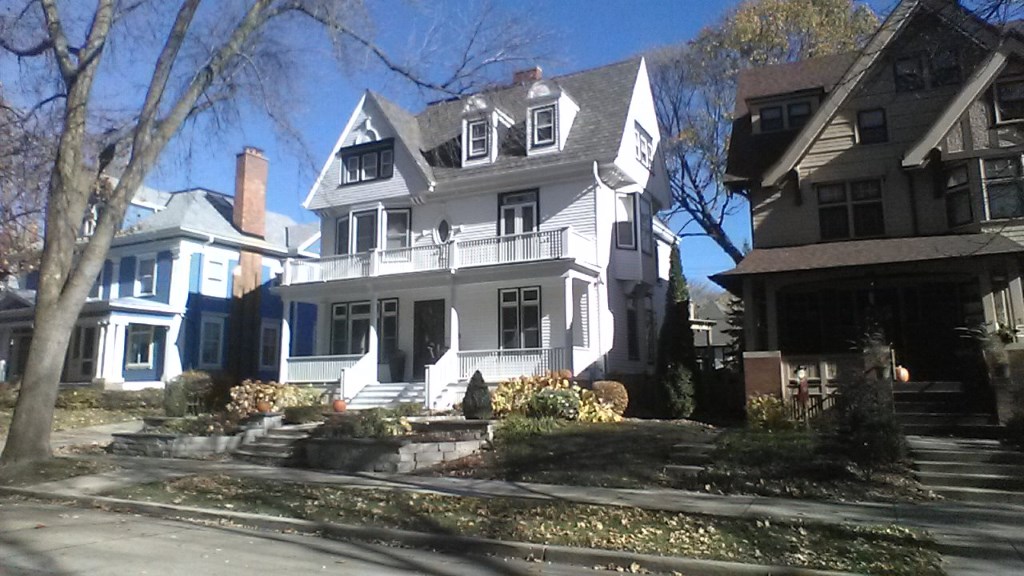 In September, 2015 David Stearns, then aged 30, was named the General Manager of the Milwaukee Brewers, becoming the youngest person currently serving in that capacity in Major League Baseball. His youth did not trouble him, he said at the time: “Trust me, I’ve had plenty of text messages over the last 24 hours that I will age tremendously.”

On November 11th, Stearns announced the extension of manager Craig Counsell‘s contract  to 2020, saying it was the easiest decision he had made all year.

Signing baseball talent is easy, it seems. Finding a home to live in, not so much.

In May of this year, after six months in the job, the bachelor Stearns, who is said to be engaged to Whitney Ann Lee, bought himself a place to live on Milwaukee’s East Side, settling for a 3,664 square foot home on N. Shepard Ave. south of E. Locust St. that was built in 1895, and extensively remodelled by its previous owner, who relocated out of town.

Stearns paid $660,000 for the home with its six bedrooms, four baths, one half bath and two fireplaces among its amenities. (The same amount of money would have bought him 400 square feet — a micro-apartment — in Manhattan, where Stearns grew up.)

Is this a bachelor pad masquerading as a family home? Stearns will have to have a long tenure here if he and Whitney plan to fill up each bedroom with a child.

Real Estate agent Katie Falk of the Coldwell Banker Falk/Ruvin group could barely contain herself in her description of the property when she listed it for sale at $689,000:

Today the home is seasonally decorated with a couple of pumpkins, uncarved, flanking the stone stairs that lead to the frame home. The gourds look a bit large to have been grown in the chef’s box garden, and I suspect they trace their mercantile origin to Nehring’s Sendik’s Market, which is conveniently nearby. Historic treasures abound in the district, including the North Point Lighthouse, which is open to the public. The Stearns residence is also quite near the childhood home of Ald. Nik Kovac, which has yet to ripen as a tourist attraction, and remains in the family.

In the minimal landscape, hostas are turning yellow, and will soon turn to mush with the advent of the long-delayed frost. Perhaps then Stearns will send out the grounds crew to tidy things up around the home plate, and possibly scatter some boughs. For now it looks like the garden cleanup was called due to a rain delay. Most of the plantings are quite recent and are just getting established.

The dwelling was built at what was then 616 Shepard Ave. for Gavin Perry Williams, who won a patent for a loose-leaf binder system in 1904. (One day we must discuss the remarkable number of wealthy Milwaukeeans with patents to their names. It was considerable in the city’s industrial heyday.) He ran the H. H. West Company, which was big in office supplies.

Counting the rooms here is a bit of a feat. The city pegs them at 10, but in a house as large as this, the number is subject to interpretation. Is the office space off the stair landing on the second floor a room, or not?

You probably wouldn’t count a pantry as a room, but would you count the butler’s pantry as a room? Can there be many houses in town with both, as this one has? (The city counts the pantries in with the kitchen space, and the “office” is a mere decorator’s illusion.)

The home sits on a lovely block. The immediate vicinity hosts the oldest concentration of fine houses north of the Water Tower. The area is designated as Prospect Hill, and is a registered historic district. The block is anchored by the fine George Douglass home on the corner of E. Park Pl., (former Jeffrey Grant Beutner home) and the entire street is filled with interesting houses of fine construction and often quite original design. As late as 1910, when this home was 15 years old, it still had a clear view of the lake outside its east windows, on account of the more expensive lakefront lots being slow to develop. (At the time there were many vacant lots as well on E. Newberry Blvd., which took forever to fill up.)

The home is impressive in its massing. You will note a detached garage to the rear of the property. There has been a parking structure of some sort here pretty much since the invention of the automobile. It is an hour to Miller Park by bus, via the Gold and Blue lines, so we’re guessing the general manager takes a car.

On September 21, 2015, the Milwaukee Brewers named Stearns their next general manager, succeeding Doug Melvin. At 30 years of age, he was one year younger than the Brewers’ player Ryan Braun. As a 2007 Harvard graduate, Sterns fit a new trend in baseball GMs. He is one of seven Ivy League GMs.

While he attended Harvard, Sterns interned with the Pittsburgh Pirates and after graduating from Harvard, rose quickly in the baseball world. He started with jobs in the baseball operations departments for the New York Mets and the Arizona Fall League. He then joined the MLB Central Office in 2008, where he worked on the negotiating team for MLB’s collective bargaining agreement. He spent his last 13 months in the central office as manager of labor relations. In December 2011, the Cleveland Indians hired Stearns and Derek Falvey as their co-directors of baseball operations, with Stearns focusing on player contracts, data analysis, and strategy, and Falvey working on player acquisitions.  In November 2012, the Houston Astros hired Stearns as assistant general manager, second only to Jeff Luhnow, the general manager.

Upon taking the Brewers job, Sterns wasted little time making changes. He fired five of the Brewers’ seven coaches, restructured the front office with several personnel changes, and during his first offseason as general manager replaced half of the members of the Brewers’ 40-man roster.

Reflecting his saber metric background, Stearns also changed the Miller Park scoreboard, adding the OPS (on-base plus slugging percentage) statistic, which some fans have found confusing. The new regime is also reflected by the fact that Brewers’ manager Craig Counsell now regularly uses words like “data” and “numbers” in discussion his coaching moves. We now await Stearns creation of a new metric to measure the success of MLB general managers. 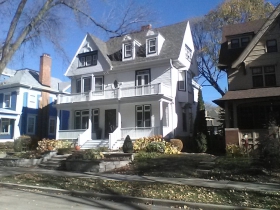 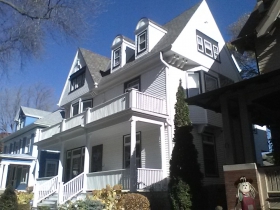 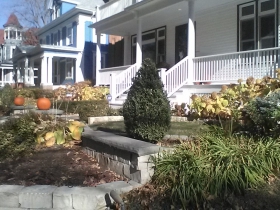 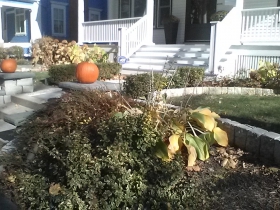 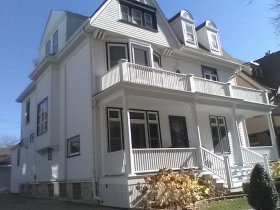 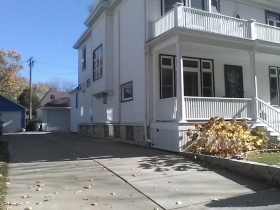 How Milwaukee Is It? The residence is 2.5 miles northeast of Milwaukee City Hall.