And new George Webb in Sherman Park, despite the summer''s unrest there. 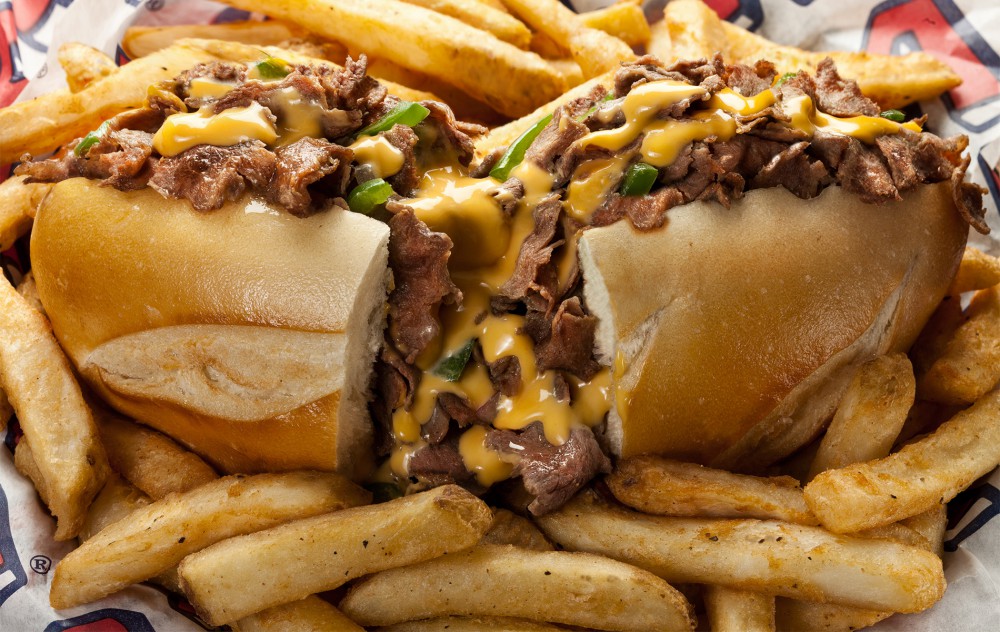 Chubby’s is opening a new location at 430 W. Silver Spring Dr. in Glendale. The grand opening ceremony is set for Oct. 20 at 11:30 a.m. This new location is the largest of the three, totaling 2,200-square-feet of space. Chubby’s general manager, Jessica Meyer, is excited about the company’s fast expansion. Melanie Lawder of the Milwaukee Business Journal notes the company’s future plans:

Chubby’s, which specializes in cheesesteaks, gyros and other fare, is looking ahead to where its next restaurants will be. The company already has scouted sites in Oak Creek and Madison, said Jessica Meyer, general manager with Chubby’s.

Meyer wouldn’t specify exactly where the company is looking to open new restaurants in Oak Creek and Madison, but said the company’s goal is to get those two new locations up and running in 2017. After that, she said Chubby’s is exploring franchising the concept so it can open additional locations around the country. Specifically, bringing Chubby’s restaurants to Arizona, California and Florida is one of the main objectives for the company, Meyer said.

A Milwaukee-based organic-certified chocolate producer, Tabal Chocolate, has plans to open its first retail shop in Wauwatosa. The business, founded in 2012, has products in over 80 stores and is moving to a larger storefront at 7515 W. Harwood Ave. The business is expected to open in November, and the new digs are twice the size of its previous facility. Melanie Lawder recently spoke with owner Dan Bieser and adds this:

“We’re just out of space … so the next logical thing is to open a retail spot and expand our production facility,” said Bieser.

The artisan chocolate maker, which has its goods in Outpost Natural Foods stores, Whole Foods, Beans & Barley Cafe and select Sendik’s stores, uses minimal ingredients and makes the chocolate through a process that starts with the sorting and roasting of cocoa beans and ends with the finished chocolate bar product. It’s a four-day process to create a batch of Tabal chocolate, Bieser said.

The new location, which will have seating for customers along with a hot chocolate bar and room for classes, is 1,600 square feet, almost double the size of its present location. The added space will enable the business to double its production capacity, Bieser said.

Milwaukee-area George Webb franchisee, Joey Gudgeon, plans to open a new location in Sherman Park following this summer’s turmoil. Gudgeon already owns restaurants in Milwaukee, Waukesha and Sussex, and was distraught when news broke about the unrest in Sherman Park. The new location will be found at 3528 W. Fond Du Lac Ave. and is expected to open in November. Lawder has more about Gudgeon and his desire to help the hurting community:

Gudgeon had always wanted to come back to Milwaukee’s central city, a place where he used to reside, and open a restaurant, but what happened in Sherman Park this past summer just propelled him to move more quickly. His own life has been plagued by personal troubles and stints behind bars, but years ago he decided to make a change, he said.

“I just said, ‘enough is enough’ and I changed,” Gudgeon said. “I woke up, made a decision to do the right thing, to live the right life and in doing such I got a job at George Webb washing dishes.”

“There’s a lot of hurt here, there are people without jobs,” he said. “I might not be able to have everybody in the community work, but I may be able to employ 12 to 15 people… I wish it was a factory where I could employ thousands of people. But it’s here, we’re going to make it work, we’re going to help.”

“I’d like to offer cheese that is really representing what’s so exciting that’s happening across the country on the smaller-scale producing farmsteads,” she said.

The new specialty food grocer, which has 900 feet of retail and seating space, will also feature a small menu of sandwiches and salads.

A Milwaukee native, Magyar got her start in the wine industry after graduating from the University of Wisconsin-Milwaukee, when she moved to New York and traveled through Europe. During that time, she also developed a passion for cheese and worked part-time at shops in New York that were devoted to the dairy product…

“It was always kind of there,” Magyar said about her interest in opening her own cheese shop. “And it just became more real as the timing was right.”

A conditional use permit for the new business was approved by the Wauwatosa Plan Commission on Monday. If all goes smoothly, Magyar hopes to have The Village Cheese Shop up and running this December.

Special promotions have been announced regarding The SafeHouse’s 50th anniversary. The restaurant will host a top-secret anniversary party on Oct. 19. Also, to celebrate 50 great years of tremendous customer support, The SafeHouse will be offering a limited time menu featuring cocktails and delicious eats. The restaurant’s press release previewed the new menu additions:

Specialty cocktail concoctions, such as –

Yup Yps – One of Control’s favorite original cocktails! Made with apricot brandy, sweet and sour mix and topped with orange juice

Undercover Girl – This SafeHouse Original cocktail is made with white rum, Pina colada mix and topped with pineapple juice

Scrumptious salads, tasty appetizers and killer entrees, such as –

In addition to the limited time menus and Friday and Tuesday promotions, The SafeHouse will reveal a top-secret deal or mission on one of its social media channels each day during October. Top operatives at The SafeHouse will post a link to unlock that day’s code word, as well as instructions for the mission.