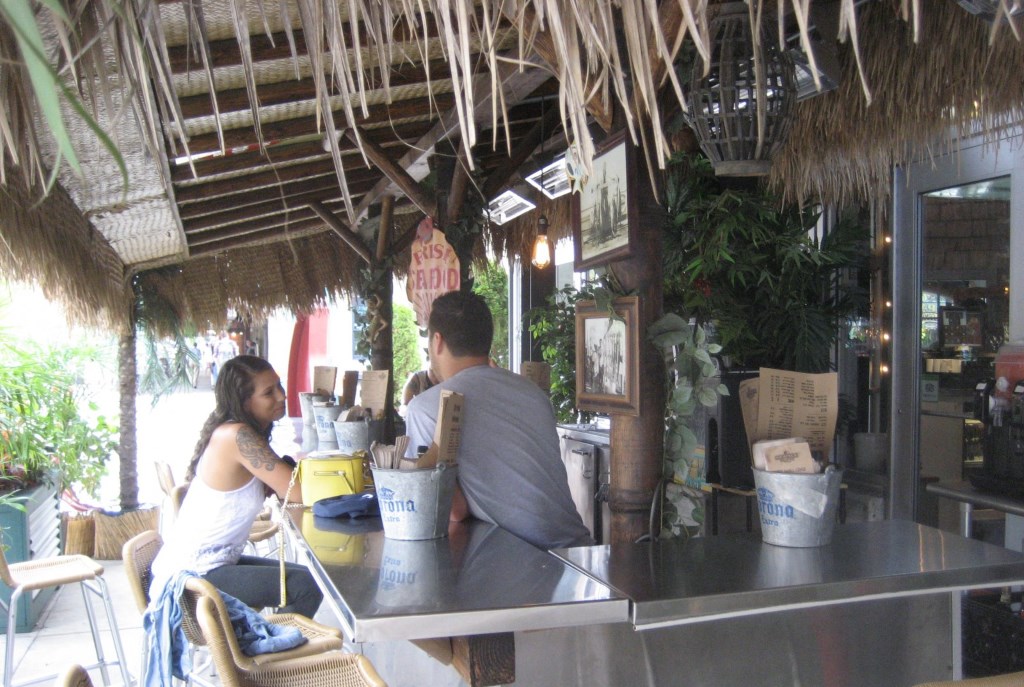 A couple of years ago, brothers-in-law Tim Collins and Patrick Nedobeck came up with a plan to expand the St. Paul Fish Company restaurant at the Milwaukee Public Market. The seafood market had been an original tenant of the market since its opening in 2005, offering lobster and other specialties served simply on stainless steel-topped tables and bar. There was no place to go but out — and Patrick constructed a little world of its own on the sidewalk of N. Broadway. For those strolling south on that street in search of the Third Ward, the outdoor bar with its thatched roof and lush tropical foliage (50 per cent real), is a sure sign of life. Some never make it any further south.

This is the closest to a pop-up bar you are likely to see in Milwaukee. Sure, others have sidewalk dining and drinking, and there are others with patios and beer gardens, but the seating here is barstools, not cafe tables, and you’re sitting at an actual bar, which, in Milwaukee, makes all the difference in the world.

The drinks here tend toward the tropical, for those with a taste for the mixed stuff. There is no shortage of wine at the market, for that matter, but this is an excellent stop for a quick beer or three and your choice of a fresh seafood platter of whatever variety suits your fancy from the daily menu.

Of particular interest is the soundtrack of the bar. This, you can be sure, was personally selected by Patrick, who has a long history of involvement with the Milwaukee music scene. His dad, Don Nedobeck, an artist, is also a musician and has played with his Dixieland Trio right outside on the street, bridging the generations.

In the late 1890’s you could look clear southeast from this site and see nothing but the wreckage left behind by the Third Ward fire. The Merchant Mills Building, just to the south across E. St. Paul Ave., was one of the few survivors. The portion of the market now occupied by the fish company was in 1894 a vacant lot.

By 1910 this precise location was the home of C. B. Muench Oyster Company, which is a matter of historic serendipity, since oysters are a specialty of the house here. Muench got trademark #104,628 for his oyster company in 1915.

A glance to the east shows the old LoDuca building, now a condo with a bright blue Bublr bike rack right in front. The view to the north was awesome for a couple of months during the reconstruction of the elevated freeway. Those were the months when the old elevated freeway had been demolished and the new one was as yet unbuilt. Today it looms over the market. Just around the corner from the bar is the loading dock of the market. Note the recessed loading dock, now rendered unusable for semi-trucks.

Instead, the delivery trucks are obliged to unload from busy N. Broadway. Won’t this be fun, especially when the streetcar begins rolling. The bar is located precisely where the streetcar will bend the corner by St. Paul and Broadway, which is sure to be an attraction for (and source of) patrons.

Nedobeck says he plans to keep the outdoor place open until the last day of October, when the tropical plants will most likely be indoors for the winter. (This is not one of those merchants who allows his plants to freeze to death. These things cost money, you know.)

He entertained a plan a year ago to provide a year-round enclosure for the outdoor bar, trading in what he called a “Gilligan’s Island” motif for a tropical rain garden one. He and market manager Dave Ward made a presentation to the Historic Third Ward Architectural Review Board, but I haven’t heard much about it since. The market’s landlord is the City of Milwaukee Business Improvement District #2, which is composed entirely of real estate professionals, despite running a large grocery store and overseeing a large commercial district. Despite its quasi-public stature, the market is a taxpaying property, with assessed valuation of $2,675,000. 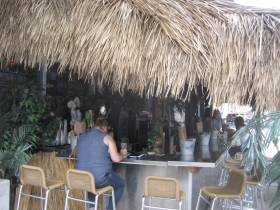 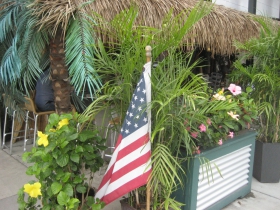 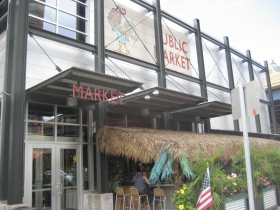 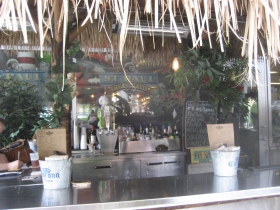 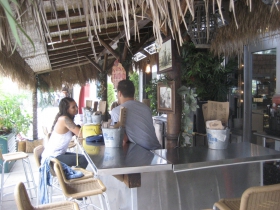 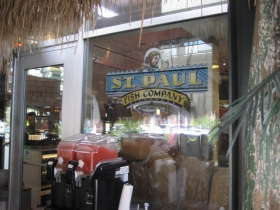