A Milwaukee staple that was quite the pioneering enterprise when it opened in 1997. 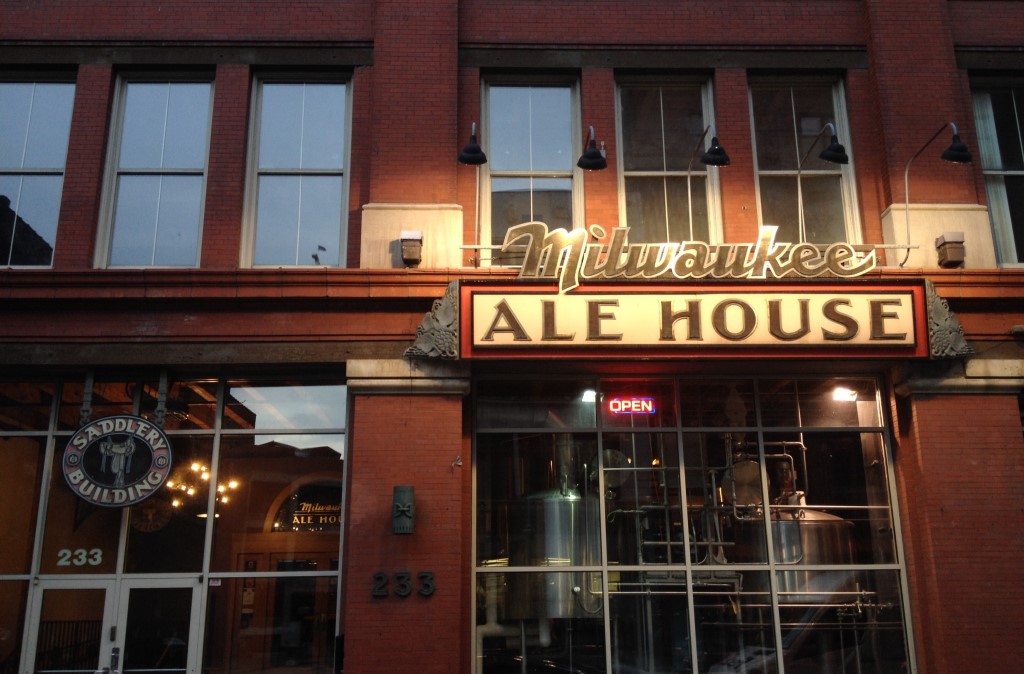 In 1997, Jim McCabe and his then-partner Mike Bieser, took a gamble and rented a huge loft space in a Historic Third Ward building. It was their plan to open a brewpub there in the wide open space that spanned the glassy Water Street facade, where the brewing equipment was housed, and the Milwaukee River, where Great Lakes schooners once tied up, unloading their goods into buildings that, like this one, often served as warehouses and factories.

The former Joys Building had been purchased for $212,500 by the Pieper family on January 1st that year, and was renamed the Saddlery, after an early tenant in the 73,920 square foot building, which today is assessed at over $4 million.

In 1997, the neighborhood was undergoing a considerable change as old manufacturing companies moved out, or died, while thousands of linear feet of storefront with retail potential lay vacant. Few lived in the neighborhood, and visitors were scarce. Pedestrian activity was virtually unknown. The action here was mostly that of vehicles racing through during rush hours. The only time traffic would slow would be for the openings of the Water Street Bridge, a block to the south.

So much for the street side of things. On the river frontage, the picture was even more bleak. The building had just a few feet of land on its side of the sheet piling. The abutment of the former Buffalo St. bridge loomed just beyond.

But McCabe was determined to open his brewery at the site, fitting the interior with a bar that ran much the width of the front room, and installing a stage on the brick wall at the north of the building. He began offering his beer, brewed right on site and within sight of the visitors. It did well, and McCabe’s move seemed prescient as the years rolled on.

Today, the street is packed with activity year round, thousands have moved into the district, and the once desolate riverfront is a multi-decked affair at the Ale House, adjacent to an award-winning Milwaukee RiverWalk segment that opened in 2004.

Thanks to its tall ceilings and windows, the interior is light-filled. Thanks to the massive cedar columns and beams that compose most of the structure, the Cream City brick and the maple floors, the interior is warm, with plenty of room to wander for those so disposed.

Fans of structural engineering will admire the system that holds the building in place, a hybrid one that joins the wooden members with iron supports and brackets. This greatly expedited construction of the building, since it did not require extensive and time-consuming joinery. Gravity does most of the work of holding this place together.

The bar makes a little loop toward the middle, and here and there a column is your seat mate. Chalkboards list the dozens of available beers, many on tap, brewed here and at the Milwaukee Brewing Company‘s plant in Walker’s Point. (The company has announced plans to open a much larger brewery at the former Pabst Brewery.) 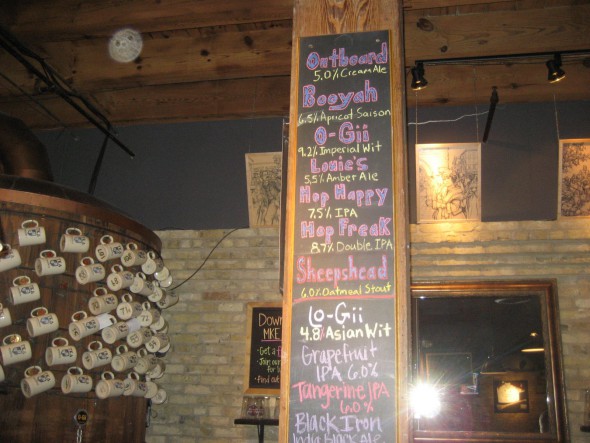 Farsighted McCabe had registered the name “Milwaukee Brewing Company” at the same time as he created the Ale House. I marveled then that such a plum of a business name had been so readily hanging. It was evidence that McCabe’s aspirations led further than a brewpub, and that he intended to one day become a brewery. That facility opened in 2007, and now produces more than 12,000 barrels annually. It, like the Ale House, is a popular stop for tourists.

The Ale House is also a restaurant, and a popular after-work spot. Most nights it has live music beginning around 9:30 p.m. At this time of year, the deck is particularly inviting, and its upper level, bathed in afternoon sunlight, is filled with diners at the four-top tables arrayed with a magnificent view of downtown and the river.

A staircase takes you down to the lower level of the deck, where it adjoins the riverwalk. Here are also more tables, along with casual bench seating.

Head into the building from down here, and you will find the Hopside Down, an intimate spot of less than 1,000 square feet, with a simple bar lined up against the wall, and a number of tables within.

Grab a beer and head back outside.

A further attraction to the riverfront, here where cargo ships once unloaded their wares, are the boat slips that are available for visitors with a suitable maritime conveyance. These tend to be yachts, and smaller pleasure boats, along with kayaks, canoes and even fishing boats.

There are also the occasional sailing vessels here. The Ale House is at the furthest upstream point for navigation for sailing vessels on the Milwaukee river, due to the St. Paul Ave. bridge being of lift, and not bascule construction as are the Water Street and Broadway bridges.

The Ale House harbor will be busy on September 24th, and you’ll see lots of sailboats from around the Great Lakes for the 18th annual “Louie’s Last Regatta,” which is billed as one of the largest fundraising regattas in the United States. It benefits Children’s Hospital of Wisconsin. Its first sailing drew 12 boats and raised $900. By 2013 the cumulative total raised exceeded $1 million.

For those who want to get their Regatta on early, the Ale House is offering its Fourth Annual IPA Week, beginning Friday, September 9th. 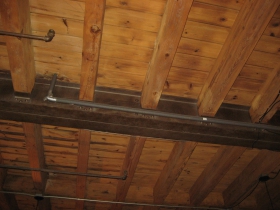 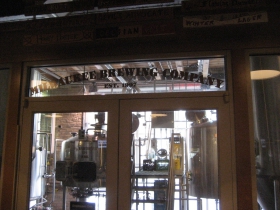 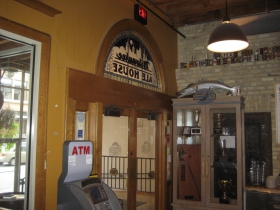 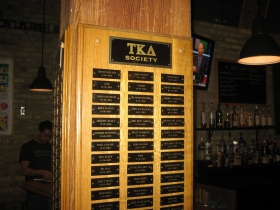 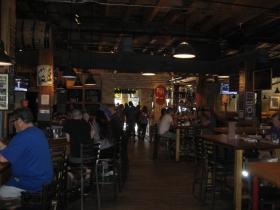 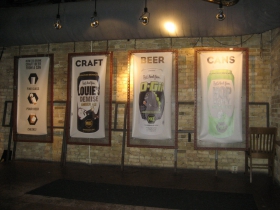