By Andy Balaskovitz, Energy News Network - Aug 24th, 2016 12:14 pm
Get a daily rundown of the top stories on Urban Milwaukee 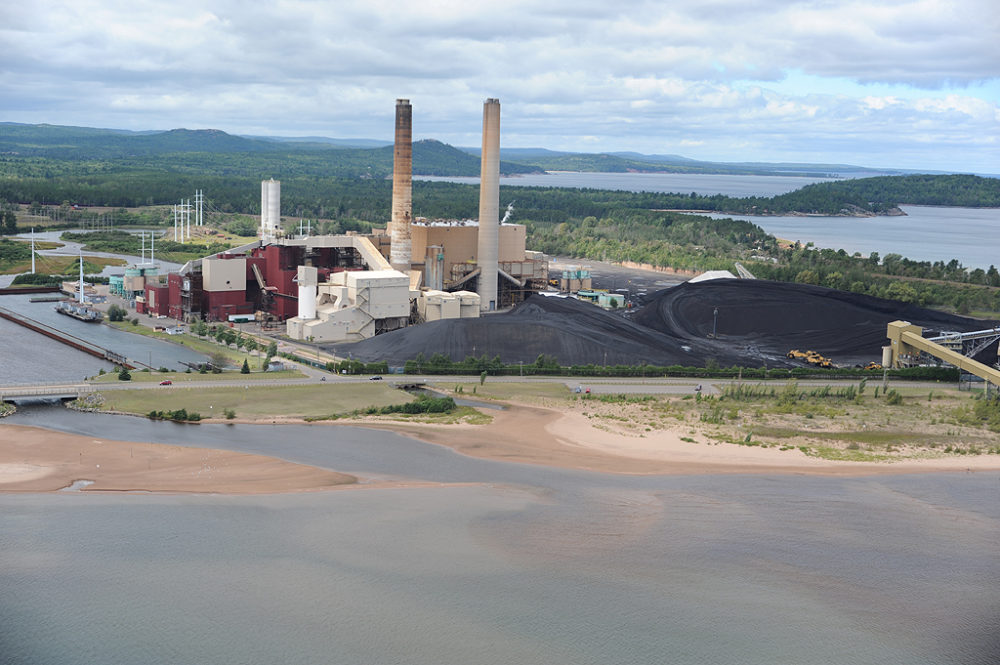 A group of Michigan entities wants the Federal Energy Regulatory Commission to investigate and take “remedial action” against Wisconsin Electric Power Co. for “manipulating” corporate documents in an effort to recoup $1.4 million from ratepayers on upgrades it made to an Upper Peninsula coal plant.

In a draft shared with Midwest Energy News that is expected to be filed with FERC later this month, the groups allege WEPCo fraudulently post-dated invoices related to consulting work done on upgrades at the Presque Isle Power Plant.

By doing so, the utility at the time apparently sought to recoup costs for plant upgrades it made to comply with federal Mercury and Air Toxics Standards, according to regulatory filings.

WEPCo declined to comment, citing an ongoing case before FERC.

In a ruling issued on July 25, Administrative Law Judge Michael Haubner said evidence was discovered during a deposition showing a WEPCo employee changed the date on a consulting services invoice.

“It appears this manipulation was done by WEPCo to include these costs” under a later agreement and potentially be recovered, Haubner wrote. He went on to call the charges “unjust and unreasonable.”

In its planned FERC filing, the Michigan Aligned Parties in the case — consisting of a mining company near Marquette, Cloverland Electric Cooperative, Verso Corp., the city of Mackinac Island, the Sault Ste. Marie Tribe of Chippewa Indians and the Upper Peninsula Power Co. — elaborate on WEPCo’s actions and ask FERC’s Office of Enforcement to investigate and take “remedial action.”

A WEPCo employee asked a consultant to change the date on and resubmit an invoice so it reflected a timeframe in which the utility could have recouped MATS-related costs, regulatory filings show.

More broadly, Haubner’s ruling addresses costs that will be charged to Upper Peninsula ratepayers to keep the Marquette coal plant open under a System Support Resource agreement. Haubner ruled that U.P. ratepayers should receive at least $17 million in refunds after being overcharged to support the plant.

An official with Cloverland, which is expected to be on the hook for $9.8 million in SSR payments, said he is “very concerned” about WEPCo’s actions.

“That kind of manipulation really does draw into question the answers we get on other issues,” said Cloverland CEO Dan Dasho. Cloverland also buys electricity wholesale from WEPCo’s generating units. “This is extremely unfair and takes advantage of (WEPCo’s) position as the holder of that information they provide to (grid operator Midcontinent Independent System Operator) in order to get paid.”

WEPCo spokesperson Brian Manthey spokesman said in a statement: “To be clear, we are not seeking to recover MATS compliance costs through the SSR payments. Beyond that, the company will not comment on cases currently being litigated. The issues that are in contention in the initial ALJ decision, including this issue, will be addressed by our future filings in this case.”

Additionally, Haubner ruled that WEPCo — a subsidiary of Milwaukee-based WEC Energy Group — was compensated nearly nine times more than the costs it actually incurred to maintain the Presque Isle plant. His ruling is subject to FERC approval. The 61-year-old coal plant has been at the center of a controversy involving electric reliability and generation in the U.P.

“Incredibly, in the case before me the contract rate was almost 900 percent higher than justified by the actual data,” Haubner wrote.

The Michigan Agency for Energy did not address WEPCo’s actions specifically, but referred to an agency statement from July 25 critical of MISO’s process for determining SSR costs.

“MISO blindly accepted numbers without reviewing their reasonableness, resulting in the state and other interested parties having to challenge the expenses through costly proceedings at FERC,” Michigan Agency for Energy Director Valerie Brader said. “Michigan strongly supports proposed reforms that will let the people footing the bill put those costs to the smell test before anyone signs on the bottom line.”

Meanwhile, Michigan officials announced a new plan on Monday meant to solve the area’s generation and reliability problems when Presque Isle shuts down by 2020.

Under the plan, WEC Energy Group will create a new Michigan-based utility that would own and operate 170 megawatts of natural gas-fired power stations to support Cliffs Natural Resources mining operations near Marquette. Tentative costs for the project are $255 million with the upfront investment being paid through WEC Energy’s affiliates, a utility spokesperson said. The new generation is projected to be operational in 2019.

The agreement would be subject to approval by Michigan regulators.

“This agreement with WEC Energy Group will provide Cliffs’ Tilden Mine and the ratepayers of the Upper Peninsula with a clean, stable and cost-effective source of electric power. Cliffs views this agreement as critical to sustaining and enhancing the long-term competitiveness of our Tilden Mine and we look forward to working with the state of Michigan and WEC Energy Group to ensure timely regulatory review and approval,” Lourenco Goncalves, chairman, president and CEO of Cliffs, said in a statement.

A previous proposal involving Chicago-based Invenergy building a natural gas plant for the mines appears to have fallen through. An Invenergy spokesperson could not be reached for comment.

While Michigan officials praised the deal, Dasho still has concerns about whether cheaper alternatives exist and Cloverland customers being on the hook for potentially more SSR costs should the mining operations cease.

“I’m very concerned about what’s being proposed,” Dasho said. “It would seem we’re at a very big risk unless a number of questions are answered.”

Andy Balaskovitz is a reporter for Midwest Energy News where this story was first published.