All Lives Matter? Yes and No.

Criticism of Black Lives Matter ignores the history behind the protests. 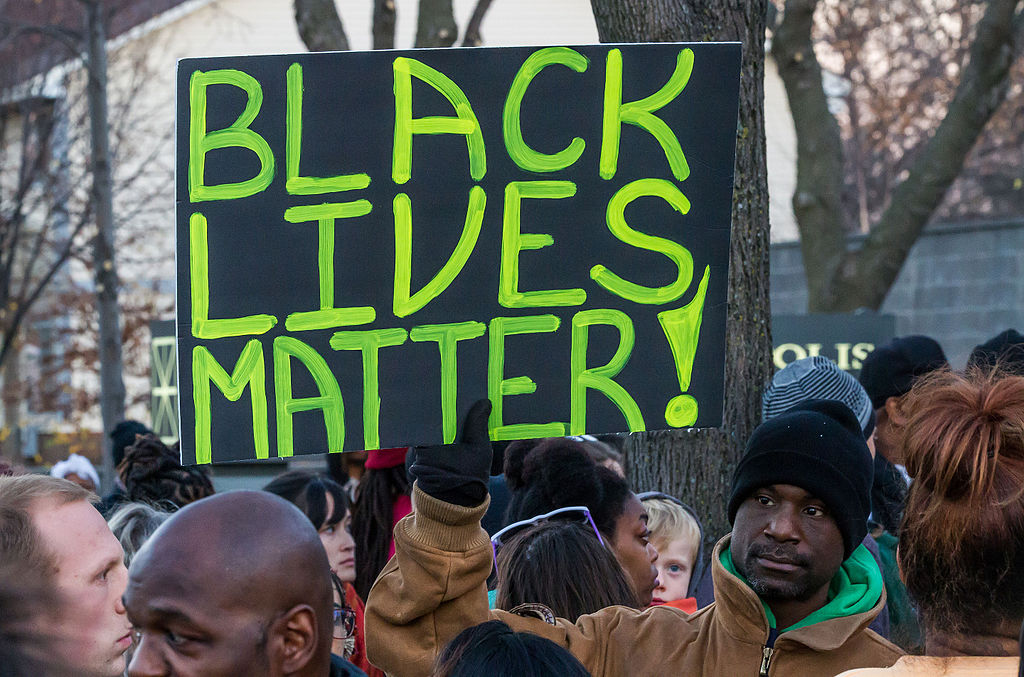 Last week at the MLB All-Star Game Canadian singer Remigio Pereira found himself in hot water because he altered the Canadian national anthem and held up a sign in support of “All Lives Matter.”

Meanwhile, members of the WNBA Champion Minnesota Lynx wore t-shirts and spoke out in support of the Black Lives Matter (BLM) movement one week after police killed Philando Castile in suburban St. Paul.

Here in Milwaukee, Bucks star Jabari Parker came out in support of BLM via his Instagram account. Meanwhile, in Dallas and in Baton Rouge, police officers have been killed by lone black shooters.

While the recent murders of both black men and police officers have made many feel the need to take sides, as Urban Milwaukee editor Bruce Murphy has pointed out it’s imperative to move past the emotions, consider the facts and understand the historical and political context of these movements.

Yes, all lives matter. Of course they do. As a general, philosophical statement, all human life is precious. At the end of the day we all bleed red. To hold one subset of humanity in higher regard than another is incongruous with nature.

That being said, all lives have not mattered equally throughout history. When America was being built black lives mattered very little. African slaves were legally considered three-fifths of a person. Families were torn apart as mothers went to work on one plantation, children were sent to work on another, and their fathers to yet another. Racism was not merely an attitude, it was codified into law and promoted through cultural propaganda.

The byproduct of this legacy is institutional racism, which hangs over American society like an insidious cloud. It is there whether or not we see or experience it. Study upon study confirms that racial injustice is a reality that non-white Americans deal with every day. No recent testimony has illuminated this more poignantly than that of the surgeon in Dallas who treated the wounded police officers.

“I want Dallas police also to see me, a black man, and understand that I support you, I will defend you and I will care for you. That doesn’t mean that I do not fear you,” said Dr. Brian Williams at a press conference.

Faced with a rash of police killings of innocent African American men and women these past few years, concerned citizens have organized around the BLM movement. BLM is the latest in a long tradition of social movements fighting for racial justice in America, which dates back to slavery. These movements have not been exclusively black, as many non-black supporters have lent their voice and energy to the struggle for justice.

By no means is BLM arguing that black lives matter more than any other lives. There is profound irony in the assertion that BLM is “not promoting inclusivity,” considering BLM is a response to the fact that police officers continue to kill innocent African Americans. As Whittier law professor Patricia Leary wrote in response to student complaints about wearing a BLM t-shirt, “When people are receiving messages from the culture in which they live that their lives are less important than other lives, it is a cruel distortion of reality to scold them for not being inclusive enough.”

In his apology video posted to Facebook last week, Pereira claimed to not be a racist, primarily because he grew up in a multicultural environment, his best friend was black, and he has a biracial daughter. Those credentials might give him a pass for being non-racist, but it does not excuse his ignorance of the connotation that “All Lives Matter” holds in light of the BLM movement.

Another half-baked claim that aims to discredit BLM is that “police brutality against black people has gotten worse under America’s first black president.” This statement also lacks context. Police brutality against black people was much, much worse in the 20th Century, but there were very limited ways to expose it. Only during Obama’s Presidency has it become the norm that almost everyone has a video camera capable of live streaming in their pocket, with the ability to instantly share that video through social media.

The Minnesota Lynx players and Jabari Parker should be applauded for their support of BLM, considering professional sports organizations would rather their athletes live in a fantasy world devoid of political and historical context. As a spokesperson for the importance of good attendance in Milwaukee Public Schools, Parker is using his celebrity to inspire change. After all, education is the most effective weapon in the fight for justice.

March in Honor of Philando Castile and Alton Sterling