The city's best architect lives in a... solid East Side home. But those plaster cracks! 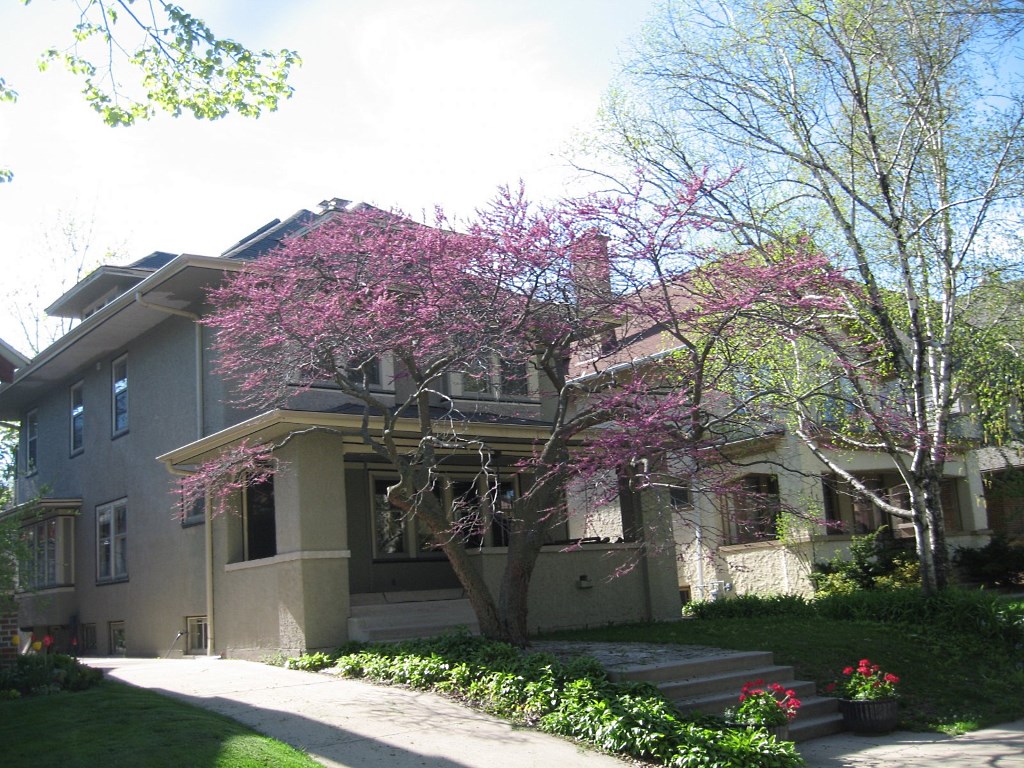 The best example of the former type is Frank Lloyd Wright, whose Taliesin in Spring Green, Wisconsin, is the most famous architect’s home on earth.

On the other hand, there is Santiago Calatrava, the Spanish visionary who has transformed cityscapes worldwide, including Milwaukee, where his addition to the Milwaukee Art Museum was his first U.S. commission. Calatrava lives on Park Avenue in New York City, in three adjoining townhouses that were constructed long before he was born.

Also in the latter camp is Jim Shields, FAIA, the Design Principal of the Milwaukee office of HGA Architects and Engineers. We’ll add his wife Joy Peot-Shields to the list, since she was a registered architect (1986-2014) and she lives here as well.

Unlike Wright, neither Jim Shields nor Calatrava are much engaged in domestic architecture, but rather concentrate their professional attention on public projects like museums and civic facilities.

In fact, Shields was called upon by the art museum in 2014 to work out a few longstanding architectural problems that Don Calatrava could not be bothered with when he constructed his masterpiece on the lakefront.

The Shields galleria addition, a resolution of the Saarinen/Kahler/Calatrava conundrum was constructed after great drama. It has been widely praised by critics, the public, and by those who work at the museum.

So where does this museum designer (he also gave us Discovery World) and “recognized authority of worship spaces for the Catholic liturgy” live?

Not far from where he was born and grew up.

In February 2015, I attended a presentation by Shields to Brady Street neighbors. He began by saying he was born on N. Prospect Ave., and subsequently lived on N. Bartlett and N. Frederick avenues before moving into his current N. Hackett Ave. home in 1992. House Confidential has got us a lifer.

Who was the Architect’s Architect?

Shields and his wife live in a 1913 home designed by Perce Schley and developed by his father George Schley. Perce was a self-taught architect and worked nimbly between many genres, paying particular attention to styles that would sell.

The facades of his homes were generally dignified and interchangeable window dressing for efficient, well-built upper-middle-class homes of the early automotive era. The radical groundwork for the interiors had already been laid by Wright and others. Here, for the first time, homes were designed from scratch with modern plumbing, heating and lighting systems. These mechanical devices minimized the labor required to maintain a good-sized home. The resulting savings in space once devoted to servant’s rooms and the endless hallways and doors needed to close off the domestics from the family allowed architects to pack a lot of living into relatively little space. Ceilings, too, could be lower, since there was less reliance on natural light. These and other factors led to the ascendence of the horizontal over the vertical elements in residential design. Milwaukee’s Upper East Side proved to be a wonderful laboratory for Schley and others to build their modern homes.

This one was constructed at a cost of $7,000 in October, 1913. Perce Schley must have hit his target market for the design, for while it was still under construction, it was purchased by one Louis Dulzer, who paid to have a $75 garage built in the rear of the property. The permit read that the garage had to be constructed “according to ordinance.” N. Hackett Ave., is regrettably, one of the East Side streets not served with alleys (cheap developers), so the cars have to enter and exit via the street. This provides a considerable reduction in landscape potential in an area where lots are 40 feet wide and 120 feet deep. The Shields residence makes the most of this with a pair of colorful potted geraniums on the stairs leading up to the residence, which is perched on a slight rise of about three feet. Hostas and other perennials line the driveway, and the whole front yard is shaded by an Eastern Redbud, (Cercis canadensis) which was in spectacular bloom at the time of my visit.

After a brief plateau, a set of stairs leads up to the porch of the grey stucco home, with an entry door to the left, and four identical windows massed together (a common Prairie School feature) on the right. Hanging from the porch is a swing, which must provide a romantic vantage point from which to enjoy the neighborhood. Upstairs we find a couple of dormers, and further up, in the nether region of the attic, even more dormers are to be seen. The building is shadowed by wide overhanging eaves, another Prairie School touch that adds to the horizontal element of the home. In scale, massing, etc., the home fits in perfectly with its surroundings, neither impudently announcing itself, nor holding back too much from the party. Like its residents, it fits right in.

Was Home of Real Estate Leader

In 1923 this was the home of Herbert Segnitz, whose father opened a real estate firm in 1886. The firm was located for a long time in the Brumder Building, and the Segnitz company managed the considerable real estate assets of the Brumder estate. It was merged with Ogden & Co. in 1956, uniting the city’s two oldest real estate companies. (Ogden & Co. remains in business.)

The home was later owned by Kenneth Royal, who put in four outlets in 1957, the first time the building appears in the permit records after the garage debacle.

The old house apparently didn’t need much work over the years, and was spared many indignities in alterations. Two skylights bring sunshine into the attic, but the assessor noted in a visit that the attic has only one radiator. One radiator and all the sunshine in the sky is not sufficient to heat a 320 square foot attic in a Milwaukee winter. But then the maid moved out decades ago, so who cares?

The home has four bedrooms and two-and-a-half bathrooms, but its principal feature seems to be the quality with which upper middle class homes were built here in the first decades of the 20th century. The home has what had been described as “beamed ceilings, beautiful wood panelling.” It even has an Inglenook to overwinter your geraniums.

But for almost any old home, a renovation of the kitchen is virtually unavoidable, and the heart of this home underwent some sort of transition (without the benefit of permit) over the years.

We leave it to the words of the city assessor who took a look at the interior of the home, noting among other things such trifles as the second floor with its “typical plaster cracks, etc.”

What horrified the poor assessor was the condition of the kitchen. “Only an average [score]. Kitchen renovation not really a plus here. Cedar Boards (DIAGONAL!) Don’t really fit the character of the home.”

I have a feeling those dreaded diagonal boards are gone by now. 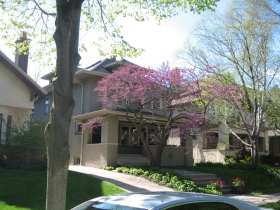 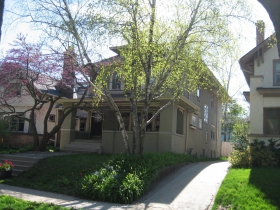 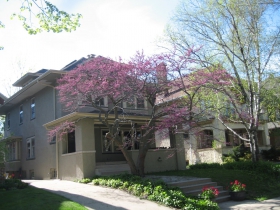 How Milwaukee Is It? The residence is 3.2 miles from City Hall.