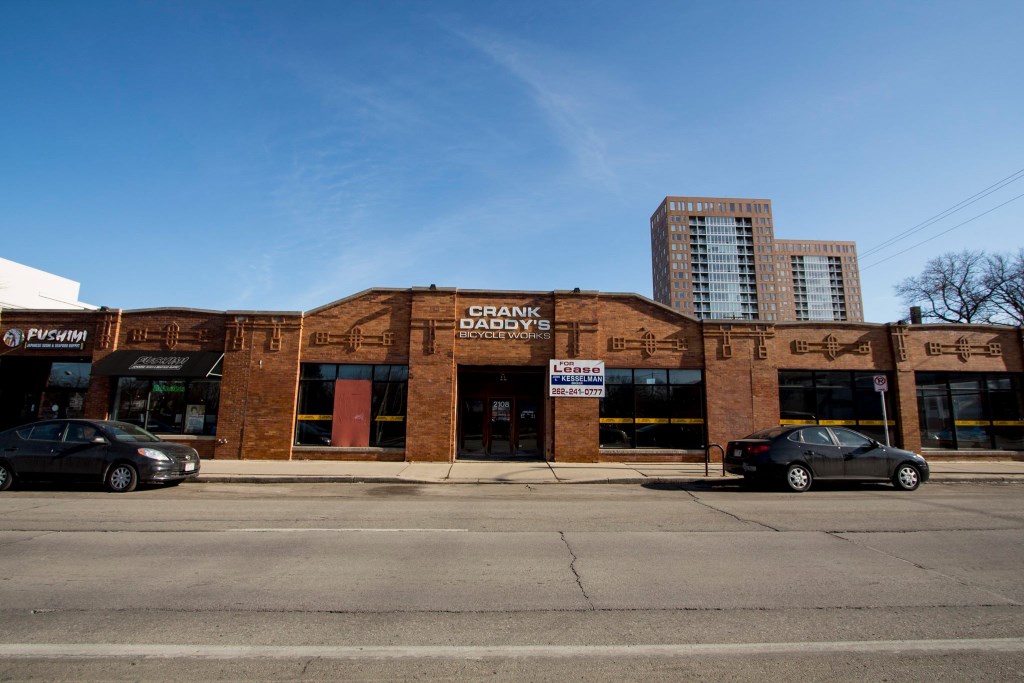 At the end of April, this bar and grill quietly opened at 6139 W. Beloit Rd. in West Allis. The space that once held the Whammy Bar as well as Smokin’ Joes before that has been completely remodeled. General Manager J.J. Reiner describes the remodeled space as a ‘musicians’ bar’ that will host live music every Friday and Saturday. The official grand opening for Lucky Chance bar and grill is set for the weekend of May 20th and 21st. OnMilwaukee.com’s Molly Snyder adds:

“There are also 12 taps now instead of four, with a focus on craft beer, and a cocktail list with, aptly, drinks named after bands and musicians…

The new food menu is still a work in progress, but already features salads, burgers, flatbreads and more.

Beginning Sunday, May 22, Lucky Chance will host a ‘hangover club’ with made-to-order omelets and a Bloody Bar. There’s also a happy hour with discounted drinks from 2 to 6 p.m. on weekdays.

Lucky Chance will be open every day of the week: Sunday through Thursdays from 11 a.m. to midnight and Friday and Saturday from 11 a.m. until 2:30 a.m.”

This shared-plates restaurant opens Wednesday night in the Delafield Hotel. It replaces Andrews, which operated in the hotel for years and will serve dinner and eventually brunch. The Milwaukee Journal Sentinel’s Carol Deptolla reports:

The kitchen now has a wood-burning oven and grill to prepare some of its dishes.

This craft brewery and taproom, which will be located 2108 N. Farwell Ave., is due to open in June. The brewery has already made some key hiring choices. Two of which include Rumpus Room Chef Guy Davies and former Malt Shoppe owner Jeff Gray as head brewer. Deptolla adds more:

“Davies is developing a menu for the taproom. In addition to an everyday menu, the brewery plans to schedule beer dinners in its private room, which will seat up to 35 people.

Good City still is awaiting its state approval for brewing, but the brewers plan to open with up to nine beers on tap, in styles such as porter, pilsner, IPA, double IPA, imperial stout, and American session ale.”

The Treat Bake Shop Kitchen in the Third Ward serves some seriously scrumptious cookies. And now you can get a box of a dozen of its freshly baked cookies delivered to your doorstep. Treat Bake Shop has partnered up with Milwaukee’s on-demand bike messenger service Flavor Cycle, to create #CookieFriday. Lori Fredrich, from OnMilwaukee.com, reports:

“Now, for a small fee, you can have cookies delivered right to your doorstep on Fridays.

Cookie flavors are always changing, but here’s what’s been on the docket:

Flourless Peanut Butter: Not flourless in a healthy way, but in a dense, creamy, super peanut-buttery way.

Cookies are available from 10 a.m until 3 p.m (or until they are sold out). Cookies can be ordered in advance online or picked up at the Treat Bake Shop Kitchenin the Marshall Building, 207 E. Buffalo St., suite 212.”

As of Saturday May 14th, this spacious, outdoor bar that is attached to The Point, which is located at 904 S. Barclay St. in Walker’s Point, opened to the public at 4 p.m. Owners Clai Green, Elizabeth Atkinson and Robert Smith plan on serving up a rotating menu of various sangria concoctions which will come in glasses or pitchers and there will even be colossal margaritas along with a full bar. OMC’s Molly Snyder adds this;

“To drink at the Sangria Bar requires a membership card, but everyone is welcome to one.

Once a customer has a membership card, they are eligible to receive drink specials and more.”

“Founded in 1989, McAlister’s in the midst of a considerable growth spurt: It opened 27 restaurants in 2015, and committed to 60 additional locations.

Customers can expect deli fare at McAlister’s, which serves soups, sweet tea, a variety of sandwiches and salads, desserts and potatoes loaded with multiple toppings.”

Locavore, the casual fine-dining restaurant at Potawatomi Hotel & Casino, will close this summer and reopen under a new name and concept. “We’re confident the new restaurant will fulfill those wants and needs,” Potawatomi spokesperson Ryan Amundsen told Deptolla who added this:

Amundson could not specify a date for the restaurant’s closing, but said it was expected to be midsummer.

Locavore, with a focus on Midwestern ingredients, opened in August 2014 with Van Luu as chef. It was named a Top 30 restaurant in 2015.

Luu said he will be leaving Potawatomi.