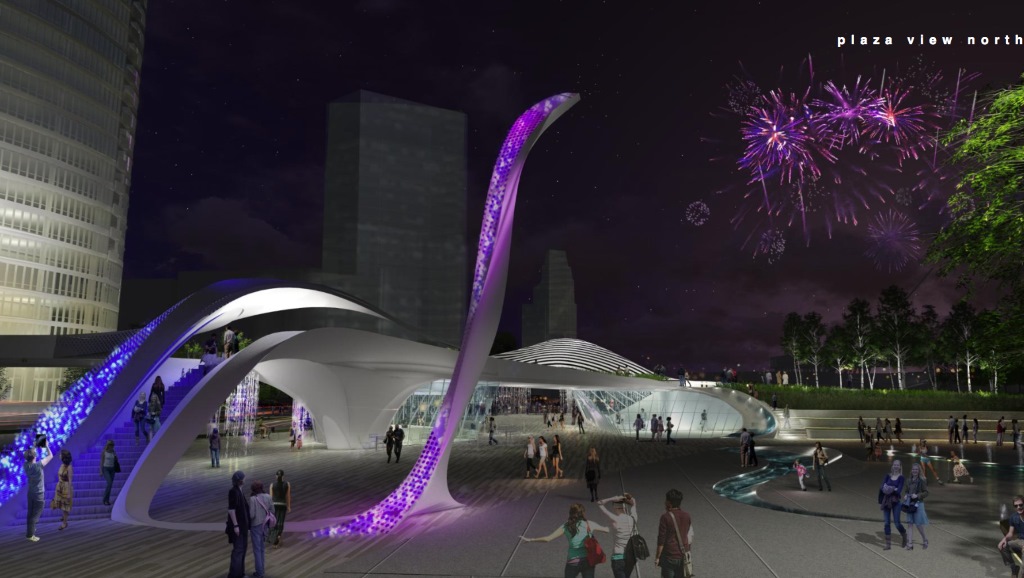 Urban Milwaukee won the silver award for Best Critical Review from the Milwaukee Press Club for Tom Bamberger’s In Public column of architecture criticism, including this column critiquing the lakefront design competition. The state-wide contest annually chooses the best journalistic work in Wisconsin.

‘We’re very pleased to win this award,” Urban Milwaukee President Jeramey Jannene said. “Coming on the heels of three awards we won last year, and the awards won in 2013 and 2012, it shows the quality of our work is getting regular recognition.”

The results were announced at the Press Club’s annual ceremony Friday night at the Intercontinental Hotel. Marty Baron, executive editor of The Washington Post, received the club’s 2016 Sacred Cat Award honoree. The award, which has been given annually since 1973, recognizes excellence in journalism at the national level. Baron has become famous for his previous work as editor of Boston Globe overseeing the paper’s Spotlight team of investigative reporters, who reported on the clergy sex abuse crisis in the Boston archdiocese.

Founded in 1885, the Milwaukee Press Club is the oldest, continuously operating press club in North America.