He rose from poverty to become council president. Can he help his neighborhood rise, too? 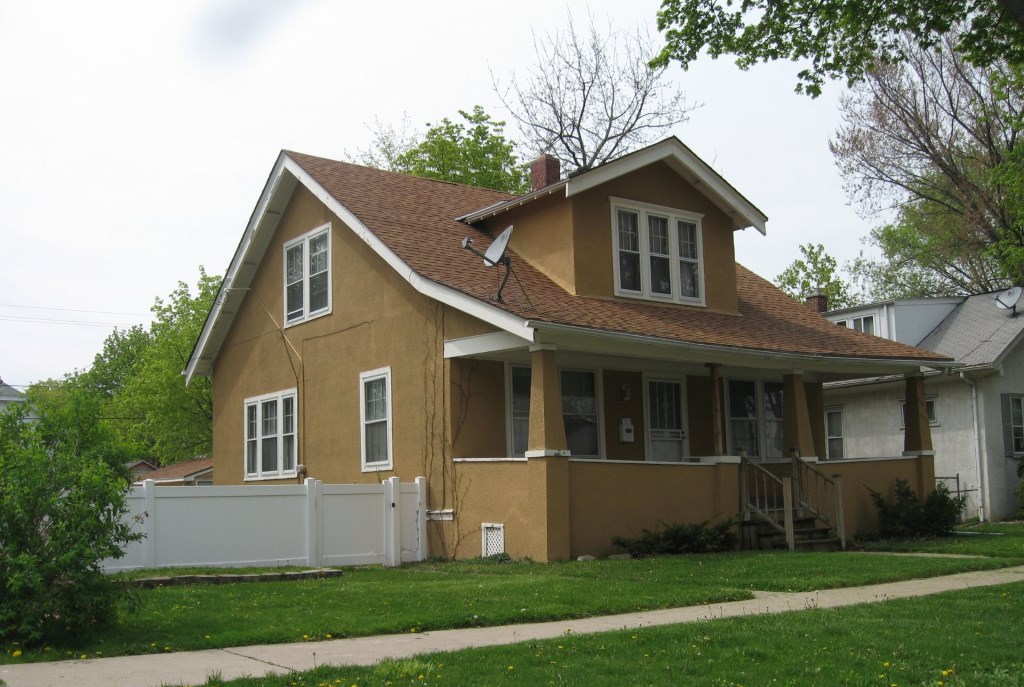 When he left this 1921 Stucco Bungalow on the morning of April 19th, Ashanti Hamilton was the Alderman for the 1st District of Milwaukee, where he had served since 2004, the same year he bought this home in the Old North Milwaukee neighborhood.

When he returned that evening, after the Charter Meeting of the Common Council, he had added another title to his style and dignity — that of Council President, the 48th in the city’s history (although records may be incomplete).

President Hamilton resides in a stucco covered frame building that measures 30 feet by 32 feet, and has one and a half stories, along with a cinder-block basement. It sits on a generous 60-by-120 foot lot near 35th and Silver Spring, and not far from Smith Park. Its neighboring homes date to more or less the same vintage, which is early considering the homes are about 8 miles from the city center, and had hopscotched other developable lots at the time of construction. Many areas to the south and east remained farm and field long after the homes of Payne’s Addition were constructed.

One reason this area was attractive was due to its distance from the city. Land was cheaper, and the property lie within the old Village of North Milwaukee, incorporated in 1897. North Milwaukee had low taxes and few services.

Another attraction of the area was the streetcar line that Henry C. Payne — he of Payne’s Addition — had constructed to connect the village with the city of Milwaukee and to sell lots in his subdivision. Even so, the homes were serviced by street and alley, and by 1926 F. A. Landgreen [spelling uncertain], the original owner of the home, paid $125 to construct a frame one-car garage in the rear of the property in what was by then the City of North Milwaukee. By 1929 North Milwaukee had merged with its namesake city, and this home was on its slow route to becoming the residence of the President of the Common Council of the City of Milwaukee.

The home went through many ownership changes over the years. In 1976 it was advertised for $27,500 as a “generous size low maintenance (including aluminum storms and screens) four bedroom bungalow featuring modern bath, extra wide lot with an abundance of shrubs and a mature tree for back yard shade.”

The shrubs today are no longer abundant, and it looks like the tree is no longer casting shade in the back yard. The garage was then new, having been replaced in 1972 with a 352-square-foot number erected at a cost of $1,800.

In 1980, it was listed as a “lovely stucco bungalow featuring formal DR, Huge Kitchen plus pantry.”

A number of other trades took place here, including a foreclosure in 2004 that opened the door for Ald. Hamilton and his wife Rosha Hamilton to buy the property for a little over $89,000.

That is because today this home is only assessed at $45,500 — less than half of its 2006 assessment of $95,800, before the housing market fueled the Great Recession that has left Hamilton’s district riddled with once usable homes and commercial buildings that have since become uninhabitable.

Accordingly, Hamilton, as president, has announced plans to speed up the demolition of vacant buildings in his district and city-wide.

Ashanti Hamilton grew up in poverty and as a teen was once photographed and interviewed in a Milwaukee Magazine story about life in the inner city.

If Hamilton struggled as a youth, his official bio makes no mention, nor does it note the high school (Riverside) he attended. It does say he “earned his bachelor’s degree in English at Marquette University, where he was a member of Phi Beta Sigma Fraternity, Inc. He participated in the Upward Bound program and worked in Marquette’s Educational Opportunity Program. After graduation, he went on to teach English, and he coached track and football.”

He taught at Riverside High School in the late 1990s, which then had a student body that was 50 percent African American, 25 percent white, 15 percent Latino and 10 percent other minorities. Hamilton was signaled out in an article in Rethinking Schools about multicultural education that discussed a class he taught where the second semester discussed racism against blacks and prejudice of all kinds.

“Included in discussions,” the story reported, “was talk of lynches, the treatment of Native Americans, and the persecution of Jews and other people during Hitler’s Holocaust. Discussions also included the Asian and Hispanic experiences and what it means to be bilingual in the United States. Hamilton also made sure he included positive examples of white Americans including abolitionists and Milwaukee’s own Father James Groppi, the… civil rights activist. For some of the students, the frank and open discussions were overwhelming, Hamilton said. ‘It was heart- wrenching,’ Hamilton said. ‘There were tears and everything.'”

Hamilton left Riverside to attend Thurgood Marshall Law School at Texas Southern University, where he earned his law degree. He was elected to the Milwaukee Common Council in 2004 and reelected three times since then. Immediately after the April 2016 Hamilton forged a unique alliance of black council members and three white South Side aldermen who lean conservative on issues like the streetcar, to supplant Ald. Michael Murphy as council president. He is the fourth African American in city history to serve in that role.

As alderman, Hamilton co-authored an ordinance reducing punishment for marijuana possession to a $50 fine.

He has focused on issues of poverty and employment: he introduced the Milwaukee Opportunities Restoring Employment ordinance and the Milwaukee Promise, which was established in 2011 to address poverty, disparities and inequality. He was a driving force behind the Milwaukee Promise Zones initiative, created to strengthen revitalization efforts in the city’s poorest neighborhoods. He sponsored the Milwaukee Jobs Act, which developed a comprehensive set of policies related to job creation, job opportunity, job quality and job security.

Hamilton has served served as president of the Milwaukee Public Library Board of Trustees and as a board member of the Milwaukee Area Technical College, Local Initiatives Support Corporation, the Wisconsin Center District and the National League of Cities.

Hamilton lives in home filled with ladies: he has five daughters, two of whom are already in college. 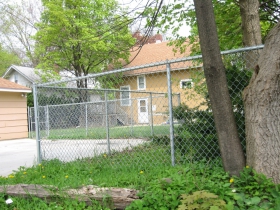 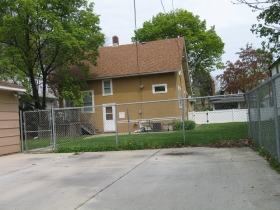 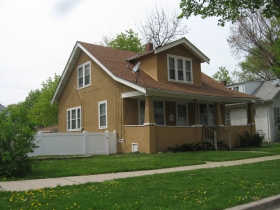 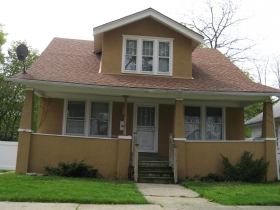 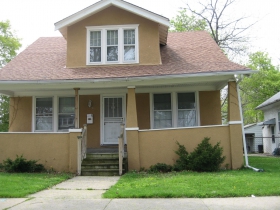 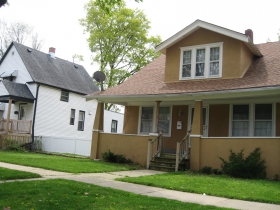 How Milwaukee Is It? The residence is 8.38 miles from City Hall.