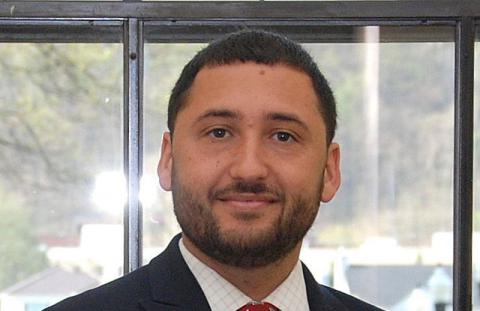 Misha Tseytlin. Photo from the State of Wisconsin.

Somehow, despite cutting public schools and the UW System, borrowing to fund transportation, and decimating the Department of Natural Resources, the GOP found a way to fund a new and largely unaccountable solicitor general with several new deputies, charged with using taxpayer money to fight ideological battles in court. Wisconsin Solicitor General Misha Tseytlin’s position showcases once again the wrong priorities Gov. Scott Walker and legislative Republicans have for Wisconsin.

The funny thing is that Wisconsin already employs attorneys within the Department of Justice who perform all of the duties Tseytlin is now executing. Adding a solicitor general seems to be the height of inefficiency and wastefulness, so there must be another reason for its existence.

The reason is this: It’s no secret that Wisconsin has become a laboratory for American Legislative Exchange Council policies. ALEC is the conservative group that drafts model state-level legislation. It’s now the solicitor general’s job to pursue these policies in court, even if Wisconsin isn’t involved in the case or if the case is one certain to be lost.

In fact, during budget deliberations on the Joint Finance Committee, I explicitly asked if the function of the solicitor general’s office would be to sue the federal government — and the answer was yes.

Unlike special interest groups such as the National Rifle Association or Wisconsin Manufacturers & Commerce, the DOJ is not supposed to have a “single-minded” interest. The GOP is using the solicitor general’s office to bring Wisconsin policy in line with other ALEC states, against the will of the people. Instead of representing Wisconsinites, the solicitor general is representing the interests of Walker, legislative Republicans, ALEC, and right-wing special interest groups.

So far, the solicitor general has inserted himself several “high-profile” (i.e., important to the right-wing agenda) cases. Wisconsin, once a leader in environmental protection, is now involved in two suits against the EPA about the Clean Power Plan, one involving reducing carbon dioxide emissions and one involving reducing pollution in navigable waters.

Additionally, Tseytlin is in charge of Wisconsin’s voter (disenfranchisement) ID case, the costly and degrading drug testing of FoodShare recipients case, and has inserted himself via blog post into a U.S. Supreme Court case about a Texas law that places an undue burden on abortion access, the Wisconsin version of which was declared unconstitutional by two lower courts. Of course, the attorney general (with the solicitor general as the lead attorney) is now appealing Wisconsin’s abortion restrictions to the U.S. Supreme Court.

Most recently, the solicitor general’s office waded into two lawsuits against the federal government over the Affordable Care Act and a lawsuit against the Federal Communications Commission about how much inmates are charged for phone calls.

If you think your tax dollars would be better spent by not initiating frivolous suits or by submitting briefs in cases where Wisconsin is not a party, you’re not alone.

The DOJ is not designed to be an impact litigation firm. If they want to maintain their reputation as an agency that provides credible and sound legal information, the DOJ will rethink their political litigation. This is just another example of poor decision-making and lack of vision on the part of the GOP by spending mountains of money to bring unnecessary lawsuits that the state stands a good chance of losing.

Lastly, the people have a right to know how much these lawsuits are costing. That’s why I authored Assembly Bill 919 that requires DOJ to provide the Joint Finance Committee a report of all civil cases in litigation, the amount of money spent on each case, and the amount of staff time spent on each case. It is the government’s responsibility to be accountable to the public, and this is the first step in making the solicitor general’s office more transparent.