How to Balance Architecture and Ego 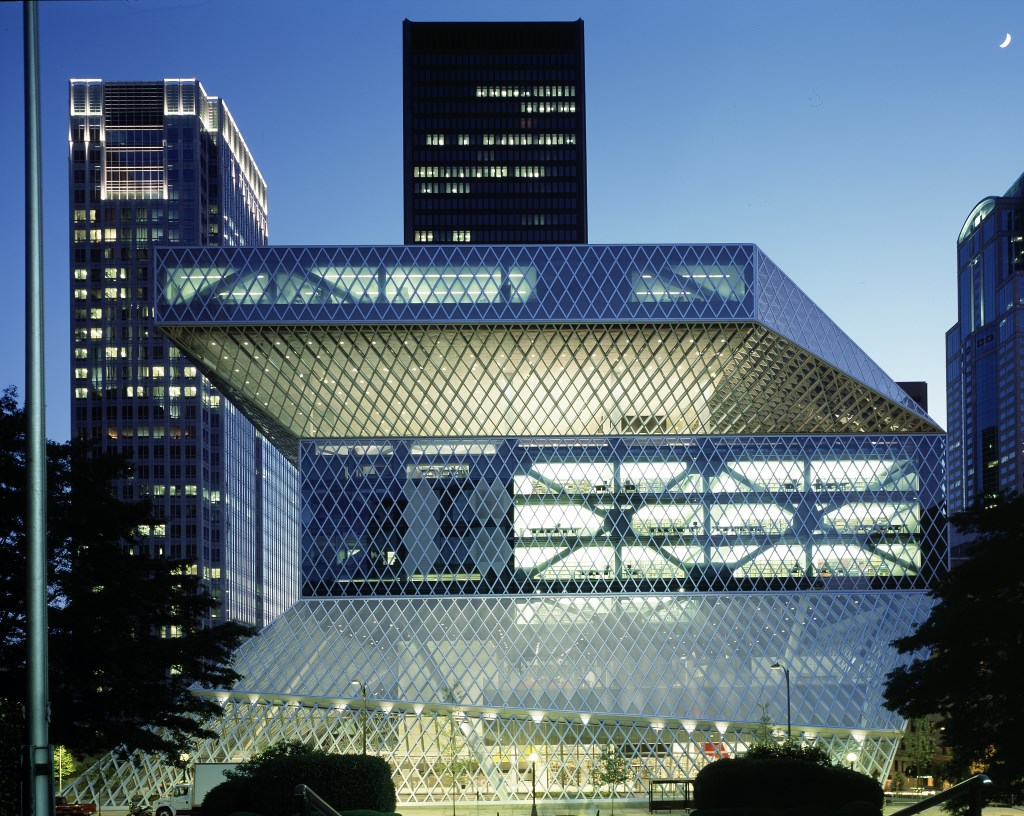 The Seattle Library. Design by REX.

The expansive, renovated 1875 Pritzlaff Building was the site of the 2016 Marcus Prize Lecture delivered on Thursday by Joshua Prince-Ramus, the 2015 recipient of the $100,000 “biennial, international architectural prize to recognize the talent and achievements of emerging architects in the early stages of their career.”

Some 250 attendees, ranging from students to retirees, attended the lecture by Prince-Ramus, who has been credited as one of the “5 greatest architects under 50” by The Huffington Post, one of the world’s most influential young architects by Wallpaper, and one of the 20 most influential players in design by Fast Company; he was also listed among “The 20 Essential Young Architects” by ICON magazine and featured as one of the “Best and Brightest” by Esquire magazine. This is the sort of resume that might lead to an outsized ego, but as we will learn, our lecturer has a solution to such problems. 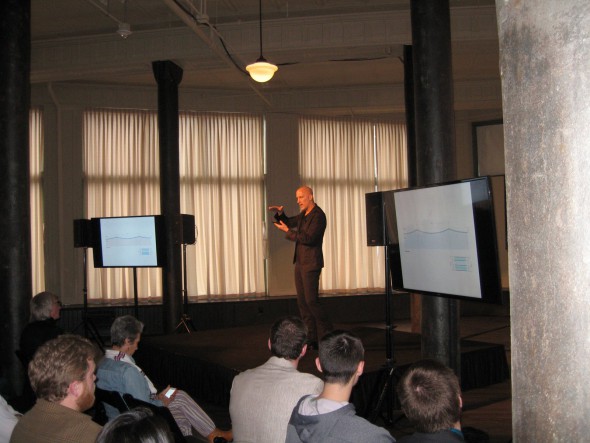 Prince-Ramos is also the founding principal of REX, the New York architecture firm that he rebranded in 2006 from OMA/New York, The Office for Metropolitan Architecture/Rem Koolhaas, of which he was the founder. “REX,” we learn, stands for “the Reappraisal [RE] of Architecture [X].”

Part of that reappraisal has to do with the shape of buildings. REX is fond of cantilevers, and if a way can be made for a building to be wider at the top than at the bottom, or sticking out here and there, REX is all over that.

Prince-Ramus, 46, delivered his lecture Ted-style, pacing the stage in his dark suit and matching designer T-shirt. The wardrobe alone might have cost him a good portion of his prize money. The Ted connection is relevant, since he is a former member of the Ted Brain Trust, and has delivered lectures about his design philosophy at Ted conferences in the past.

The talk was of a technical nature in some measure, as befitted the audience of design students and professionals.

For example, the audience learned about “Strategostructure.”

Prince-Ramus defined it in a 2011 MIT class as “A new typology—the “Strategostructure”— [which] must be pioneered that balances strategy and ego, and which retains conceptual coherence and credibility even if parts change and size demands multiple authors.”

Architects, you see, “failed to adequately consider multiple authorship and programmatic indeterminacy” in the past.

Prince-Ramus used an example of early skyscraper construction, in which buildings had setbacks as they grew taller. It was my impression that the setbacks were mandated to allow sunlight to penetrate to the streets below, but Prince-Ramus, as I gathered, said the setbacks were to allow more light to penetrate to the offices above. A good example in Milwaukee is the Wisconsin Gas Light Company Building.

Anyway, his contention was that the most valuable real estate — the stuff at the top — suffered from having the smallest floor plates, and therefore less rentable square footage.

An improvement came, Prince-Ramus said, with the development of the “pillar in the park” type of high rise in which the building itself is set back from the street, and then rises straight up. Milwaukee’s U. S. Bank Building would be an example of that sort of construction, and the Northwestern Mutual tower now rising will join it soon.

Why not, then, Prince-Ramus suggested, create buildings where the top floors are the largest, so that developers could really rake in the money? He illustrated his point with a drawing of an inverted pyramid sort of structure. I suppose you could use the MGIC building as an example of this sort of thing, but Prince-Ramus appears to think in a far grander scale.

Some of the firm’s achievements seem to have taken place in realms unexplored or ignored by other architects. As an example, Prince-Ramus mentioned his work on a private school that had an emphasis on performing arts. Most theaters and performing arts spaces have a network of catwalks and other dangerous spaces perched above where the theatrical gear is rigged.

His solution was to create a platform system above the theater that would make set changes and other activities easier and safer to accomplish. The theater would also be able to be compressed and expanded as needed.

In addition to his lecture, Prince-Ramus paid several visits to Milwaukee this spring to lead a graduate school studio with Prof. Matt Jarosz of the UW-Milwaukee School of Architecture and Urban Planning, which sponsored the program.

An exhibition of the work of REX, and of Prince-Ramus’s theory of “Strategostructure” is on display at the school, through May 6th. 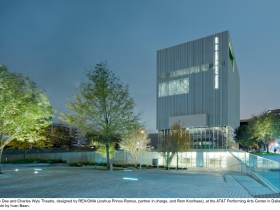 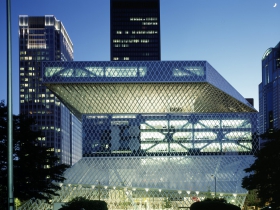 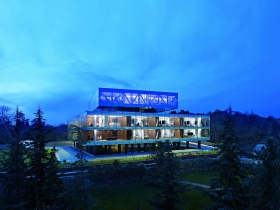 5 thoughts on “Plenty of Horne: How to Balance Architecture and Ego”