Was conservative Marquette prof “silenced” for his opinions? The controversy rages on. 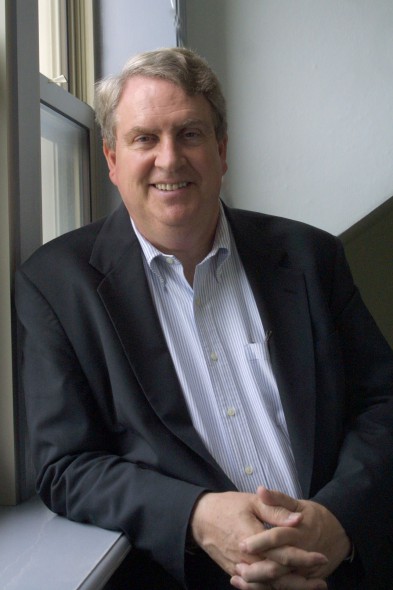 Abbate, of course, was just using a tactic typical among liberals now. Opinions with which they disagree are not merely wrong, and are not to be argued against on their merits, but are deemed “offensive” and need to be shut up.

Is this protected speech under the First Amendment to the United States constitution? Undoubtedly. But are these the words of a professional in the academic discipline of political science?

The above is a quote from Associate Professor John McAdams’ now notorious blog about philosophy instructor Cheryl Abbate.  As a result, the Ph.D. student became the target of right-wing trolls, who flooded her inbox with vicious email and even a death threat. Because of the harassment, Abbate left Marquette to continue her studies elsewhere, and Marquette, in January 2015, announced its intention of revoking McAdams’ tenure.

In his blog post, McAdams named Abbate but protected the identity of the MU sophomore I call Student Zero in honor of his role in a controversy that went viral and led to Marquette being named in the Huffington Post as one of the Top Ten Worst Colleges for Free Speech.

McAdams has been rattling his sabers and threatening to take Marquette to court, but so far the only redress involved has been from the university’s faculty hearing committee and the court of public opinion.

McAdams’ pro bono attorney, Rick Esenberg of the Wisconsin Institute for Law and Liberty (a.k.a. WILL, which received $500,000 in grants from the Bradley Foundation in 2014), demanded due process. The university was persuaded to convene the faculty hearing committee, which, according to Marquette’s own faculty handbook, should have been involved all along.

In the meantime, McAdams was banned from campus for seventeen months, drawing his full salary plus benefits and becoming something of a conservative cause célèbre, appearing on local TV news programs and on Charlie Sykes’ radio show – he and Sykes are regular collaborators – and becoming the topic of online articles in Atlantic Monthly, New Republic, and Slate. The right-leaning group FIRE (Foundation for Individual Rights in Education), which created the 10 Worst list that was reproduced in the Huffington Post, turned the controversy into a cause.

The faculty hearing committee’s decision was finally released by Marquette’s president Michael Lovell on March 24. McAdams had been hoping for a total reprieve – or total vindication. Marquette’s administration had agreed to abide by the committee’s decision. But the FHC – in a 123-page report on the Abbate incident and its aftermath – decided that McAdams should be suspended without pay from April 1, 2016 until he was finally allowed to return to full-time teaching in Spring 2017.

President Lovell tacked on his own requirement that McAdams issue an apology “for actions he took to publicly shame one of our graduate students” and gave him until April 14, 2016, to do it. Without the apology, McAdams would not be allowed back on campus.

When I spoke to McAdams the day Lovell announced the FHC’s findings, he seemed energized by his renewed battle with Marquette’s administration and clearly had no intention of apologizing. In fact, he believes he deserves no punishment at all. He fired back at Lovell with a letter in which he denied responsibility for the hate email sent to Abbate and said that if he is terminated for refusing to apologize, Lovell will be “committing yet another violation of due process” and “academic freedom.”

Marquette does have an anti-harassment/anti-bullying policy which prohibits behavior that either directly harasses any member of the campus community or causes them to be harassed by others. I’m an adjunct there and, like all employees, was required to take the training. But in his letter of April 4, McAdams claimed he was simply “standing up for an undergraduate who was bullied and ignored by an instructor and her department.”

The assertion that Student Zero’s complaints were ignored by Abbate’s department is questionable. Student Zero met twice with then-chair of the philosophy department Nancy Snow and professor Sebastian Luft. Afterward, Student Zero sent Snow a cordial email thanking her for the meeting.

So what did Abbate actually do? What heinous act of infringement of our sacred constitutional rights did she perform that unleashed hell?

The controversy dates back to a day in late October 2014 when Cheryl Abbate was teaching a class on the political philosophy of John Rawls, who wrote about how formerly disenfranchised groups could petition for the same rights as members of the political majority. Gay marriage was proposed in class as example. McAdams’ November 9 blog says Abbate “airily said that ‘everybody agrees on this, and there is no need to discuss it.’”

McAdams use of the word “airily” is one of the points of contention between him and the university, but it seems clear from my conversation with Student Zero, that he did not voice his objections to gay marriage in class.

In the transcript of the secret tape Student Zero made of his conversation with his instructor – which Marquette made public – Abbate and her student are clearly arguing. He wanted to send Abbate information about studies of children raised by gay couples, who, he alleged, fared badly in comparison to children raised in heterosexual households. And Abbate shot back, “Just like you were going to send me the other statistics about tail docking?”

Student Zero said, “Regardless of why I’m against gay marriage, it’s still wrong for [a] teacher to completely discredit one person’s opinion . . . ”  And Abbate said, “You don’t have a right in this class to make homophobic comments.”

Student Zero, who denies that he is homophobic, went to McAdams, his advisor, with the tape. By that time, Abbate was aware that she had been recorded, though she did not know it during most of her conversation with the student.

Student Zero, a conservative student activist, told me that secret taping, is “customary in the political world.” McAdams quoting of the secret tape is one of the reasons the university calls him “reckless” in his dealings with Abbate. Another is the fact that he never managed to reach her before running the blog.

McAdams lamented in his November 9, 2014 blog post, “Like the rest of academia, Marquette is less and less a real university. And when gay marriage cannot be discussed, certainly not a Catholic university.”

Apparently, at a “real” university every class is a forum for the free-flowing exchange of undergraduate opinion. But in that case, why go to college at all?

Attorney Esenberg claims, emphatically, that “whether or not he [McAdams] is terminated, he has still been punished for exercising rights guaranteed to him by contract, by the First Amendment, and by principles of academic freedom.”

For the record, the faculty handbook guarantees professors “academic freedom . . . proper to the scholar-teacher, whose profession is to increase knowledge in himself/herself and in others.”

And regarding the first amendment, Anuj Desai, a constitutional law professor at UW-Madison, whom I interviewed for an earlier article about McAdams for Milwaukee Magazine, claims that McAdams is out of luck. “Marquette is a private university and not a government entity, [so] the First Amendment does not come into play.”

McAdams, who is in his late sixties, has been teaching at Marquette since 1977, has a Ph.D. from Harvard, and has written two books on John F. Kennedy. His The New Class in Post-Industrial Society was published in 2015 by Palgrave Macmillan. He began his Marquette Warrior blog to provide an “independent, rather skeptical view of events at Marquette University.”

And yet, the tone and content of his blog are more those of a fulminating conservative media personality than a professor. Lowell Barrington, the chair of McAdams’ own political science department, was one of the Klinger College department chairs who signed a “reader submission” to the Marquette Tribune asserting that McAdams’ had “negatively affected campus climate,” and caused members of the campus community to alter their behavior out of fear of becoming the target of one of his attacks.

Which sounds rather inhibiting to academic freedom.

In his April 4 letter to Lovell, McAdams said that he believes his “criticism” of Abbate was “fair and warranted” but that he does regret that in response to this “fair and responsible criticism, others behaved irresponsibly and sent her emails that were not tolerable.” McAdams said he had no way of knowing that Abbate “would receive the emails she did” because, as far as he knew “no one I blogged about ever had.”

But McAdams does not sit around waiting for people to stumble upon his blog. He told me that he emails the Marquette Warrior to interested parties, like Fox News and Charlie Sykes. Student Zero told me that after a Fox News interview with him appeared online, “it all went downhill from there,” including a picket by Westboro Baptist Church.

As one Marquette professor put it, “There’s no question that McAdams is tied into a network. So for him to pretend he doesn’t know what’s going to happen when he disseminates his blog to that network is bullshit.”

It remains a matter of opinion whether John McAdams’ is a persecuted scholar or just another conservative fulminator collecting a paycheck from his favorite outrage target – at least he was until April 1, 2016.

But whether he is on the payroll at Marquette or not, McAdams’ battle with the university rages on. On Monday, April 11, the Marquette Warrior’s headline read: “Terrorist Supporter to Speak on Campus,” referring to two Palestinian feminists, Dr. Simona Sharoni and Dr. Rabab Abdulhadi, who were invited to speak at Marquette’s Gender and Sexuality Resource Center (a frequent McAdams’ target).

While Student Zero gives interviews to Fox 6 News and the Marquette Tribune and searches for a ghost writer to help him write a book about his side of the controversy, McAdams continues to fan the flames – and garner more negative publicity for Marquette. On Tuesday, April 14, the deadline for McAdams to issue his apology to the university, he quoted extensively from Diana Sroka Rickert’s column in the Chicago Tribune, “The Marquette Professor Who Dared to Speak Out”:

So a student disagreed with an instructor’s views on a polarizing issue. The instructor silenced the student. McAdams blogged about the incident, and after his blog post gained regional and national attention, Marquette silenced him too.

Really?  Is that what happened?

RT Both is a writer and teacher. Her work has appeared in Milwaukee Magazine, Great Lakes Review, and Fiction Writers Review, among others.

7 thoughts on “John McAdams Marches On”